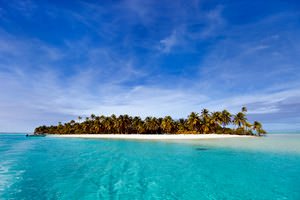 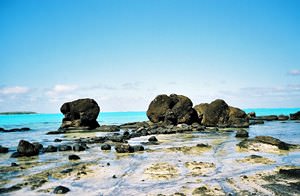 Cruises have become an essential entertaining activity on the islands. Trips to marvelous lagoons and observation of rich underwater life on glass bottom boats will please both adults and children. The majority of cruises cover Anatakitaki and Atiu caves, which limestone caverns are dotted with stalactites and stalagmites. Other popular destinations include Aitutaki Lagoon and Maina Motu, where travelers will see motu (lagoon islets), coral ridges and rare animals.
Top chic accommodation you can find in the country
The luxury hotels in Cook Islands, deserving attention of the most discerning traveler.
Read further

The first settlers of the Cook Islands were Polynesians forming their settlements here in the 6th century BC. The European discoverers of the islands were Alvaro de Mendana and Pedro Fernandez de Quiros, Spanish navigators who were first to visit the Cook Islands at the turn of the 16th - 17th centuries. Consequently, the archipelago was also visited by English navigators. At the beginning of the 19th century, the islands were explored by the Russian navigator, Ivan Fyodorovich Kruzenshtern. 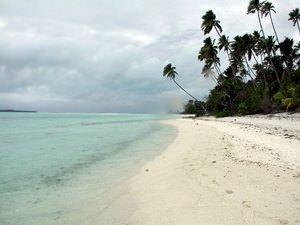 The islands gained their present name in the first half of the 19th century. At that time, one of the most significant historical events happened - the building of the first Christian churches. When missionaries came to the islands, there was a long-awaited peace for the natives. Before this, aborigines were in a state of endless war. In the second half of the 19th century, the islands were a British protectorate. In 1901, they became a colony of New Zealand. The Cook Islands gained independence only in 1965. Nowadays, the main guests of the island state are fans of beach entertainments and admirers of undiscovered exotic nature.

This article about iconic landmarks and sights of Cook Islands is protected by the copyright law. You can re-use the content, but only under the condition of placement of an active link to www.orangesmile.com.

Famous and uniques places in Cook Islands from our review series 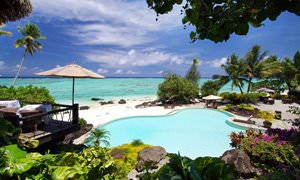 Cook Islands were becoming increasingly popular with tourists every year. Only a few guests who choose the archipelago for recreation, visit the tiny Aitutaki Atoll, which is characterized by the original location. The atoll is surrounded by the barrier of the triangular shape and is located in the geometric center of this triangle. The picturesque atoll is rich in the wonderfully beautiful lagoons. Here one can enjoy the recreation at the Sandstrand for days and lie in the sun in the quiet atmosphere.

The difficult access to Aitutaki is the reason for the calm and harmonious atmosphere. It is extremely rare to see the tourists on the beaches covered with snow-white sand. The atoll, which is distant from the great shorts, is popular among the dreamers and couples who are looking for a … Read all
Country maps 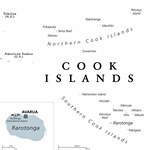 Avarua
Scientific research proves that first settlers on the Cook Islands appeared yet in the 6th century BC. Rarotonga was the first island that became inhabited. After that, people started exploring other islands, slowly spreading across the Cook Islands. Navigators Alvaro de Mendaña y Neira and Pedro Fernandes de Queirós, who arrived from Spain at the end of the 16th century, were the first Europeans who reached the islands. This was not intentional – the navigators simply had to make a stop … Read more

Rarotonga
Nature admirers and fans of active holidays should certainly visit the Cocopat Amusement Park. It was created specially for tourists. There are a lot of sportsgrounds and recreation areas in this picturesque place. Here, you can play golf, have a wonderful picnic among exotic plants, and make use of the services offered by water sports centers. In the park, there are many beautiful places for walks and special playgrounds for children. For vacationers’ convenience, there are several … Read more

Aitutaki Island
Fans of beach recreation should keep in mind that there are not that many comfortable sandy beaches on the island. Coral chips cover a significant part of the coast, and some areas even have coral rocks. It is not comfortable to relax and sunbathe on such beaches without beach gear. The main island is surrounded by numerous tiny uninhabited islands, and vacationers can visit them during boat excursions. During these exciting tours, tourists can see rare animals and various marine creatures. … Read more