Sightseeing in Cap-Haitien - what to see. Complete travel guide 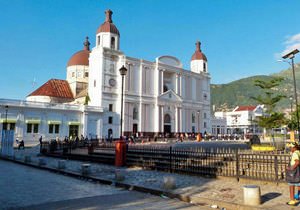 Cap-Haitien is a port city on the coast of Haiti. This is the fourth-largest city in the country. It enjoys a fabulous location on the north coast of the island. Nowadays, Cap-Haitien is a major port city that, nevertheless, attracts a big number of tourists. Guests of Cap-Haitien can enjoy a striking view of the sea. Besides that, it is always a good idea to take a stroll on the city’s streets to see amazing buildings in Spanish style. Thanks to these buildings, the city had an unusual informal name in the past – the Paris of the Antilles. Tourists often fall in love with this beautiful place and want to return here again.
The French founded Cap-Haitien in 1670. Until 1804, when the country became independent, this city had another name - Cap Français. The city was the capital of the French colony named Saint-Domingue until the end of the 18th century. During the crisis of relations with France and the start of the Civil War in the United States, American troops tried to conquer Cap-Haitien. As a result of this, the old city was almost completely destroyed at the beginning of the 19th century during a long attack.
King Henry Christophe, a self-proclaimed monarch of Haiti, did everything he could to restore the city from ruins. However, this was not the only dark page in the history of the city. Many buildings in Cap-Haitien were destroyed in the middle of the 19th century after a devastating earthquake. It took much time and effort to rebuild the city, but a new disaster happened in 1928. A big storm caused much damage to the city, and so many old buildings were completely destroyed, and it was already impossible to restore them. Copyright www.orangesmile.com
Traditional dishes in Cap-Haitien, just like specialties across the island, can amaze many tourists with their unique ingredients and combinations of spices. Cooking recipes are quite original. For example, it is fine to boil small corn cobs in fish broth. Banana is a typical ingredient to boiled meat or chicken. Just like in many other countries of the world, local people adore suckling pig kebab. When cooking poultry, local chefs add much pepper or make a special hot sauce. It is possible to try many exotic kinds of fruit only in Cap-Haitien. Many local fruits are simply not exported to other countries because they become rotten quickly. Among popular local desserts, it is important to mention boiled bananas in sugar. 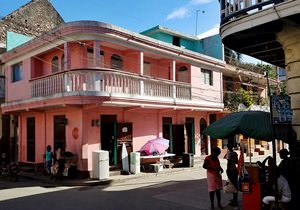 There are no beach resort complexes in the city. One of the most popular beaches in the region is situated on the outskirts of the city. This is Labadie Beach. It is particularly popular with foreign guests. This is the cleanest beach with the best infrastructure in the country, so no wonder why tourists enjoy visiting this coastal area to relax. Besides sunbathing on the warm sand and getting tan in the tender sun rays, visitors have an excellent opportunity to get acquainted with the underwater world of the Caribbean. If you have some extra money, you can always book a cruise, during which you will see the region and admire the spectacular beauty of this part of the island.
There are several small beaches in Cap-Haitien, and they are also suitable for recreation. Do you like scuba diving? Absolutely all beaches have this opportunity. Moreover, all beaches have a sand surface, so it is particularly pleasant to relax here, sunbathing in the rays of the Caribbean sun and breathing in the fresh sea air. Local beaches have an interesting peculiarity – they are covered with the sand that had a dark shade. If looking at them from afar, it seems that beaches have a dark blanket. As there are many coral reefs along the coast, tourists with children need to be careful. 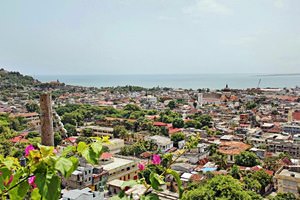 Besides beach recreation, Cap-Haitien can offer sightseeing to its guests. Don’t forget to explore the main landmark of the city – the Sans-Souci Palace that was built for Henry I, the King of Haiti, at the beginning of the 19th century. At that time, this was the location of the country’s government. The magnificent palace was a rival of Versailles in France in terms of beauty and grandeur. Once, there was a gorgeous park that surrounded the beautiful building. This charming garden was providing the much-needed shelter on hot days. Unfortunately, the complex now lies in ruins.
Are you searching for some thrilling experiences? Sans-Souci Palace is definitely a mysterious place. Local people consider the building cursed because the king committed suicide here, and his son was killed by members of the rebellion. There are still many legends about this building, and many of these stories are scary. However, tourists from all over the world try to visit this place and see the palace with their own eyes. 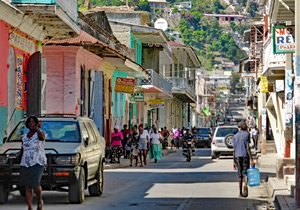 It is possible to get to Cap-Haitien from many large cities in the world. The Haitian city has its own international airport that accommodates flights from many countries. There is one more way to reach the city – by land from the Dominican Republic. After your arrival in this country, you need to buy a bus ticket to Cap-Haitien. Mototaxi is the best way to get to the center of Cap-Haitien and to move around.
This guide to iconic landmarks and sights of Cap-Haitien is protected by the copyright law. You can re-publish this content with mandatory attribution: direct and active hyperlink to www.orangesmile.com.

City tours, excursions and tickets in Cap-Haitien and surroundings

National and city parks around Cap-Haitien
♥   National Park 'El Morro' , 60 km from the center. On the map

Sightseeing in Haiti: things to see

Some of the most beautiful beaches with white sand in the world, unique nature reserves with rare types of orchids and unique nature that is an inimitable combination of French and Spanish traditions – the Republic of Haiti cannot leave any tourist indifferent. The country is located on the part of the island of Hispaniola that has very different terrain, and so impenetrable mountains quickly turn into spacious valleys here. The tourist industry started developing not long ago, so there are not many foreign tourists at local beaches yet. … Open

Search touristic sites on the map of Cap-Haitien

Sightseeing in regions nearby Cap-Haitien

Port-au-Prince
The capital and the biggest city in Haiti – Port-au-Prince – comfortably lies on the bay that is a part of the Gulf of Gonave. Gorgeous local culture and the unique colonial architecture have always attracted foreign guests in search of exotic places where it is possible not only to relax but also to learn something new when exploring local attractions. Do you like making ... Open »
Santiago
The city of Knights, Santiago, was founded by Bartolomeo Columbus in 1494. He appeared in these lands together with 30 Knights of the Holy Santiago Order. The city is also famous for producing high quality tobacco, good coffee, national rum and the birth of the famous dance of the Dominican Republic called "merengue". Besides the fact that Santiago is a well-developed ... Open »
Puerto Plata
This town was founded in 1496, and its name can be literally translated as "Silver Port". If you make a walk at sunset along the coast, you will understand why this name has been chosen. As the sun goes away over the horizon, the coastal zone seems to be painted in a soft silver color. The resort attracts mainly fans of beach rest and water sports. Here are created excellent ... Open »
Providenciales Island
A significant part of the west of the island is occupied by the reserve, a favorite sight among fans of hiking. During a tour around the park, tourists have an opportunity to see rare species of plants, as well as dozens of bird species living in tropical forests. There are also some fine salt lakes; their water is considered curative. The park has several reefs, and exploring ... Open »
Santo Domingo
The famous voyage of Christopher Columbus was marked by the arrival of his ship at the shores of the New World. It is the land of Santo Domingo that keeps the memory and centuries-old evidences of the events of colonial history. This city has become the first city of the American continent, so the oldest monuments of the newly formed continent are located here. The ... Open »
La Romana
La Romana is a resort-city located on south-east of Spain on the coast of the Caribbean Sea. This town is famous for its silent and picturesque beaches. La Romana is a small cozy town formed during the times of the development of sugar industry. The center of the city is the location of a large Duarte Park. Near the park are built numerous wooden bungalows. Each Saturday a ... Open »

All about Cap-Haitien, Haiti - sightseeings, attractions, touristic spots, architecture, history, culture and cuisine. Prepare your trip together with OrangeSmile.com - find out the 'must see' things in Cap-Haitien, which places to visit, which excursions to take, where the breathtaking views are waiting for you. Planning your trip with this travel guide will help your to get the most out of Cap-Haitien in few days.