Nature of Argentina - national parks and reserves for active recreation 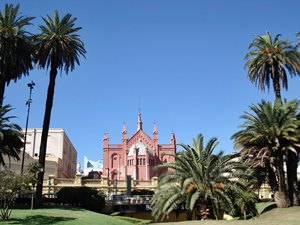 Argentina is a country with a giant territory, so its climate and nature are very diverse. The Andes or Andes Cordillera have their highest peak at 6,962m. Gorgeous peaks of the mountains are always covered with snow. There are plains and large lava plateaus, marshes and hilly valleys. The country’s territory lies in three climatic zones. There are many national parks that preserve these unique ecosystems of different regions.
National cuisine of Argentina - specialties, recipes and restaurants
Argentina is a big country, a cultural capital of South America that doesn’t only produce but also exports different products, including red meat, …
Read further
The animal world is diverse as well. In Argentina, there are unique endemic species that are not present in other regions of the world. These are such animals as pampas deer, pampas cat, spectacled bear, and Magellan dog. Many representatives of local fauna are exotic and do not live in Europe: armadillo, monkey, skunk, alpaca, jaguar, puma, lama, flamingo, hummingbird, and more. Local tropical forests are home to exotic insects as well. Deforestation and import or plants and animals that are not typical for this part of the world ruin the unique nature of Argentina. Many species become endangered. In order to preserve the unique ecosystem, flora, and fauna, there are national parks in different parts of the country. Hunting and building are prohibited in these areas.
The north-east of Argentina is characterized by the hot and humid tropical climate. There are many rivers and fertile lands here. In the region, there are many woods with three species of trees that have a common name Quebracho. This is one of the hardest woods in the world. Tourists enjoy visiting five main national parks in the country – Baritu, Campo de los Alisos, El Rey, Calilegua, and Los Cardones. Baritu is the only tropical national park in the country. It is home to several endangered species of animals. In Los Cardones, it is possible to see fossils and traces of dinosaurs. Los Cardones attracts its guests with giant valleys full of cacti. Copyright www.orangesmile.com
National traditions and mentality of people in Argentina
For inexperienced tourists, a visit to an unknown country can potentially lead to cultural mistakes, language problems, and all kinds of …
Read further
Mesopotamia is the region with such rivers as the Uruguay, River, Parana, Pepiri Guazu, Iguazu, and San Antonio. The region’s climate is subtropical, and there is no dry season. The weather is hot and very humid all year round. Tourists mostly visit this part of Argentina to see the Iguazu Falls and the Iguazu National Park. This park is home to various plants that do not grow anywhere else in the world due to the unique climatic conditions of this area. In the park, there is a population of predatory cats, such as puma, jaguar, and ocelot. Of course, there are non-predatory animals that live in the park, including tapir, capybara, coati, and several types of monkeys. There are also unique types of insects and reptiles. The Iguazu Falls are a row of waterfalls that are 80m high. 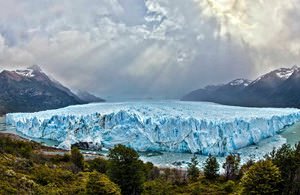 Pampas is a giant area of steeps to the south of the country. This part of the country is used for agricultural purposes or as pastures. The local climate is quite dry, and there are not many trees. Pampas is home to the ostrich, nandu, different species of parrots, teru teru, and many other wondrous birds.
Argentina cultural sights. What to see?
Argentina is famous as the home of natural wonders and one of the hottest cities in the world. The country is a piece of paradise in Latin America …
Read further
Patagonia is located to the south of the country. This region got its name from Magellan who was impressed by the height of local people. Patagonia’s climate is dry, eremic, and cool. It is hard to call local flora diverse as grass and bushes are the most dominant. Sometimes, it is possible to see osier woods. Every year, numerous tourists visit Los Glaciares National Park, the name of which can be translated as “glaciers”. This unique place has several large glaciers, with Upsala being the biggest one. It covers an area of 2,600 square kilometers. Spegazzini is the tallest glacier – its height is 135 meters. In this park, visitors can also see the biggest lake in Argentina, Lago Argentino. This lake was formed by melting glacier water. There are several other lakes and mountain peaks that active tourists enjoy exploring. There are rare species of birds and animals in the park. Tierra del Fuego Park is the southernmost park in Patagonia. The severe beauty of this place attracts many travelers, so there are many interesting trails of different length. 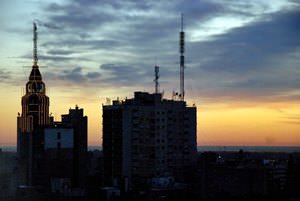 Nahuel Huapi National Park was established near the border of Patagonia in 1903. This is the oldest park in the country. It mostly consists of mountains, lakes, islands, and old dense forests, the age of which is several centuries. This park is also home to unique Bosque de Arrayanes, a Chilean myrtle forest. There are also two endemic species, namely, Andes deer and pudu. Nahuel Huapi borders with two more national parks – Lanin and Los Arrayanes. These are popular winter destinations. Locals also visit these parks often to enjoy different sports and hiking.
Things to do in Argentina - active leisure
Spanish is the official language of Argentina. The country’s population mostly consists of people who immigrated during the last 600 years. The …
Read further
The Andes that stretch along the coast of Latin America is one of the most impressive mountain chains in the world. The cross five climatic areas. The Talampaya National Park in the Argentine Monte ecoregion has its own landmark – a spectacular 150-meter-deep canyon. The park was created to save important paleontological sites.

This article about nature and national parks of Argentina is protected by the copyright law. You can re-use the content, but only under the condition of placement of an active link to www.orangesmile.com.
Argentina guide chapters 1 2 3 4 5 6 7 8 9 10 11 12

National and city parks of Argentina
♥   Provincial Park 'Araucaria' . On the map

Cultural sights in regions of Argentina

Buenos Aires
Cultural Center La Prensa is simply impossible to leave without attention. The ground floor of the building has been turned into Golden Hall, which is an exact replica of Versailles palace hall. The roof is decorated with a huge bronze statue of a man with a book and a torch in his hand – this statue has become a symbol of a free press. Republic Square is the location of a famous obelisk - the highest monument of its kind in South America. The height of the obelisk estimates 67 meters. The … Read more

San Carlos de Bariloche
In one of the city squares, you can find a Monument to Julio Argentino Roca (Julio Roca Monument) - an outstanding politician who was President of Argentina from 1880 to 1886. He is famous not only as a prominent political figure but also as a competent military leader. For local residents, its monument has been one of the main national symbols for many years. As for the famous architectural monuments, the municipality building stands out. Its facade's main decoration is a tower clock; the … Read more

Mendoza
An appealing and symbolic cultural establishment is the National Wine Museum. During the tour travelers will discover the top secrets of the winemaking process and will be offered to try the astonishing drinks of local wineries. The Casa de Fader, being a historic house museum, is set in an ancient mansion of the end of the 19th century which was once home to famous artist Fernando Fader. The mansion has totally preserved the atmosphere and ambience of the past ages and its ample rooms keep the … Read more

Argentina: Map of sightseeing in regions