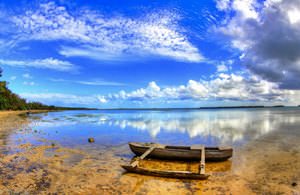 Do you want to see how exotic citrus fruits and mango grow? Have you always been dreaming of relaxing at tranquil beaches and walking in tropical forests? In this case, the charming Tonga Islands in the Pacific will genuinely please you. These islands are perfectly suitable for trekking enthusiasts and everyone who cannot imagine a vacation without scuba diving. Local culture is unique and very interesting. Just like many years ago, women still have a privileged position on the islands. Dancing is one more amazing tradition of the Tonga Islands – even experienced tourists will find it very interesting to watch national dances.
First Polynesian tribes appeared on the islands yet in the 13th century. First settlers were rough and skilled in battles. They used the Tonga archipelago as a so-called starting point of their expeditions to conquer the nearby islands. In the 10th century, sacred Tu’i Tonga chieftains set up their authority over the islands. The first capital of the archipelago – Mua – was founded during this period. Descendants of Tu’i Tonga remained the rulers of the islands until the 19th century. British naval explorer James Cook and his crew first reached the islands in 1773.
Christian missionaries starting appearing on the islands already at the beginning of the 19th century. They did their best to convert local tribes into Christianity. With the support of the British, local leader George Tupou I proclaimed himself the first King of Tonga. Thanks to the efforts of the king, Tonga slowly got a state structure. The islands remained under protectorate of the United Kingdom until 1970. Nowadays, this is an independent country. Copyright www.orangesmile.com
It is hard to imagine that once the site of the modern capital of Tonga, Nukuʻalofa, was nothing but a swampy lagoon. Nowadays, this is one of the most flamboyant capitals of the world. The city sleeps neither in the daytime nor at night here. The gorgeous Royal Palace is located close to the coast. This is the most prominent local landmark. Not far from the palace, there is one more important place - Malaʻekula, the burial ground of all kinds and leaders of the islands. Besides that, there are many beautiful old churches and basilicas in the capital. The National Theatre is located on the central street of Nukuʻalofa. 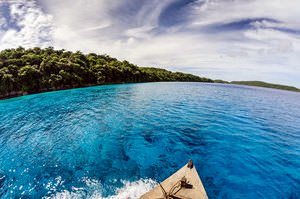 Are you dreaming of a tranquil vacation? In this case, head to the eastern part of Tongatapu Island that has almost no settlements. Deserted beaches with few people are the main attraction of this region, so it is an ideal destination for everyone craving for solitude. Besides picturesque beaches, there are several important archaeological sites in this part of the island.
Nature enthusiasts will find it exciting to visit the area near Kolovai village. This village has become popular due to one fact – there is the biggest colony of flying foxes on the island near this settlement. Flying foxes are the biggest mammals that live in the country. Wingspread of some animals is more than one meter. Flying foxes are sacred animals for locals. It is very interesting to watch them and then go to amazing beaches with white sand where vacationers can enjoy such activities as snorkeling and surfing. 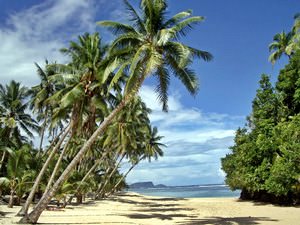 On ‘Eua Island, tourists can walk in gorgeous tropical forests. There are also quite complex mountain areas that are a true gift for all fans of alpinism. As forests occupy the majority of the island’s territory, not many people live here. As anthropogenic activity is minimal, ‘Eua Island is a popular bird nesting place. Dozens of different rare bird species live on this island.
On the Niua Islands, visitors will find incredibly beautiful volcanic views. The island of Niuafoʻou is very small, so it is comfortable to explore it on foot. This is one of the most remote islands in the archipelago, so not everyone even in Tonga is aware of its existence. Indigenous tribes of the Niuas have fully kept their traditional culture and still practice crafts that emerged more than a thousand years ago. Travelers will be pleased to find large beaches with white sand and picturesque areas with moon-type landscapes that formed millions of years ago due to volcanic activity. Among outstanding natural landmarks of the island, it is important to mention Vai Lahi, a beautiful lake. 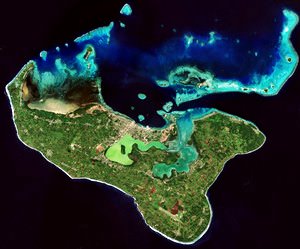 Tonga Islands have well-established air connection with New Zealand and Australia. There are also flights to Fiji, but their frequency is significantly lower. Flights by Pacific Blue connect Tonga Islands to Australia, and airplanes by Air New Zealand connect the islands to New Zealand. Air Pacific is the carrier from Fiji.
This article about iconic landmarks and sights of Tonga Islands is protected by the copyright law. You can re-use the content, but only under the condition of placement of an active link to www.orangesmile.com.
Country maps 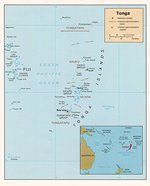