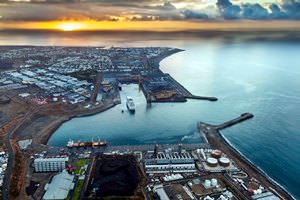 Until recently, mostly alpinists knew about the existence of this island. Nowadays, the charming volcanic island of Reunion often becomes the choice of adventurous travelers in search of exotic landscapes and beach recreation. The quite complex mountain terrain is an important peculiarity of the island. Reunion Island offers a broad range of opportunities for alpinism. There are areas suitable for hiking and mountain biking. Beautiful waterfalls, numerous deep canyons, dense forests, and exotic beaches with black volcanic sand – tourists will find all these and more on this charming island in the Indian Ocean.
In the 10th century, Arab merchants were among the first people who started visiting the islands. They called this island Dina Morgabin. According to historic data, the island was uninhabited at that time and remained in this status until 1507. This is when Portuguese explorer Diogo Fernandes Pereira and his crew stepped onto the island. Initially, the Portuguese explorers paid much attention to the island, but they didn’t make any colony on Reunion. In the middle of the 17th century, the island became a French territory. At that time, the island had another name, Bourbon. French colonizers used it to grow coffee beans.
The island got its current name in 1793. Political and social tensions in France, which happened in the 17th – 18th centuries, had their impact on the history of the island. In the 19th century, agriculture was developing on the island, and the size of plantations increased. Besides coffee, local farmers started growing sugarcane and vanilla. In the second half of the 19th century, the abolishment of slavery caused a decline in the local economy. The following complicated period of World War I made many local farmers bankrupt. The period of British occupation started on the island in 1942, but France regained its ownership over Reunion already in 1946. At the moment, the island is a French overseas territory. Copyright www.orangesmile.com
Saint-Gilles-Les-Bains is the most popular resort on the island. This is an excellent destination for all tourists who like beautiful beaches. There are beaches with volcanic black sand that are unusual for many tourists and charming beaches with light coral sand. This resort is widely recognized for its lively and energetic atmosphere. The majority of restaurants, discos, and other entertainment venues are located close to the coast. It is easy to have fun all day and night long here. Saint-Gilles-Les-Bains is a typical modern resort in French style. 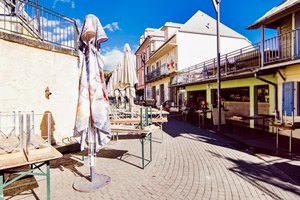 The charming town of Saint-Denis is the capital of the island country. This is the location of the most luxurious hotels on Reunion. Tourists are welcome to explore the tiny capital and visit its landmarks. The colonial town still has gorgeous old palaces, and the beautiful town hall building was transformed into an upscale hotel. It would be a mistake not to mention colorful markets that are open in the capital. They are a great place to shop for interesting souvenirs. Finally, restaurants and bars specializing in national cuisine also deserve the attention of guests. A gorgeous botanic garden remains one of the main landmarks in the capital.
Saint-Paul is one more interesting town to visit if you like historical attractions. This colonial town has managed to maintain its inimitable architectural style. There is even an old waterfront boulevard with old cannons. The town is small, so it is comfortable to explore it on foot, admiring beautiful colonial buildings on the go. 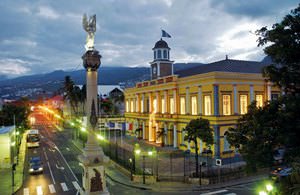 Are you interested in a vacation that is good for health? In this case, consider visiting Cilaos. This is an old spa resort that was famous for many years. Healing thermal springs were discovered here yet at the end of the 19th century. Spa resorts and pools are built near these springs. In the middle of the 20th century, the popularity of the resort declined and it was soon closed. Nowadays, still not many travelers know about Cilaos. There is a new thermal springs complex for guests, and the old one was transformed into a museum.
Reunion is famous for its unique natural landmarks, and Le cirque de Mafate is one of the most visited. This is an unusual volcanic area formed by petrified lava. This is one of the calmest parts of the island because there are almost no paved roads. This means that tourists need to reach many natural landmarks on foot. Despite such isolation, there are several villages in Mafate, and tourists can visit them during excursions. 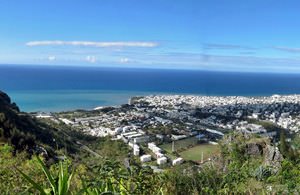 Saint-Denis International Airport accommodates daily flights from Paris. In the French capital, airplanes to Reunion depart from Orly Airport. Air Austral also offers regular flights to the island from Charles De Gaulle Airport.
This article about iconic landmarks and sights of Reunion Island is protected by the copyright law. You can re-use the content, but only under the condition of placement of an active link to www.orangesmile.com.

Famous and uniques places in Reunion Island from our review series 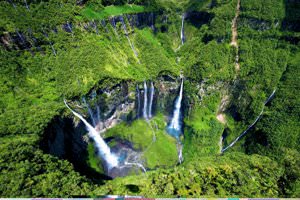 The Reunion Island, not far from the coast of East Africa, is little known among modern tourists. It is a site of one of the most beautiful volcanoes in the world. Piton de la Fournaise is a place of interest for the world and attracts the most courageous tourists to the island. Reunion is a rocky island, up to a few places you can walk or mountain bikes.

The tourists can explore the sights of the most populous part of the island with the excursion buses Les Cars Jaunes. Until some sightable objects can only be reached on foot. The town of Cirque de Mafate, surrounded by impressive landscapes, is considered to be the most difficult to reach settlement on the island. The surface of the island is quite large and forms more than 2.5 thousand square kilometers. There are around 830 … Read all 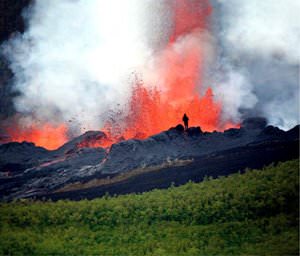 One of the most active volcanoes in the world, Piton de la Fournaise, is found in the Indian Ocean, Reunion Island. The height of this shield volcano is 2,631 meters. The official monitoring of its activity began in the 17th century. Since then, more than 150 major eruptions were captured; they happened every year between 2008 and 2010. As scientists found out, the age of an active volcano is at least 500,000 years.

Not far away is another volcano, Piton de Neiges, often called ‘the elder brother.’ Despite the fact that it’s a long extinct volcano, it still looks very impressive. The mighty volcano of Reunion Island has become an important symbol for the French, and its image can be seen on the unofficial flag of the island.