This small country doesn’t have any luxurious beaches and exclusive hotels, but it can offer unique natural and historic attractions, interesting crafts by local artisans, and traditional settlements. A vacation in Lesotho is an amazing opportunity to see its charming villages, try exotic national cuisine, and see wild animals that still live close to settlements.
Tribes specializing in hunting and picking were the first settlers in the territory of modern Lesotho. They lived on this land peacefully until the 17th century when Bantu tribes occupied the territory. In the first half of the 19th century, the Sotho people and their leader Moshoeshoe I claimed the region. In the 1830s, Boer migrants became a threat to the wellbeing of the Sotho. Because of this, the Sotho leader had to ask Great Britain for help.
Starting from 1848, the tribal country of Lesotho officially became a territory under the protectorate of Great Britain. However, Moshoeshoe I decided to cancel the agreement only three years later. Basotho tribes captured almost all territory of the Sotho people and founded the country named Basutoland. This newly formed country became a territory under the protectorate of Great Britain in 1884. Basutoland became an autonomous territory in 1965. The country became fully independent one year later and changed its name to the Kingdom of Lesotho. Copyright www.orangesmile.com
Each of the small towns of the country is of great interest to tourists. Maseru is the capital of the country. This was a small and modest settlement deprived of any tourist infrastructure until 1970. After a period of active development, the capital got a status of the “town-like village”. Nevertheless, there are many interesting landmarks in Maseru. The beautiful Royal Palace is one of them. It is also interesting to visit the National Museum that exhibits a large collection of historic and ethnographic artifacts. The colorful market is one of the most popular attractions of the capital as this market is great for buying exotic fruit and souvenirs.

The town of Thaba Bosiu is situated not far from the capital. Thaba Bosiu got its name after a mountain. This is one of the most notable historic areas in Lesotho. At the beginning of the 19th century, king Moshoeshoe I ordered to build a citadel at the top of the mountain. The main aim of the building was to protect the territory from invaders. This citadel is the main landmark of the region that has long become an important cultural center. The fortress hosts various interesting events and theatrical performances dedicated to the culture of indigenous people.
Do you want to learn more about the culture of local people? If the answer is yes, head straight to Teyateyaneng. This town was initially founded as the center traditional art and handicrafts. Nowadays, there are many unique artisan workshops and small manufactures that make different kinds of goods in Teyateyaneng. Best artists from all over the country move to this town. Local workshops offer one-of-a-kind paintings, tapestries, and other items. Tourists on a budget can simply come to this town and visit different workshops as museums – local craftsmen and merchants are always glad to see new guests. This small town is also famous for its wool items.

Trekking enthusiasts usually prefer to visit Mokhotlong. This area has one of the driest and coldest climatic conditions in Africa. This peculiar climate is the reason for incredibly beautiful mountain landscapes. There are many trekking routes to different attractions of Mokhotlong. Some of these trails cross complex mountain regions, so they are suitable for physically trained tourists.
Quthing is a typical colonial town with multiple historic attractions. Nowadays, the territory of the town is conventionally divided into new and old parts. There are many beautiful buildings in the colonial style in Old Quthing. Many of these buildings were transformed into hotels, shops, and restaurants. New Quthing is popular too because there are many shops and inexpensive cafes in this part of the town. Besides them, there are several modern hotels and entertainment centers in New Quthing. This charming town definitely deserves visiting, and the gorgeous Masitise Cave House, an unusual church made of limestone, is one more reason to do this.

Lesotho has regular airplane connections with nearby South Africa. South African Airways has daily flights to the capital from Johannesburg. The cheapest way to reach Lesotho is to take a bus from South Africa. Buses to Maseru depart from Durban, Johannesburg, Cape Town, and Bloemfontein several times a week. Tourists can also use a car to reach Lesotho from any of the neighbor countries.
This article about iconic landmarks and sights of Lesotho is protected by the copyright law. You can re-use the content, but only under the condition of placement of an active link to www.orangesmile.com.

Famous and uniques places in Lesotho from our review series 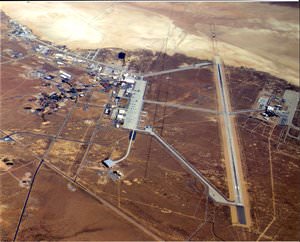 In Lesotho is the unique Matekane runway, which is probably the most dangerous in the world. There is no ordinary airport in this area. The runway is located on the mountain plateau and has an extension of 400 meters. The runway ends at the edge of the 600 high precipice.

Such an extraordinarily dangerous railway construction is not accidental. It is assumed that the aircraft will start the freefall after 400 meters and will reach the required speed in such a way. In 2009, the dangerous airport was closed for international flights, although private small aircraft still use it actively.

The airport welcomes the representatives of the welfare organization and the doctors who want to help the locals. Lesotho airport is also used for domestic air transportation. Each time before landing, … Read all
Country maps 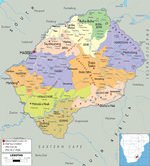