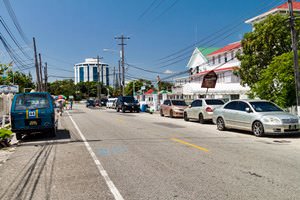 A country of beautiful rivers, lakes, and waterfalls, Guyana has only recently started attracting foreign travelers. This is a place where visitors can see incredibly beautiful nature, walk in thousand-year-old mangrove forests, and see old rice and sugarcane plantations. The coastal region has the most developed tourist infrastructure and picturesque beaches.
Since ancient times, the Arawak Indian tribes inhabited the territory of modern Guyana. The colonial period started in the 18th century, but the territory was discovered much earlier – the Spanish first reached it yet in the 15th century. They considered the newly discovered territory unattractive. Local humid climate and swampy coastal territories scared out Spanish colonizers. However, colonizers from the Netherlands, Great Britain, and France liked this land, so they were fighting for the right to colonize it for a long time.
Dutch colonizers were the first ones to make their settlement in Guyana. This happened in 1773. They used the fertile land of the region to cultivate sugarcane, cotton, tobacco, and coffee. However, the Dutch had to abandon the territory because of the British invasion in 1803. The British Empire conquered all the territories it was interested in already in 1831 and called them the British Guiana. With the abolition of slavery in the second half of the 19th century, British colonizers started developing different industries. They discovered deposits of gold and diamonds. Guyana became an independent country in 1966. Copyright www.orangesmile.com
Guyana is the location of a natural landmark of the international level – the Kaieteur Falls. The height of this waterfall is 226 meters. It is almost five times higher than the famous Niagara Falls. Kaieteur Falls is situated in a remote area that is not easy to reach. Dense tropical forests surround the attraction. If you decide to take an uneasy path to the waterfall, you will be able to admire truly miraculous scenery. 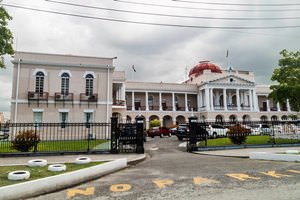 The colonial city of Georgetown is the capital of the country. It was founded by the Dutch at the end of the 18th century. Many old buildings were remade or destroyed during the British colonization of the region, but many of them have survived until modern time. Even nowadays, there are many beautiful wooden buildings in the capital. The age of many of them is more than a century. The gorgeous cathedral and old lighthouse are among the architectural landmarks of the city. Tourists may also find it interesting to visit local Hindu temples that keep many interesting artifacts.
Mount Roraima is the highest point of the country. The 2,810-meter tall mountain has an interesting peculiarity – it doesn’t have any high peaks. The top of the mountain is a flat plateau with a total area of roughly 30 square kilometers. Roraima is a so-called tableland or table mountain. It has flat slopes, so there are several hiking trails that lead to the top and do not require any physical training or rock-climbing skills. 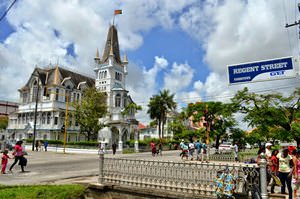 In order to see wild animals in their natural habitat, it is hard to find a more suitable place than the Rupununi savannah. It is very big - the total area of the savannah is approximately 8,000 square kilometers. This large territory didn’t have any human settlements for thousands of years, so this is a place with untouched nature. Giant swamps, spacious green fields, and centuries-old forests are the most typical terrains of the region. The Rupununi savannah is home to 250 species of birds, rare mammals and reptiles. Many fauna species living in Rupununi are endemic.
Do you dream of spending some leisure time at the seaside? Then simply head to Shell Beach that is widely recognized as one of the most beautiful and unusual beaches in the world. The beach is protected by UNESCO. Its length is roughly 140 kilometers. Shell Beach has one interesting peculiarity – sea turtles love nesting here. They lay their eggs in soft sand, and then visitors can see at a certain time of the year how hundreds of tiny turtles find their way to water. Tourists can enter the nesting area only together with guides. Local authorities organize many interesting events for tourists. They can participate in ecological events and watch sea turtles in their natural habitat. Finally, it is possible to join incredibly interesting night excursions. 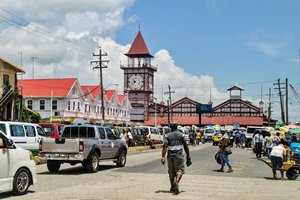 The international airport Cheddi Jagan in Guyana accepts flights from Canada, the United States, Caribbean Islands, and the United Kingdom. Aircraft by Caribbean Airlines make the majority of these flights. It is also possible to reach Guyana by car from the neighboring countries of Brazil and Surinam. There are regular buses from Paramaribo (the capital of Surinam) to Guyana. From Brazil, tourists can reach the town at the Guyanese border, Lethem, and then take a bus to Georgetown. The ride to the capital lasts roughly 10 hours.
This article about iconic landmarks and sights of Guyana is protected by the copyright law. You can re-use the content, but only under the condition of placement of an active link to www.orangesmile.com.
Country maps 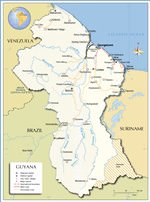 Sightseeing in popular cities of Guyana

Georgetown in Guyana
Colonists from the Netherlands founded Georgetown in 1781. They called this new settlement Stabroek or “the pond that is always filled with water”. Three years later, the town officially became the center of the Dutch colony in South America. The beginning of the 20th century drastically changed the history of the city because the British Empire officially became the ruler in this area after a merciless battle between the Netherlands and the UK. This is when the city got a new name – … Read more