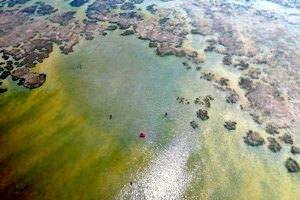 Are you searching for an unusual destination for an exotic vacation? Then this small island country hidden somewhere in the waters of the Indian Ocean is a perfect choice! These magnificent islands of volcanic origin never cease to strike visitors with their natural beauty. They have warm weather all year round, so the islands are a fantastic destination for beach recreation and water sports. It is easy to spend days relaxing at the beach, exploring coastal waters, walking in tropical forests, watching cure lemurs, and getting acquainted with amazing traditions and lifestyles of islanders.
First official mentions of the islands date back to 1598. Famous Dutch explorer Cornelis de Houtman is the discoverer of the Comoro Islands. Recent archaeological findings proved that the archipelago was inhabited already in the 5th century. There is no historical record of the islands until the Middle Ages. At the beginning of the 17th century, the Portuguese tried to make the Comoro Islands their property, but local people managed to stay independent.
This is the time when not only indigenous people inhabited the islands but also numerous pirates. They used caves near the coast to hide their robbed treasures. However, the islands couldn’t completely escape colonization. French invaders took control over the island of Mayotte in 1841. In less than a century, France established its reign in all islands of the archipelago, and so they officially became a French colony in 1909. The Union of the Comoros became an independent country in 1975. Copyright www.orangesmile.com
Mayotte is the most visited island of the archipelago. It is like a magnet for divers from all over the world. Formed as a result of volcanic activity, the island is surrounded by a large coral reef that has become home to hundreds of rare sea creatures. There are diving sites for both professional divers and beginners. Several water sports centers offer their services to tourists. 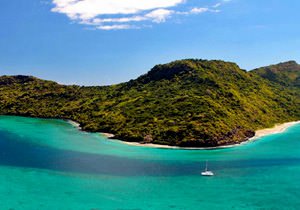 When you want to diversify your beach recreation and explore the most picturesque areas of the archipelago, consider visiting Petite-Terre Island (also known as Pamanzi). This hilly island has a complex coastal line full of rocks. There are not many areas suitable for comfortable recreation. Exploration of these gorgeous hills has become a very popular activity with tourists – the highest point of the island is only 311 meters tall so there is no need for special training to reach the top. It is really worth doing this because the hill’s top offers a fabulous view of the island and its rocky coast.
Grande Comore is the largest island in the country. This is where the capital of the Comoro Islands – Moroni – is situated. Besides high-class hotels, restaurants, and entertainment centers, this island is rich in many historic landmarks and old fortresses of the colonial period. On this island, tourists will find numerous cultural centers, museums, and artisan shops that are always glad to see new visitors. 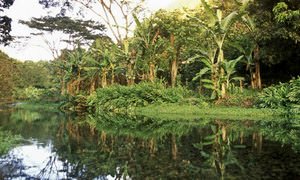 Not many tourists visit Mwali or Moili, a small island that, nevertheless, is not deprived of landmarks. Beautiful volcanic terrain is one of the main attractions of this island. Volcanic eruptions formed several beautiful plateaus and chains of caves. The island has fertile soil, so there were coconut and coffee bean plantations during the period of colonization. Even crops were cultivated here. Some plantations have survived until our days.
Anjouan (also known as Ndzuwani) is one more beautiful island where visitors can walk among jasmine groves and admire magnificent waterfalls. It is considered the greenest island of the archipelago because of ancient forests that grow here. It is also particularly interesting to see large plantations of the Ylang-ylang tree that is widely used for cosmetic purposes. 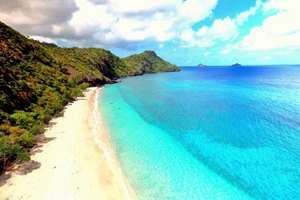 It would be a mistake not to mention Banc Vailheu, an uninhabited island that is literally an underwater volcanic rock. Some fragments of this giant rock are above the water. They are covered with lush vegetation and look very eye-catching. The distance to this island is roughly 8 kilometers from Grande Comore, so tourists can join boat excursions to see Banc Vailheu.
The Comoro Islands have the most frequent air connection with Madagascar with Air Madagascar being the carrier. Comores Aviation International and Comores Air Service have flights that connect the islands to Tanzania. These flights depart from the airport on Mayotte Island. Kenya Airways have regular flights to the Comoro Islands from Kenya, and Yemenia Airways – from Yemen. There is also ship connection between Madagascar, Comoro Islands, and Zanzibar.
This article about iconic landmarks and sights of Comoros Islands is protected by the copyright law. You can re-use the content, but only under the condition of placement of an active link to www.orangesmile.com.
Country maps