Cultural sightseeing in Bahrain . What to visit - museums, temples, castles and palaces 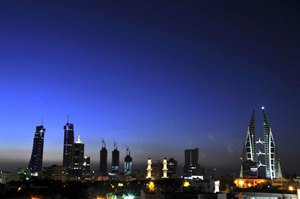 Bahrain is an island country where horizons with modern skyscrapers are built over thousands of years of rich history, offering an unrivaled combination of cultural adventures, entertainment, and recreation. The first state existed in the region already in the 3rd Millennium BC. The territory was part of the Sassanid state, the Arab Caliphate, Portugal, and Iran in different periods of history. The country was under the British protectorate for some time. All these historical stages have left their traces on the territory of the country. Therefore, there are many interesting attractions here.
Things to do in Bahrain - active leisure
This is surprising but the nightlife is extremely well developed in the Muslim Kingdom. This is primarily due to the tolerance of the authorities and …
Read further
According to many archaeologists, there was a state of Dilmun on the islands. It was considered the beginning of civilization among the Sumerians. The remains of this ancient culture are located in a place called Qal'at al-Bahrain. Scientists have unearthed the remains of streets, temples, shops, and palaces that are more than 4,000 years old under numerous cultural layers, including the Portuguese citadel. The excavation continues today. About a quarter of the territory is open today. Qal`at al-Burtughal is a Portuguese fortress on the top of the hill. It dates from the 17th century. The fortress is perfectly preserved to this day.
Several areas with extensive necropolises of the Umm Al Nar culture dating back to the Bronze Age are located in the north. These are the largest necropolises of antiquity that have survived to the present day. Stone tombs reach 4.5-9 meters in diameter and 1-2 meters in height. Pottery, stone seals or seals made of shells, weapons, and bone products were found in the graves. In total, more than 100,000 such graves are located on the territory of Bahrain. The Saar Temple in Manama and the surrounding burials belong to the same time period. Copyright www.orangesmile.com
What you need to know about Bahrain prior to visit - advices
1. You should carefully study the local hotels and carefully read the reviews of each of them before traveling to Bahrain. All this is necessary …
Read further
Abu Mahir Fort was also built by the Portuguese. It belongs to a number of fortresses built to protect the sea trade routes. The fortress is poorly preserved. But the museum is open on its territory. You can learn not only about the history of the structure but also the history of pearl mining in Bahrain there. 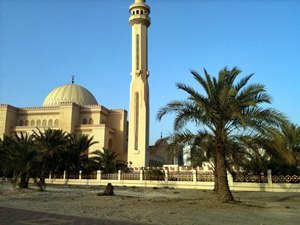 Shajarat al-Hayat or Tree of Life is a tree that is about 400 years old. It is remarkable for growing alone in the desert. The place is overgrown with numerous legends and conjectures. It is considered the last tree of the Gardens of Eden. It is also assumed that some underground river feeds its roots. The tree belongs to the species Prosopis cineraria of the Mimosa subspecies. These trees can withstand temperatures of up to 50 degrees without requiring a large amount of water. It can live even on saline soils. Its roots reach significant depths (dozens of meters) and are able to absorb the slightest drops of moisture. The leaves take moisture from the environment.
What to see and what to visit in Bahrain with children
Bahrain began to receive tourists not so long ago, despite the fact that neighboring countries are very popular. That is why many vacationers …
Read further
Arad Fort was built in the XV century to protect Muharraq Island. It was built in the tradition of Arab fortifications. The Fort is compact and square. Cylindrical towers are placed at its corners. The Fort was perfectly adapted for defense and observation of coastal waters. A large-scale reconstruction was carried out recently. The ancient fortress is illuminated at night. It is a magnificent sight. Riffa Fort was built in 1812. However, some archaeologists attribute its foundation to the XVII century. The citadel was the residence of Sheikh Salman bin Ahmed. Government agencies were also located there. One of the rulers of Bahrain – Isa ibn Ali Al Khalifa was born in the fortress. 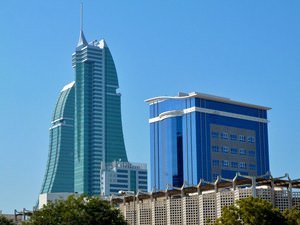 The house of Isa ibn Ali Al Khalifa is a magnificent example of a Royal house. It is built in the traditional Arabic style. The house is equipped with a cooling system. This is a wind tower, through which cool air was supplied to the premises. The tower was closed for the winter. The interiors are decorated with arches, wooden furniture, doors, ceilings, and stained glass windows.
Shopping in Bahrain - best shopping places, what to buy?
Bahrain is a very expensive country. However, many tourists try to bring souvenirs from this beautiful place. The first thing that you should visit is …
Read further
The al-Fatih Mosque is one of the largest in the world. The main dome is made of fiberglass. It is a true masterpiece of engineering. The building is modern. Its construction was completed in 1987. The entrance is closed on Fridays (a Holy day for Muslims) and on religious holidays. Al-Khamis mosque is the oldest religious building in the country. It is believed that the first stone in the foundation of the temple was laid in the VII century. The mosque has been rebuilt many times. The oldest its parts date back to the XIV century. A slab dating from the 12th century is used as a mihrab (a niche indicating the direction where Mecca is located). 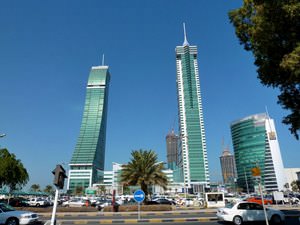 Little India is an area of Manama which is more like Delhi than the capital of Bahrain. The Krishna Temple is located here. It is more than 200 years old. There are many old wooden houses built from Indian wood, souvenir shops, and cafes there. The Al-Bahar mini canyons are a natural attraction. These rock formations of amazing yellow shapes become home to many birds in winter.
When and where to 'hang out' in Bahrain - festivals and celebrations
Bahrain is an Islamic Kingdom. Most of the local holidays are religious here. Several festivals are also held here. The New Year is not celebrated on …
Read further
Wahooo is one of the most modern and futuristic water parks in the Middle East. It covers more than 15,000 square meters. The water park attracts millions of visitors with games, rides, slides, and pools. The water park is designed in the style of "subtropical paradise". It has a mooring schooner in its center. This is a great place for people of all age groups. The park has 30% outdoor and 70% indoor events. This ensures a delightful stay in any weather. Moreover, tourists will be able to walk through the numerous shops as the water park is located in the city center. You will be able to devote a few hours of shopping to purchase the latest innovation or to taste national dishes in the restaurant. 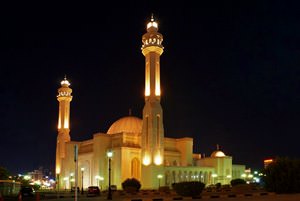 The Bird Kingdom of Asia is a unique controlled ecosystem. More than 70 species of birds from all over the world live here. 500 employees work here. Some of these birds are endangered. Therefore, they are carefully bred and raised in captivity in the Bird Kingdom of Asia to help in their conservation. The environment was designed not only to attract and entertain the whole family but also to provide an educational form of learning for children and their parents. Tourists will be able to take great photos, as well as gain positive emotions while walking through the labyrinths here.

This article about cultural sites of Bahrain is protected by the copyright law. You can re-use the content, but only under the condition of placement of an active link to www.orangesmile.com.
Bahrain guide chapters 1 2 3 4 5 6 7 8 9 10
Country maps 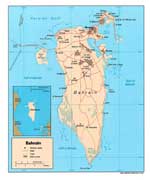 Famous sites of culture and history of Bahrain in photoset

Culture and monuments in popular cities of Bahrain

Manama
If you make a ride to the settlement of A'ali, you will see a famous complex of "royal tombs". During an excursion visitors will be able to see the majestic mounds as well as an ancient necropolis. The village itself is well-known because of its skillful potteries. Experienced craftsmen of the settlement share their experience from generation to generation. They make true works of art made of clay and tourists enjoy buying them as souvenirs. Do not forget about Jabal al-Dukhan Mountain - one of … Read more

Isa Town
Isa Town is rich in wonderful historical landmarks and amazing sculptures. Don’t forget to visit Pottery Roundabout – an interesting monument in the shape of a ceramic flagon. This monument is linked to the past of Isa Town. The region has always been famous for its pottery, so one of the main monuments in the town is a tribute to this craft. People who have never liked pottery and ceramics often change their opinion in Isa Town because local artisans are true wizards who create quality … Read more