Preparing your trip to Venice: advices & hints - things to do and to obey 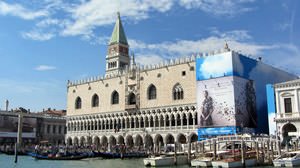 1. Tourists are recommended to travel the city on foot as this is the best way to explore all major attractions of Venice. The channels are full of small boats, which are more like public transport in the city. A ride on a gondola or a cutter will surely bring a lot of fun.
2. It’s recommended to leave tips in local cafes and restaurants. As a rule, tips make up approximately 10% of the total bill. An exception is permitted only in case tips are already included in the total bill.
3. St. Mark's Square remains one of the most favorite pastimes for tourists as walking there is really entertaining. Please remember that pigeons on the square can be fed only by the specially purchased food. The food contains special substances which regulate the growth of the pigeon population. This way the city’s government takes care of Venice’s purity.
4. Make sure you select clothes carefully prior to visiting religious sites. Revealing and very bright clothing is prohibited in many churches and so you may be prohibited to enter.
5. The majority of shops and government institutions are closed during the lunch time. Copyright www.orangesmile.com

What to visit being in Venice - unique sights 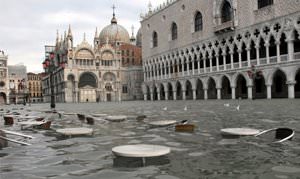 Distance from Venice center - 0.3 km.
If there won't be taken special steps in building borders from the water, the city will become inhabited to 2100. The city has been destroying not only thanks to the global warming but also because of people actions. A great number of historical buildings were built on wooden beams. They fell into disrepair and slumped within years. More than that, every year Venice has about 10 million tourists. Under their weight, the islands go lower and lower. The department is planning to begin the building of new dams and dumbs. The number of tourists will also be taken under control in the nearest time. … Read further

Distance from Venice center - 0.7 km.
Until 1854 Rialto remained the only crossing over the Grand Canal. In the middle of the 19th century the academy bridge was built. The best way to see the old bridge in every detail - with the gondola or the promenade boat under it to drive. From the bridge, the wonderful view of the Rialto district and the historic sights on the banks of the Grand Canal are open. … Read further 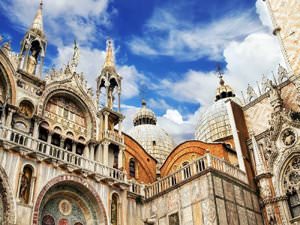 Distance from Venice center - 1 km.
The main altar is considered the key element of the unique decoration. Skilled jewelers worked on its creation for more than 500 years. The height of the altar is 2.5 meters. Its length is 3.3 meters. It consists of 80 miniature icons. They are made of precious materials. Guests of the basilica can also admire the unique mosaics. They were created in the 13th century. A small museum operates on the temple grounds today. Examples of ancient sculptures and antique mosaics are presented in it. There are also works of art here. Their age is more than a thousand years. … Read further

Tips for the cities around Venice

Mestre
2. Local people give preference to bicycle as the main transport means. Many rental centers offer bicycles for rent. No additional documents are needed to do this. To rent a bicycle one should have enough cash to cover the rental cost. 3. The optimum way to reach Venice is a high speed train departing from the train station 3-4 times per hour. The cost of the trip does ... Open »
Padua
2. Padua features hot and wet summers. That is why the optimum seasons for visiting the city are late spring and autumn. Even though Padua features a rather warm winter period, still during the cold season fallouts and fogs are rather common turning the weather unfavorable for hiking and touring. 3. The optimum city transportation means is a tram as its route runs through the ... Open »
Veneto
2. Restaurants, shops and other entertainment venues in major cities have quite excessive working hours, but in small towns they don’t. Planning excursions and activities, it’s better to specify the schedule of local institutions. 3. The central railway station of Venice has a great storage room, where you can leave a bag for all day for just 5 euros. It would be a real ... Open »
Verona
2. There is a tourist office next to Porta Nuova railway station. You can obtain a free map of the city there. The map is very useful as it shows all public transport routes and throws the light upon the upcoming cultural events. 3. Buses remain the main form of public transport. Tickets must be purchased in advance. They are sold in all newspaper and tobacco kiosks. As a ... Open »
Ravenna
2. Tourist buses commonly depart from the Piazza Farini square. Punto Bus center is located there as well giving tourists information on current tours and tickets prices. 3. The hottest months of the year are July and August, traditionally the peak of the tourist season in Ravenna falls within summer. A hotel for this period is recommended to be booked in advance as almost all ... Open »
Trieste
2. Thrifty travelers should be aware that the city has a lot of attractive budget hotels. Many of them are located in the downtown; regardless of the location the price in such places has always remained at an attractive level. 3. Holiday-makers should take into account that locals speak a special dialect. Often it is difficult to understand even for those who are fluent in ... Open »

Travelling to Venice - advices and tips. What should be provisioned in advance, the rules you might want to follow, and the things you better avoid doing in Venice. We help you to make your trip smooth and easy, with no unexpected surprises.