Preparing your trip to Seattle: advices & hints - things to do and to obey 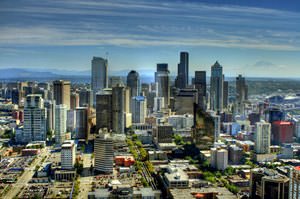 1. You can travel Seattle at any time of the year, as 12 months of the year there is the weather favorable for excursions and walks. The warmest month of the year is July; the daily temperature during this period is about +24°C.
2. Travelers arriving to the airport can get to the center by special Metro Transit buses. They are available around the clock. You can get to the downtown from the airport by Gray Line Downtown Airporter buses. They are also available 24 hours a day.
3. Public transportation in Seattle is represented with an extensive network of buses and trolley buses, they cruise the streets from early morning until midnight. The fare is not more than 1.5 USD, depending on the route; in the downtown there is a small area of ​​free travel.
4. The most popular memorable gift among tourists is coffee and a variety of accessories for it. It’s better to buy coffee stuff in specialized stores, in this case, you can be sure of the quality of products. At open markets you may find interesting Indian-style souvenirs.
5. Shoppers will be delighted with prices in local shopping centers, as they are much lower than in many other cities of the country. The most attractive prices can be found at street markets; be sure to bargain with sellers. Copyright www.orangesmile.com
6. In restaurants and cafes it’s customary to leave a tip; 10 - 15 % of the order would be sufficient. A similar reward is provided to the taxi driver; bartenders and a maid at the hotel may be rewarded with 0.5-1 USD.
7. Locals are very punctual, so it is required to arrive to the meeting on time. Even in the case of a small late apology will be accepted with great difficulty.
Guide to Seattle sightseeing - things to see and to visit
Seems, everyone has heard at least once about “the city of rains” located in the United States. This city is Seattle, which is situated on the north-west of the continent. However, the …

Open
8. While walking around the city, don’t speak to unknown children, more so, don’t touch them. Such actions may be perceived in the negative way and can be a cause for arrest.
9. Fans of shooting photos are sure to consider some important nuances. Don’t take photos of local people without their prior consent and don’t publish those photos to social networks. Otherwise, you can get a suit for infringement of privacy.

Preparing your trip to Seattle: advices & hints - things to do and to obey You can re-publish this content with mandatory attribution: direct and active hyperlink to www.orangesmile.com.
Seattle - guide chapters 1 2 3 4 5 6 7 8

What to visit being in Seattle - unique sights 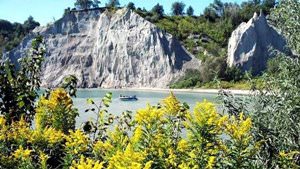 Distance from Seattle center - 4.1 km.
Active work on the purification of the contaminated ground began in 1995. Tons of contaminated soil were transferred to the nearby mortuaries. Over the years of the cleaning work, 16 000 cubic meters of soil were disposed. Virtually all this land was transferred to Passmore Avenue repository. Now, the mortuary is being kept under strict surveillance. According to available data, it is very reliable and eliminates the leakage of the radiation into the environment. … Read further

Tips for the cities around Seattle

Vancouver
2. Most shops and shopping centers are open for visitors from 10:00 to 18:00. Sunday is usually a day off. Large shopping centers can work until 21:00. 3. Government institutions usually work from 10:00 to 17:00. Friday is considered a long working day, so the majority of banks and post offices are open until 18:00. 4. Currency can be exchanged in banks or special ... Open »
Calgary
2. Money can be exchanged in banks and specialized exchange offices. Tourists should abandon the services of private individuals who offer to make an exchange. It is also worth noting that payments by credit cards have become very widespread in Calgary, so tourists do not need to carry large amounts of cash. 3. Tourists, who plan to devote much time to shopping, are ... Open »
Edmonton
2. Travelers who have enough time and want to visit nearby cities are recommended to use Greyhound intercity buses. Comfortable buses are ready to take passengers to any place of interest as soon as possible. 3. The main form of public transport in Edmonton is bus; the most popular routes cruise the city from 5:00 am to 1:00 am. You can also travel by high-speed trains; bus ... Open »
Nevada
2. Travelers visiting the state for the first time would found interesting to look into the tourist office, which is located in the capital of the state, Carson City. Here you can get all the necessary information available, learn about things to do and buy tickets for events of interest. 3. Holidaymakers can travel around the state and its environs by trains and buses. Many ... Open »
San Francisco
2. Those tourists looking for visiting of local landmarks and sites should necessarily buy a city map. There are several types of city maps available for tourists. The most popular ones are considered to be the Go Card and CityPASS as these maps enable tourists to buy museum and art galleries entrance tickets with sufficient discounts. 3. The optimum way to pay for goods and ... Open »
Salt Lake City
2. The system of cashless payment is widespread. Shops accept virtually all types of international cards, including Master Card, VISA and American Express. Cash will be useful to those who plan to attend small street restaurants and shops away from the city center. 3. You should only pay with the national currency, any other won’t be accepted. It isn’t recommended to pay ... Open »

Travelling to Seattle - advices and tips. What should be provisioned in advance, the rules you might want to follow, and the things you better avoid doing in Seattle. We help you to make your trip smooth and easy, with no unexpected surprises.