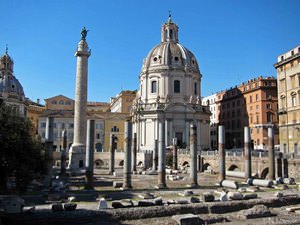 Classic landmarks of Rome can amaze absolutely everyone, so it’s clearly understandable why they have long become incredibly popular worldwide. However, millions of travelers know nothing about many other unusual symbols of the city, which are, nevertheless, as much interesting and unique as world heritage sights. Do you like cats? If yes, you’ve chosen the right city, as besides three million residents, Rome is home to nearly 300 thousand cats. Many of them live on the same street, which is also one of the most unusual landmarks of Rome. That is the so called “Cat Sanctuary” that is located in Torre Argentina (Torre di Argentina) district. Archeological excavations lasted several years in this part of the city, but now the large territory is absolutely empty, and only cats live there. There are roughly not less than 500 kitties living in Cat Sanctuary. When you plan to visit that place, don’t forget to bring some treats for the animals.
Your active city break in Rome. Attractions, recreation and entertainment - best places to spend your day and night here
Rome will be truly loved by fans of nightlife and shopping, as well as by those who enjoy walking in beautiful places and look at picturesque nature. Gilda is the most popular discotheque of …

Open
When you are in mood for visiting unusual places, climb up to Aventino

on top of the mountain. You will see old high gates near the square. If you find the keyhole and look through it, you will learn one of the main “secrets of Rome”. Travelers, who have already found the keyhole, often keep in secret what they saw there. We won’t be so mysterious and spill the beans. The keyhole offers a wonderful view of the St. Peter’s Basilica. The view is so gorgeous that it feels like there is a fairytale land behind the gates. Experienced photographers manage to make fabulous shots through the keyhole, but everyone is welcome to test their picture taking skills in Piazza dei Cavalieri di Malta.
On Sunday, don’t forget to visit the old Porta Portese

market. This is an awesome place to buy excellent vintage souvenirs that will be a worthy alternative to traditional magnets and mugs. The flea market is a great place to shop old ceramics and interesting wooden artworks. Without a doubt, the market is a treasure for antiquity collectors. When shopping on Porta Portese, don’t forget about the main thing. It’s essential to bargain on the market. For locals, bargaining has become a good old ritual, and not a symbol of greediness. Copyright www.orangesmile.com
Advices to travellers: what you should know while being in Rome
1. Travelers are advised to make sightseeing on foot because amazing and unforgettable attractions are located here right at every step. 2. Those tourists, who want to make a trip to …

Open
If you want to buy some “hot” souvenirs for your friends and family, head to Peperita

shop. This is a nice place to buy creative souvenirs with chili peppers – interesting bouquets, garlands, home decorations, and even chili pepper plants in pots. Dozens of types of sault and oil with pepper, savory jam with pepper, different spices and their combinations – Peperita is an awesome place to visit for everyone keen on culinary and spicy food. In addition to “chili pepper” souvenirs, visitors can buy the traditional Limoncello liqueur. One of the best specialty stores is open on Piazza Navona 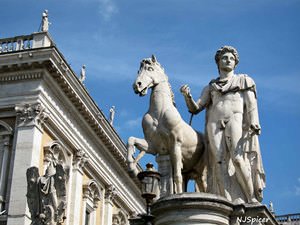 There is a secret street in Rome - via Piccolomini

- the unique characteristic of which is known only to some travelers. This street offers a panoramic view of the St. Peter’s Basilica, the one that is seen through the keyhole of the old metal door. However, the main peculiarity is not in the view. During a walk on the street, you will notice a fascinating optical illusion. You will not be able to look at the cupola closer – when you walk towards the basilica, it looks like it’s slipping away. The further you are from the cupola, the bigger it looks. That’s a miraculous trick of vision. If you have an opportunity, make a car or motorbike ride on via Piccolomini because with faster speed the optical illusion looks even more unforgettable.

Survived castles around Rome
♥   Castle 'Castel Sant’Angelo' Rome, 1.4 km from the center. On the map

♥   Castle 'Castelseprio Castle' Castelseprio, 10.1 km from the center. On the map

Art galleries in Rome and around
♥   Art museum 'Doria Pamphilj Gallery' Rome, 0.3 km from the center. On the map

♥   Art museum 'Palazzo delle Esposizioni' Rome, 0.6 km from the center. On the map

Public palaces near Rome
♥   Palace 'Palazzo Doria Pamphilj' , 0.3 km from the center. On the map 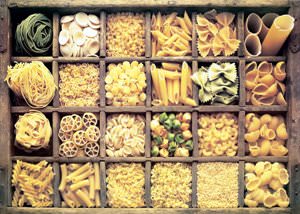 Distance from Rome center - 3 km.
One of the main themes of the Roman Museum is to throw the highlight on the true history of popular food. In the course of more than a century, the unique collection of the old manuscripts was collected, suggesting that it was not the Italians, but the ancient Greeks who were the first people in the world who began to cook the pasta. The Italians have achieved a different culinary achievement - they have learned to dry the macaroni and put a stock on them. … Read further 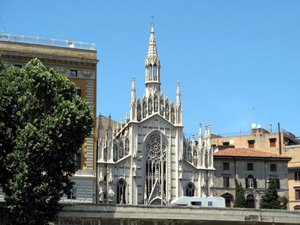 Distance from Rome center - 2.7 km.
The head of the church accompanies the guests and tells them the incredible stories about the ghosts. He notes that the deceased souls do not like human interference, and that is why the visit of the museum should be particularly careful and careful. The museum can be visited free of charge and the exhibits presented in it can be photographed, although the recording is absolutely vain. Until now, no visitor to the museum has succeeded in making the qualitative photographs of objects kept in it. And it is not the bad lighting or technical problems. … Read further 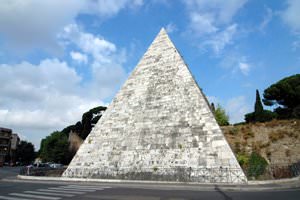 Distance from Rome center - 2.6 km.
Besides the half-troubled, they found a few memorial announcements about the great deeds of the judge. The explorers have also written down their memoranda on one of the room walls. For more than one and a half thousand years one could not find the entrance into the pyramid, which was carefully masked. The impossibility to look into the building has created a lot of the interesting legends. Some inhabitants of Rome still believe today that the secret tomb Rems - the founder of the city is located in the pyramid. … Read further

Florence
If you cannot imagine a vacation without walking and wish to relax away from popular and noisy tourist regions, don’t forget to visit Piazzale Michelangelo. This square is located on top of a hill and is considered one of the most silent and secluded places in the city. Piazzale Michelangelo was founded in 1868, and in order to reach it one needs to walk on quite a ... Open »
Bologna
Bologna is known for its meat delicacies. Keep in mind that experienced gourmets prefer to try them not in fine restaurants but in ordinary urban markets. Early Saturday morning, go to the nearby grocery market and be sure to try "Mortadella" sausage, which is produced only in Bologna. Local sellers are sure to treat you with special ham and cheese, and in small street tents, ... Open »
Dubrovnik
Dubrovnik suburbs are also full of unbelievably beautiful and hidden places. The town of Rozat is one of the magnificent places where visitors can enjoy silence and serenity. The rise of the Ombla River is located there. A walk in this beautiful place promises to be an unforgettable romantic journey. Here travelers will be able to relax in an idyll setting, admire the view of ... Open »
Salzburg
Right after your arrival in Salzburg, you will be certainly charmed by the historic splendor of the city. While walking in the city’s shops, it will be hard not to buy some cute vintage item. In Salzburg, travelers can also make unique vintage photographs that will be a fantastic and memorable gift. The process of making these photos is no less exciting than the result. Head ... Open »
Zurich
Are you thinking of souvenirs from Zurich for friends and family? While walking on the central street, don’t forget to find Alfred Bert. This unique postcard shop doesn’t offer ordinary postcards with landscapes that are easy to bend and to lose. It’s impossible to lose a magnificent half-meter large postcard with a mesmerizing panorama of Zurich, same as it’s ... Open »
Belgrade
Do you love shopping? Have you visited Belgrade more than once? In this case you certainly know that the city can’t boast a large selection of souvenirs, so it’s really hard to bring something amazing from a trip. Try to buy gifts in the old gift shop, Solid, opened in 1953; it’s not far from the Parliament building. The shop could offer not only classic souvenirs, but ... Open »

Walk through hidden local streets, sneak to a small cafe, breathe and enjoy Rome from inside. Stay out from the beaten track during your city weekend, discover the soul of Rome as a real travel gourment. Follow our guide, take one of the exclusive services and spend your time in Rome unforgettably and with a full passion!