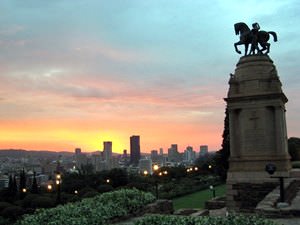 Historical monuments of different epochs are kept in Pretoria. Lovers of trips will be interested in The Union Buildings – it is beautiful dimensioned palace, surrounded by picturesque park ground. The Union Buildings are the center of the country’s politician life, the most important meetings and events are realized there. The building’s length is 280 meters, its width is 100 meters, the height is 60 meters. Construction of this incredibly beautiful and dimensioned architectural complex was finished in 1913 after 4 years of building. At that time it was the most dimensioned building of the South hemisphere.
Guide to Pretoria sightseeing - things to see and to visit
Magnificent architecture and splendor of natural colors, warm sun and wide range of entertainments - Pretoria has become a favorite place of rest for thousands of travelers. The city is …

Open
Several age-old ports are kept in the country too, the most beautiful of them is Schanskop. It had been built at the end of 19 century and had serious damages during The Great Boer War. The modern architects have managed to restore the original form of building, recently there was unveiling of monument to Daniel Teron. This ordinary school teacher became famous as the great commander.
Klapperkop fort’s history is interesting too, its territory involves a lot of symbolic monuments and memorials. Among examples of Military architecture it is important to note the fort Wonderboompoort. It took part in less military operations, so it was kept to the present time almost in primeval form. One of the most interesting cultural establishments of Pretoria is Kruger House. Copyright www.orangesmile.com
Cuisine of Pretoria for gourmet with top restaurants and cafe
Inasmuch as the primary part of Pretoria’s habitants is European, the European cookery is the most widespread. Here are national gastronomical establishments, which can be appreciated …

Open
Built in 1844 it keeps the priceless collection of SAR president’s personal things, the age-old residence is decorated in compliance with all the traditions of 19 century. The brightest monument of Victorian style is Melrose residence, it received its name after Scotland abbey Melrose. The residence was built in 1886, and it was serving as the headquarters of English army for a lot of years. At the present time this residence is reequipped to the museum; it introduces visitors with the cultural traditions of Victorian epoch. 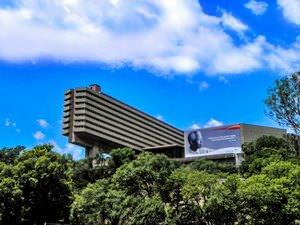 Pretoria’s guests need to visit the oldest museum in the country- it is Transvaal Museum. Its unveiling was in 1892, the museum’s exposition involves the priceless archeologists’ windfalls, and the collections of animals and birds which live on the country’s territory. African Window museum can represent interesting collection too. Various cultural and historical artifacts and archeological windfalls are kept in it.

In the section below, you can get one of our excursion, activities or city discovery tours over Pretoria and surroundings. Our website offers 10-30% lower ticket prices, when compared to the offline purchase on the spot.

This guide to cultural sights Pretoria is protected by the copyright law. You can re-publish this content with mandatory attribution: direct and active hyperlink to www.orangesmile.com.
Pretoria - guide chapters 1 2 3 4 5 6 7
Reference information
Map of all palaces

Public palaces near Pretoria
♥   Palace 'Palace of Justice' , 6 km from the center. On the map

Art galleries in Pretoria and around
♥   Art museum 'Pretoria Art Museum' Pretoria, 4.9 km from the center. On the map

♥   Art museum 'Edoardo Villa Museum' Pretoria, 5.3 km from the center. On the map

Unique spots in Pretoria and near 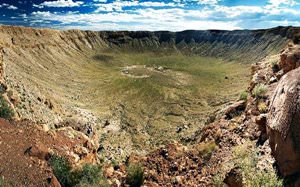 Distance from Pretoria center - 161.1 km.
The largest impact crater of the planet is in South Africa. Vredefort is a landmark of world importance; in 2005 it was added to the UNESCO World Heritage Site list. The diameter of the crater is 380 km. Currently, there is the city of the same name here. The crater has formed after a collision of Earth and the asteroid that was more than 10 km in diameter as scientists assume. … Read further

Multicultural and diverse South Africa is a country with a rich history, about which many of its museums and historical monuments tell. District Six Museum in Cape Town is one of the most important museums in the republic. Photos, videos, household items presented here reflect the tragic history of the apartheid. In the 60s-70s, inhabitants of District Six - liberated slaves, workers, and immigrants living on the outskirts of Cape Town - were forcibly evicted. About 60 thousand people were expelled from their homes, which later were demolished. Here there is a large map of the district and interiors reconstructions. Many of the museum employees were victims of the apartheid themselves. … Open

Photogallery of cultural heritage of Pretoria

Excursions over cultural sights of neighbours of Pretoria

Johannesburg
Today the gold mine has been converted into an open air museum. This historical part of the city is called Gold Reef City. During an excursion here guests will be offered to go down into a deep pit and watch the how gold is mined and processed. There is an interesting shop in the territory of the museum. Here anyone can buy ancient and modern gold coins. The city is home to ... Open »
Stellenbosch
Nowadays, Stellenbosch University is one of the largest educational institutions of not only South Africa but also the Southern hemisphere in general. The main campus of the university is also the most beautiful architectural landmark in the town. The territory of the university includes a magnificent botanical garden, Botanical Garden University of Stellenbosch, that is also ... Open »
Cape Town
One of the most striking, both literally and figuratively, sights of Cape Town is called Bo-Kaap. The name refers to one of the oldest districts of the city. The distinctive feature of this district is small two-story houses. Even though they were built in the end of the 18th century, the houses are still preserved in their original form. The miniature buildings are painted in ... Open »
Antananarivo
During a walk in Antananarivo, tourists can see many magnificent mansions and palaces. In the capital, there are still many landmarks of the colonial period. Without a doubt, Rova Ambohimanga palaces are one of the most prominent architectural landmarks of the region. The first palace of the area, Manjakamiadana, was built yet at the beginning of the 17th century. A century ... Open »
Luanda
While walking around the city, one can admire many beautiful colonial buildings. Thanks to the preserved historic architecture, some of the streets in Luanda were officially recognized as national heritage sites. One of the most remarkable colonial buildings is the Palacio de Ferro Palace. Many tourists recognize it by the picturesque rich-yellow facade. It was built more ... Open »
Zanzibar Island
Don’t forget to visit the Old Fort. You’ll find a craft market where you can buy some nice souvenirs there. In the night-time, people can enjoy theatre plays and national music. The fort was built in the 17th century as a fortification to protect the island from Portuguese and Saudis. Later, there was a prison where criminals and slaves were jailed. Time later, the fort ... Open »

Culture guide to Pretoria. Which fascinating sights to visit once you are in Pretoria: temples, churches, museums, theaters and castles. Recommendations (with addresses, phone numbers and links) on the places 'must visit' in Pretoria. Plan your own city excursion by using this page info!