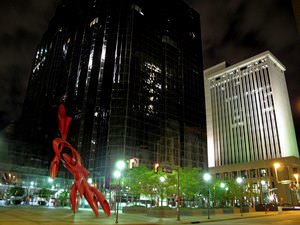 One of the main features of Oklahoma-City is national diversity as the city is home to people of different nationalities and cultures. Annually the city witnesses various ethnic holidays and festivals devoted to Scotch, Irish, Chinese, Italian, Jewish, Czech, Mexican, Arab and Afro-american cultures. Each yeah the city of Oklahoma holds a bright and remarkable event being the Great State Fair of Oklahoma which is a “can not miss” family event. The fair starts in the second part of September and lasts for 11 days being followed with exciting entertainments.
Shopping in Oklahoma City - main shopping streets, outlets and boutiques
Oklahoma City is famous for its top-class shopping centers, most of which offer not only a wide range of goods but also attractive prices. One of the largest in the city is Penn Square Mall …

Open
Each year the great event is visited by more than a million of foreign tourists. The guests of the fair have a chance to visit bright market places and buy original crafts of local masters. Various exhibitions showing the cultural peculiarities of different communities are as well of great interest for the fair visitors. As it was mentioned above Oklahoma-City is home to natives of different countries. This fact determines the diversity of the events and shows held within the fair.
The same original and exciting event of Oklahoma-City is the Festival of Norman Culture which was first held in 1976. The main distinguishing feature of the festival is a specific medieval genius peculiar to the event. Since 2003 the Reaves park has been an established place for holding the festival. Various fairs, music and theatrical shows as well as culinary battles and gastronomy events, bright costume parades and marches are taking place within the festival. Copyright www.orangesmile.com
Guide to Oklahoma City sightseeing - things to see and to visit
The city is the capital of the same named state. Oklahoma City is a major industrial and business center. The city's economy prospers successfully, so the government invests much money into …

Open
The Red Earth Festival can undoubtedly be called the most ethnic event among other national holidays and fests. The Red Earth Festival is devoted to the culture of American Choco Indian culture. Aborigines often call themselves red nation. The matter is in the color of the earthen land being bright red. This peculiar feature gave the festival its unusual name. The festival is held in the end of May. A major part of events and entertainments within the Festival takes place on the premises of the Fair Park. 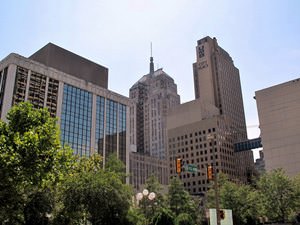 Over the past few decades the festival has developed into a scale event. Now more than a hundred of Indian tribes take part in the festival. The participants of the event compete in dance and music skills, demonstrate their crafts know-hows and gastronomy talents. The Festival opens with a bright and exciting march in which all the Indians of different tribes take part. Musicians with weird ethnic instruments, thespians and beauties of the tribes wearing inimitable folks’ costumes turn the event into impressive grand show. The festival offers various entertainments for the participants of all ages. Thus kids and youth will discover great exciting events and shows to be amused. Another peculiar feature of the festival is an exhibition of art works of amateur painters and sculptors.
Family holidays with kids in Oklahoma City. How to entertain your child, things to show to children.
Oklahoma City has a huge number of entertainment centers and is created for a fun family vacation. One of the most original amusement parks is Frontier City. This theme park will surely …

Open
The two-month Prix De West starting in early June and ending in early August is another great event ready to delight fans of event tourism. At this time, the National Cowboy & Western Heritage Museum opens a temporary exhibition of fine and sculptural art. It enjoys great popularity with both locals and tourists. Besides the exhibition, seminars and master classes, as well as gastronomic events are held as part of the festival. For fans of sports events, it is worth mentioning the Oklahoma City Memorial Marathon taking place in late April. The total distance is about 42 kilometers, and everyone is invited to participate. 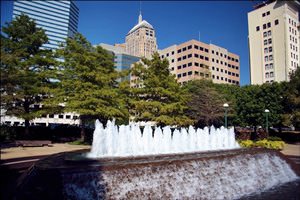 Fans of colorful sights will surely enjoy the Oklahoma Regatta Festival, which is organized at the end of September in Regatta Park. Besides the spectacular regatta, the audience can admire colorful fireworks, try local food and beer. Among other things, the festival provides a special venue for the youngest tourists. The end of September is marked by another wonderful event - namely, the Plaza District Festival. As the name implies, the venue is Plaza District where musical concerts, dance performances, and theatrical shows take place at this time. The festival lasts one day, and visitors will surely remember it for a long time.
Cuisine of Oklahoma City for gourmet with top restaurants and cafe
Among numerous restaurants of Oklahoma-City tourists give preference to a hospitable and welcoming eating house named Spencers Smokehouse & BBQ. The restaurant serves excellent barbeque, its …

Open
In early June, Oklahoma hosts a great cinema event. This is about the deadCENTER Film Festival, which ranks the top 20 film festivals in the world according to MovieMaker Magazine. At this time, the audience is invited to watch movies in the open air at specially equipped venues. There are lots of them, otherwise, the film festival would not have earned such recognition from MovieMaker. An Affair of the Heart taking place in early February and early October will be of great interest to travelers. At this time, State Fair Park opens a craft and antique fair where they sell all kinds of unique products. 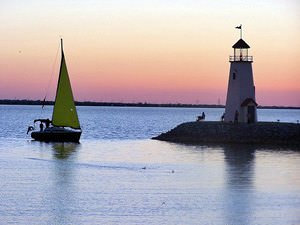 Another interesting festival can be attended at the end of May in Paseo area, and its name is the Paseo Arts Festival. The event itself is a fine art exhibition by local artists. Apart from the main events, you can enjoy a special menu in restaurants and cafes, as well as interesting exhibitions prepared by art galleries and museums. The New Year is widely celebrated in the city, and the OKC Arts Council's Opening Night is held within its framework too. The streets of the city are beautifully decorated, interesting activities are organized for children. You can also witness musical concerts, and on the night of December 31 to January 1, they launch colorful fireworks - the most important part of the festival.

This guide to traditions and festivals in Oklahoma City is protected by the copyright law. You can re-publish this content with mandatory attribution: direct and active hyperlink to www.orangesmile.com.
Oklahoma City - guide chapters 1 2 3 4 5 6 7 8

City tours, excursions and tickets in Oklahoma City and surroundings

Cathedrals and basilicas near Oklahoma City
♥   St. Joseph Old Cathedral, Oklahoma City, 0.6 km from the center. On the map

♥   Cathedral of Our Lady of Perpetual Help, Oklahoma City, 4.1 km from the center. On the map

Colors of Oklahoma City in photos

Traditions and festivals in cities around Oklahoma City

Dallas
The most important thing in life is self-realization. It is something they wish to all relatives and friends first. But even if plans haven't been realized until a certain age, that's okay. The thing is that here mature age is not treated as something inevitable and terrible: thus, it's not too late to start a business or even enroll at a university at the age of 80. And this ... Open »
Texas
The capital of the state hosts the even more original holiday, which is also aimed at the general public, we are talking about the Keep Austin Weird Festival. During the festival, the city becomes the weirdest in the state. It is a colorful and surprisingly cheerful carnival, during which you can find your favorite fairy-tale characters and people in the most unusual costumes ... Open »
Houston
Every two years, Houston hosts one of the most famous festivals in the world of art, Bayou City. This art festival is considered one of the best in the world; its visitors would have an opportunity to appreciate the modern street culture and communicate with experts in various fields of contemporary art. The main sporting event of the city - an annual marathon – is held in ... Open »
Memphis
Culinary experts and chefs come from all over the world to take part in this significant culinary event. Outdoor grills are put tight in the streets of the city. The tasting of gastronomy masterpieces takes place right in the streets as well. The main estimators of the cooking skills of culinary masters are usual passers-by who have a chance to fully enjoy astonishing dishes. ... Open »
Denver
The hometown of David Fincher, the director of the cult film "Fight Club", is striking with its values - locals do whatever they think is right, it is not accepted here to pretend to be "someone else", and the ability to be yourself is always welcome. No one will judge a person for singing walking along the street in quite strange clothes. All this because people understand: ... Open »
Colorado
Old campus is the site for another unusual national holiday; every year, the so-called Chatfield corn maze is constructed at the local botanical garden. The maze is built of 12-foot corn stalks; each year its design changes. Usually this corn construction can be seen from early September to late October. The maze has become one of the main symbols of Denver; all those ... Open »

Cityguide on traditions, mentality and lifestyle of people in Oklahoma City. Learn the best periods to visit Oklahoma City to discover its soul - authentic festivals, events and celebrations. We will also reveal the interesting habits, attitude towards the world and to tourists in Oklahoma City.