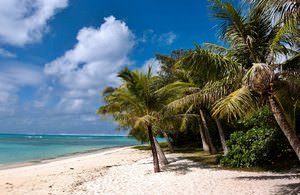 Surrounded by peaceful waters of the Pacific Ocean, the Mariana Islands have only recently drawn the attention of tourists. This remote part of the planet is your ideal destination if you have long been dreaming of spending time on deserted beaches, admiring beautiful coral reefs, and walking in tropical forests. An acquaintance with the traditional lifestyle of indigenous people and historic landmarks of the archipelago will be a worthy addition to any vacation.
First settlements on the archipelago were founded more than 4,000 years ago. Later, the Chamorro people inhabited the islands. Ferdinand Magellan and his crew were the first Europeans who landed on the islands. This important event took place in 1521. The period of Spanish colonization of the Mariana Islands started in 1565. In the second half of the 16th century, colonizers killed more than 150,000 indigenous people who were against the new colonization rules.
In 1741, there were no more than 5,000 indigenous people on the islands. This is the time when the Spanish and Filipino started actively settling on the Mariana Islands. The United States recaptured a part of the islands from Spain at the end of the 19th century. After the end of World War I, the islands temporarily became a territory of Japan. Later, the United States restored their rights for the archipelago. Nowadays, the Mariana Islands are an overseas territory of the United States. Copyright www.orangesmile.com
Each of the islands in the archipelago has its unique charm. Tourists primarily interested in beach recreation prefer to visit Saipan Island. This is a paradise-like place with white sandy beaches, numerous modern hotels and entertainment centers. Saipan is an upscale resort with multiple luxury hotels. There are up-to-date golf centers, prestigious restaurants, entertainment venues, and hotels for any taste. Just like many years ago, travelers from Japan are the main visitors to this picturesque island. 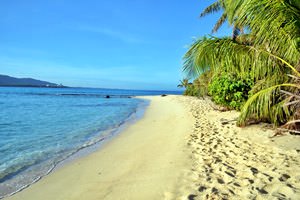 Do you want to relax in a calm place free of crowds of tourists? In this case, Tinian Islands is an ideal destination. Despite the fact that this is the second-largest island of the archipelago, there is only one island in its territory – a small village of San Jose. The United States chose this island for its military base, so tourists can access only a small part of the island. Because of this fact, there are not many visitors on the island, and so Tinian managed to save its natural beauty. Rota Island is one more amazing destination for a trouble-free vacation. This small island is not deprived of unique natural and historic attractions. Tourists can visit the mysterious Tonga Cave, climb up to the top of Mount Taipingot, see old stone mines, and admire the beauty of colonial architecture. Fans of fishing also enjoy visiting this island – they traditionally fish near the picturesque As Matmos Cliff.
Agrihan is the northernmost island of the archipelago. It is very popular with fans of diving and beach recreation. There are several beautiful beaches with black volcanic sand on the island. Coral reefs not far from the coast have made Agrihan really popular – local underwater world is incredibly beautiful and picturesque. 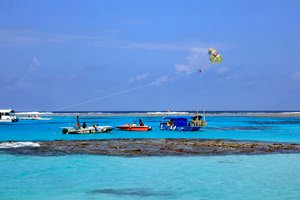 Many islands of the archipelago are uninhabited, and some of them are so attractive that they definitely deserve a visit. Volcanic Anatahan Island is one of them. The size of this island is 32 square meters. The whole island is literally an active volcano. The last eruption took place in 2005. Currently, scientists from different countries make up the majority of Anatahan’s visitors. Tourists can participate in excursions that take them close to the island, and lucky tourists can see signs of volcanic activity.
Pagan Island is also an active volcano that attracts visitors with its lifeless moonlike landscapes. A territory of the island close to Mount Pagan is covered with layers of petrified lava that has an unusual reddish shade. The unusual terrain of Pagan Island has made it one of the most beautiful in the archipelago. 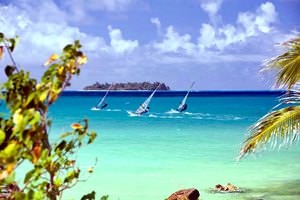 The majority of flights to the Mariana Islands depart from Japan and China. From Shanghai, tourists can take a flight provided by China Eastern. Northwest Airlines and Japan Airlines have regular flights to the islands from Tokyo. It is also important to mention regular connection with Seoul provided by Asiana Air.
This article about iconic landmarks and sights of Mariana Islands is protected by the copyright law. You can re-use the content, but only under the condition of placement of an active link to www.orangesmile.com.
Country maps 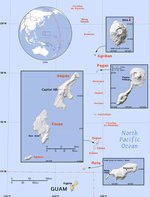