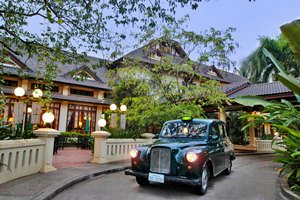 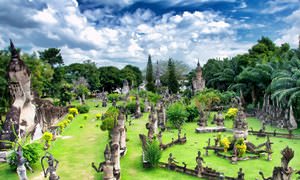 Without a doubt, the Plain of Jars is the most mysterious landmark of Laos. This is a unique archaeological area where scientists discovered thousands of stone jars of different shapes and sizes. The purpose of these stone jars is still unknown. The jars are very heavy - each of them weighs almost a ton. Nowadays, a big part of the archaeological region is open for tourists.
Unique sights of Laos from our series 'Extreme places on Earth'
These spots really worth the attention of a real traveler-researcher. …
Read further
The ruins of the ancient Vat Phou temple are a no less interesting historic attraction. The temple is now a UNESCO World Heritage Site. This spectacular temple was built yet in the 11th century. At that time, this was one of the most gorgeous and heavily decorated temples in the country. Even nowadays, the remaining fragments of the building show how elegant and grandiose the temple was. Vat Phou is located in a beautiful mountain region that is literally hidden among tall green trees. Local people considered this area sacred, and this is the reason why they decided to build such a fabulous temple here. 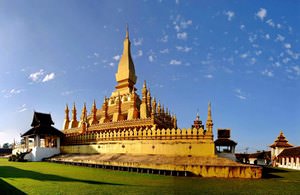 If you want to explore picturesque natural areas, head to the Tat Kuang Si Nature Reserve. This national park is the location of another important attraction – a waterfall that shares its name with the park. The period from August to November is considered the best time to visit Tat Kuang Si. The waterfall has several cascades, and the height of the tallest one is 54 meters. The waterfall forms many beautiful lakes and rivers in the mountain area. Lush tropical flora adds a special charming, creating a truly mesmerizing view. Many tourists call Kuang Si Falls the most beautiful place in Laos. Many locals share the same opinion and enjoy spending time in the park.
Unique sights of Laos from our series 'Extreme places on Earth'
These spots really worth the attention of a real traveler-researcher. …
Read further
The capital of Laos, Vientiane, also has many interesting historical and cultural attractions. In this city, tourists can visit old Buddhist temples, with Pha That Luang being the most gorgeous. There are multiple cultural centers and museums. The National Museum of Laos remains the most visited museum in the country. It exhibits a rich collection of ethnographic and historical artifacts. Besides historical and cultural landmarks, the capital is famous for its vibrant and colorful markets. Of course, there are many restaurants, clubs, and discos in Vientiane. 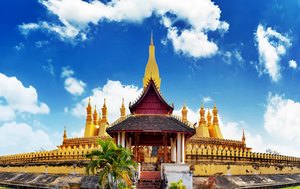 The airport in the capital of Laos accommodates flights from Cambodia, Thailand, Vietnam, and China several times a week. Flights from Thailand to Vientiane Airport are the most frequent. It is possible to reach Laos from all neighboring countries by bus. The country has the most active bus connection with Thailand. Buses from such cities as Nong Khai and Udon Thani depart several times a day. The bus ticket price is roughly 3 – 4 dollars. It is possible to reach Vientiane from Bangkok by bus, but the price will be higher in this case – 25 dollars.

This article about iconic landmarks and sights of Laos is protected by the copyright law. You can re-use the content, but only under the condition of placement of an active link to www.orangesmile.com.

Famous and uniques places in Laos from our review series 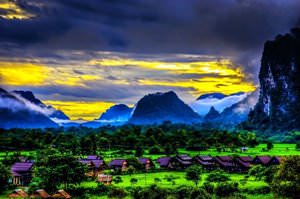 Vang Vieng in Laos is one of the most beautiful and, at the same time, one of the most dangerous places in the world. Vang Vieng is considered a youth resort. Many nightclubs, discos, bars, and other entertainment facilities are concentrated along the main street. More than 170 000 tourists from around the world come here in search of alcohol and drugs that are sold freely in this small town.

You can have fun all day and night. After dawn, young people head to clubs, and at the day many travelers prefer active entertainment. A huge variety of sports activities, including a rather extreme ones, such as rafting in an old wheel of a tractor are available for tourists. Such dangerous entertainment  became a cause of death of many visitors. According to statistics, more than 20 people are … Read all 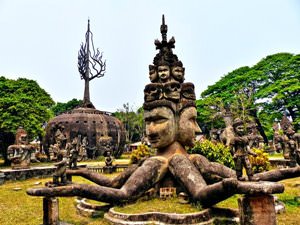 In Laos, travelers will have an opportunity to visit  the unusual Buddha Park. It is located in the immediate vicinity of Vientiane. The opening of the park took place about 50 years ago. It is not about nice exotic plants, but uncommon sculptures instead. Total in the park, there are about 200 statues of Buddhist and Hindu subjects, among which you can see not only the Buddha sculptures, but also incredible mythical monsters.

The park was opened in 1958, but apparently some statues look as if they have been created a few hundred years ago. In fact, concrete items were aged artificially to give the park complex a special kind of mystery. Besides sculptures, there are amazing landscape decorations. The park is very popular among tourists. It’s not difficult to get there from the … Read all 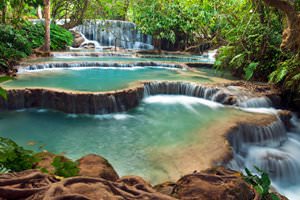 In Laos there is a wonderful waterfall, that deserves the attention of all curious tourists and nature lovers. It is the Kuang Si Falls, located in the surroundings of Luang Prabang province, and is one of its most striking and popular sights. The waterfall begins on the top of a steep hill and consists of 50 cascades, which alternate with incredibly beautiful basins of turquoise colour. Despite the fact that for a calcareous tuff such a number of cascades is not something outstanding, this does not in the least diminish the uniqueness of Kuang Si Falls.

The waterfall is located in a picturesque forest. Next to it some picnic areas are equipped. In addition, some waterfall pools are suitable for bathing, which is actively used not only by local residents, but also by many tourists. Fans … Read all
All unique sightseeing Laos 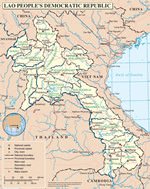 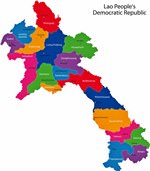