Family trip to Kobe with children. Ideas on where to go with your child 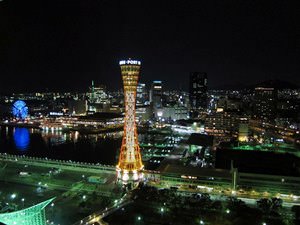 Kobe is famous for its first-class entertainment centers and picturesque parks, which is why the picturesque town is often chosen for recreation by tourists with children. One of the largest and most upscale is the Machikado Amusement Park Mosaic Garden. It is located on the lively Kobe waterfront. The main decoration of the park is a big Ferris wheel. Many attention-grabbing attractions, cozy cafes, souvenir shops, as well as plenty of free space for walks, are available for tourists.
Excursion over cultural sights of Kobe - 'must visit' points of interest
Kobe is a treasure trove of unique architectural and historical monuments. Many old buildings and cultural centers were completely destroyed by the earthquake of 1995 but later restored by …

Open
The Kobe City Suma Marine aquarium is very popular among travelers with children. It will please visitors with its beautiful design and a large collection of marine inhabitants. Hundreds of colorful fish, exotic jellyfish and starfish swim here in large aquariums. There is an excellent dolphinarium in the aquarium, in which exciting shows are held daily. Another unusual feature of the aquarium is the mini-zoo, which contains animals for which the water element has become a home.
Another appealing and picturesque place that animal enthusiasts should visit is Kobe City Oji Zoo. The zoo is very large and incredibly beautiful. Natural habitats were recreated in it as much as possible for animals. Pink flamingos live in a big artificial pond, a spacious aviary was equipped in the African style for elephants, and penguins live in an unusual aviary with caves. Some of the inhabitants of the zoo are lovely pandas and meerkats, monkeys adored by all children, and peacocks which do not cease to amaze one with their spectacular view. Visitors are allowed to feed some friendly inhabitants of the zoo. Copyright www.orangesmile.com
Your active city break in Kobe. Attractions, recreation and entertainment - best places to spend your day and night here
Kobe has a lot of places for an active and interesting holiday. In the warm season, you should definitely visit Takenaka, the most beautiful park in town where more than 200 species of herbs …

Open
For those who want to take a walk with the children in a picturesque garden, the Rokko Alpine Garden is perfectly suited. This garden is very unlike the numerous botanical gardens that you can visit in other cities. It is very large, and has a natural appearance. In the garden, there is a rich collection of rare flowers and plants. Some of them are constantly sheltered by greenhouses which maintain a comfortable climate for the plants. During a walk in the garden, visitors will often have to move around the rough terrain, which makes the walk even more fascinating. 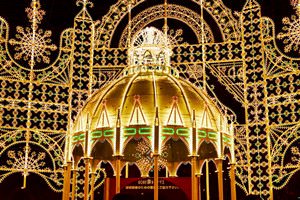 There are some unusual attractions in Kobe, similar to which you will not be able to visit in any other city of the world. An excellent example is the “owl café” BiBi & GeorGe. A visit to this café will delight not only children, but also adults. In this cafe live the realest owls, for which comfortable perches and feeders are equipped in the hall. To relax in a cafe, simply order any drink or dish. All visitors can stay in the hall for no more than an hour. This time is enough to not only taste signature dishes and drinks, but also to communicate with amazing birds.
Advices to travellers: what you should know while being in Kobe
1. The most favorable period to visit Kobe is spring and autumn when it is always very warm and sunny here. In summer, it often rains and a strong wind blows, which can ruin your vacations. …

Open
There are several fine museums in Kobe, among which there is the typical Kobe Anpanman Children’s Museum & Mall. This scientific museum is designed specifically for children. It occupies an original modern building and is distinguished by its bright design. In this museum which is more like an entertainment center, fascinating amusement is prepared for children from two years of age. A bright locomotive runs around the museum, and everyone can take a ride on it. Many playgrounds are equipped here for the kids. In the museum, children are offered to play the role of cooks and firefighters. Another attractive feature of the center is a beautiful cafe with a huge selection of sweets.

This guide to family holidays in Kobe is protected by the copyright law. You can re-publish this content with mandatory attribution: direct and active hyperlink to www.orangesmile.com.
Kobe - guide chapters 1 2 3 4 5 6 7 8 9

♥   Amusement park 'Kobe Portopialand' Chūō, 4.8 km from the center. On the map 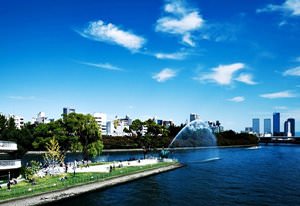 Distance from Kobe center - 30.8 km.
A few years ago, the city authorities decided to clean up the area. They started construction of a new luxury residence there. The park was created as a part of the project. The authors of the project were teammates from TOFU Architects company. They used the most affordable and simple materials, including cardboard, paper, vinyl, wood, and stainless steel. … Read further 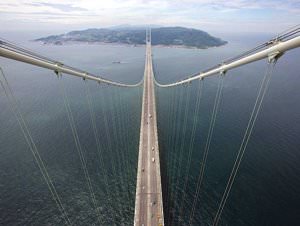 Distance from Kobe center - 15.2 km.
Notwithstanding this, the complicated project was realized among the architects and the construction workers to the shortest deadlines - for 10 years. Already in 1998 the pearl bridge was opened. Especially for this architectural project the special type of concrete was developed with which one could work under the water. The full length of the magnificent bridge is 3,911 meters. At the opening, the Pearl Bridge was the longest and highest suspension bridge in the world. … Read further

Photogallery of best places of Kobe

Interesting places to visit with children around Kobe

Osaka
On a rainy day, you can take your kids to Legoland Discovery Center Osaka. Not only fans of Lego toys but everyone who likes original entertainment centers will like it here for sure. Here you can see huge figures built of miniature Lego bricks, as well as check out various themed and gaming rooms. Some rooms present realistic scaled-down models of cities, while in others, ... Open »
Kyoto
Those who have long dreamed of admiring exotic marine life, will like the Kyoto Aquarium. In this large modern aquarium which is considered one of the best in the world, you can see the rarest breeds of sharks and exotic fish, as well as watch the cute animals for which the water element has become a home. Seals and penguins live in the aquarium. There are mesmerizing ... Open »
Okayama
Those who like to walk around quiet scenic places will like Higashiyama Park. This is another picturesque park with many fountains and exotic plants. Beautiful playgrounds with slides and swings are equipped for children here. Visitors to the park can look for many interesting monuments and structures, which can possibly turn into a fascinating activity. Those who want to ... Open »
Nagano
Many local sports facilities remained open after the Olympics, and some of them are now freely available. Among them is Aqua Wing, a first-class water sports center with a great swimming pool. This sports complex is very clean and well-equipped so it is nice to spend time with school children here. Visitors are invited to work out under the guidance of professional trainers. ... Open »
Tokyo
If you want to relax in a more creative and unusual place, consider visiting Tokyo DisneySea. This theme park is one-of-a-kind place where visitors will find unique water-based entertainments that are suitable for children of different age. Guests of the park are welcome to make a ride in a national style boat, reach a fairytale island, participate in interesting games and even ... Open »
Niigata
Those who like relaxing in the fresh air should visit Nishikaigan Park in summer. This coastal park has a beautiful shallow beach with white sand - an ideal place to relax with small children. Visitors can enjoy a specially equipped children's playground with slides and swings, as well as various coastal cafes in summer. A must-have for traveling families is Marinepia ... Open »

Guide to sightseeing and entertainment for children in Kobe - parks, attractions, museums, zoos, water-parks. All fascinating and educational sites of Kobe, which are must visit and see for your child. Find out the best discovery routes and places for kids (local theaters, exhibitions and museums), where you can spend quality time together. Kobe for families with children.