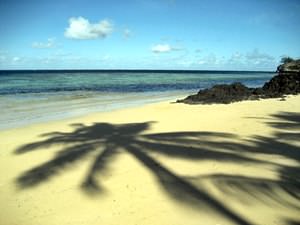 Over thousands of years, the culture and traditions of Kadavu have become multifaceted. The first settlers came to the island over 3.5 thousand years ago. They were skilled hunters and fishermen. Fishing is still one of the main deeds of many locals. A lot of interesting legends are connected with it. According to one of them, thousands of years ago, the natives armed with quite primitive tools hunted giant tortoises.
Guide to Kadavu Island sightseeing - things to see and to visit
Kadavu is a picturesque Polynesian island and the fourth biggest Fijian Island. Most of its territory is occupied by thick rainforests. Everywhere, you can see green hills and mountain …

Open
The main hunters’ weapon was their voice. They lured tortoises to the coast with their songs and then clumsy and heavy animals were just unable to escape. It should be noted that this amazing hunting skill is improved by local women today. As it is forbidden to hunt rare animals, the locals just demonstrate everyone their unique skills and easily lure curious turtles to the coast.
The first European ship boarded the coast in the second half of the 18th century. The first European visiting the island was William Bligh. At that time, the Europeans were very interested in this picturesque island. Big ships boarded it almost every month. Many ships were wrecked and sank due to the reefs in the coastal waters. Today, they attract many divers to the island. Copyright www.orangesmile.com
Family holidays with kids in Kadavu Island. How to entertain your child, things to show to children.
Kadavu Island of the Fijian Archipelago is famous for its wonderful beaches and rainforests. Making your way through them is a real pleasure. Your holidays on the island with children will …

Open
At that time, any locals believed that the island welcomes only those guests who have good intentions. The travelers with bad ones are taken away by the sea. One of the biggest ships being wrecked in the 19th century is “Astrolabe”. One of the biggest and most beautiful reefs on Kadavu is named after it. Despite the fact that today the island is similar to other famous resorts with its development level. Its culture is still full of interesting old peculiarities. 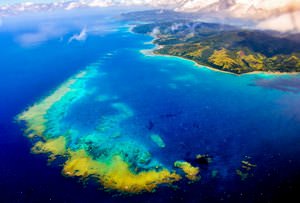 The food traditions of Kadavu deserve special attention too. The cooking of exquisite dishes in the ground is a very interesting spectacle. Travelers should certainly visit one of the picturesque villages, acquaint with craft aborigines’ traditions, taste popular national treats, and witness interesting dance performances called “meke”.

This guide to traditions and festivals in Kadavu Island is protected by the copyright law. You can re-publish this content with mandatory attribution: direct and active hyperlink to www.orangesmile.com.
Kadavu Island - guide chapters 1 2 3 4 5 6 7

City tours, excursions and tickets in Kadavu Island and surroundings

Fijians are an original people, whose ancestry came about as a result of the mixing of several ethnic groups of the Pacific Ocean region. In the modern culture of the archipelago, ancient beliefs coexist with Christian customs, and the traditional way of life is mixed with the attributes of a democratic public order. In spite of the historically propagated reputation of being aggressors and cannibals, today’s residents of Fiji are considered one of the friendliest people on the planet. The inhabitants of the islands are the only ones in Oceania, who are genuinely proud of their past. The more respect for local traditions a tourist demonstrates, the more hearty reception he or she receives. … Open

Colors of Kadavu Island in photos

Traditions and festivals in cities around Kadavu Island

Viti Levu Island
If you a guest in somebody’s house, bring a small gift to a master and surely accept a gift in return. Entering a house, take off your shoes. Moreover, you’ll be very likely invited for a traditional dinner. There will be no special ceremony, people just sit in a down on a mat around various dishes. First locals give food to guests, then to elderlies, then to men and ... Open »
Nadi
Despite the fact that Nadi is a pretty modern city and the locals are very loyal to the European traditions, they are distinguished by the respect for the traditions of their ancestors. Thus, in everyday life a family can gather together at a dinner table, and on holidays the locals usually follow special gastronomic traditions. It is believed that the owners of a house must ... Open »
Mamanuca Island
Dance is a very important part of the Islander culture. It has a ritual meaning. Movements have been passed down from generation to generation for many centuries. There are appropriate dances for almost any event in the life of the family and society. The male war dance is usually performed during shows intended for tourists. It is called Sibi or Meke. Women's dances ... Open »
Vanua Levu Island
Vanua Levu is the second largest island in Fiji. Despite its size, it has only recently become a tourist destination. Therefore, there is not a particularly developed service, there are no major events, except for national holidays. But the island is a place where the traditional way of life of the population is best preserved. Fijians love and widely celebrate national ... Open »
Auckland
The idea of environmental protection is popular in Auckland. So locals try not to buy new bags, disposable dishes or cocktail tubes if they can use the old ones. Locals like to decorate their bodies with tattoos. They adopted this passion from the Maori, as well as the national Haka dance. You can learn more about indigenous culture if you visit the city during the Summer ... Open »

Cityguide on traditions, mentality and lifestyle of people in Kadavu Island. Learn the best periods to visit Kadavu Island to discover its soul - authentic festivals, events and celebrations. We will also reveal the interesting habits, attitude towards the world and to tourists in Kadavu Island.