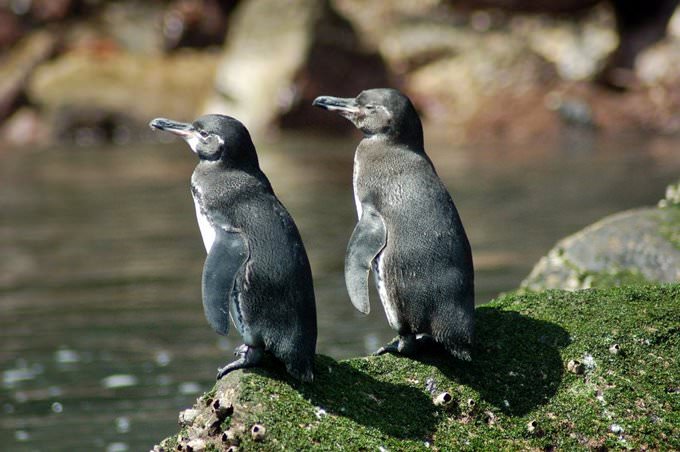 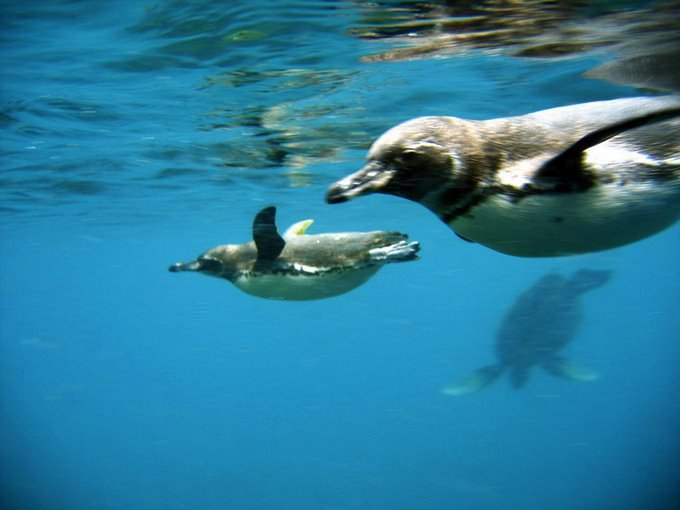 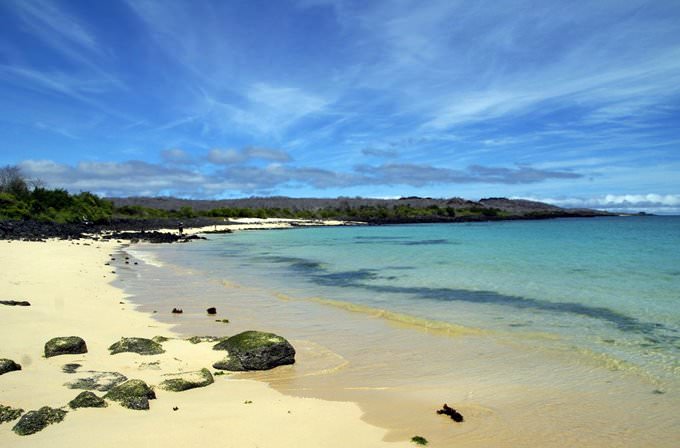 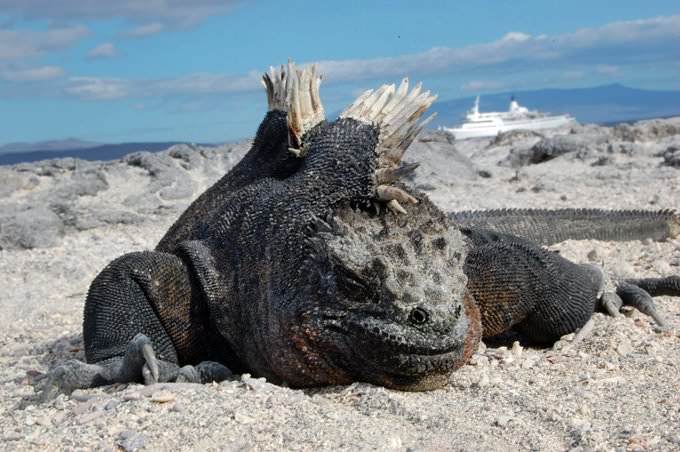 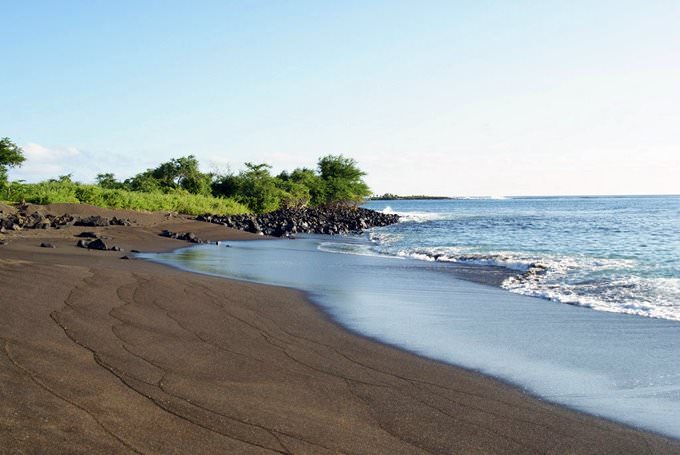 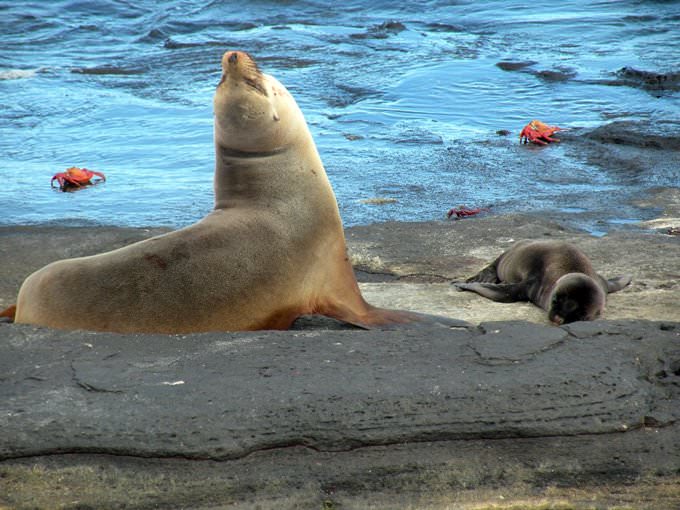 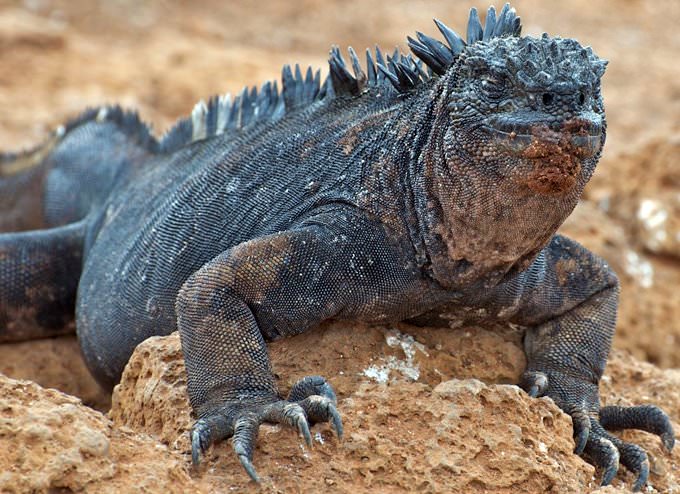 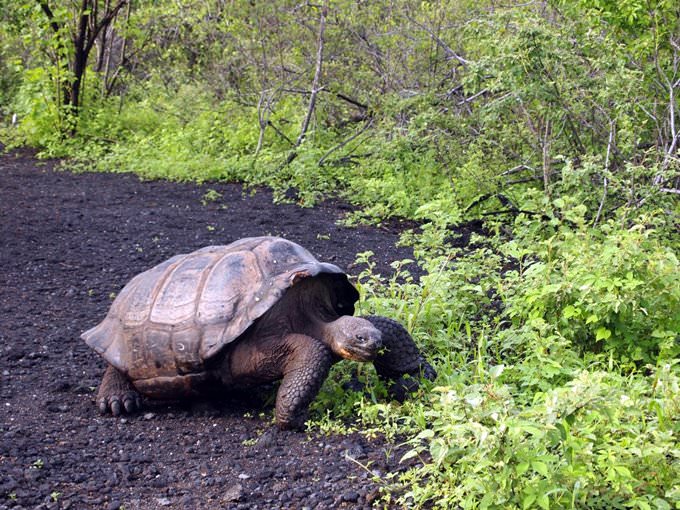 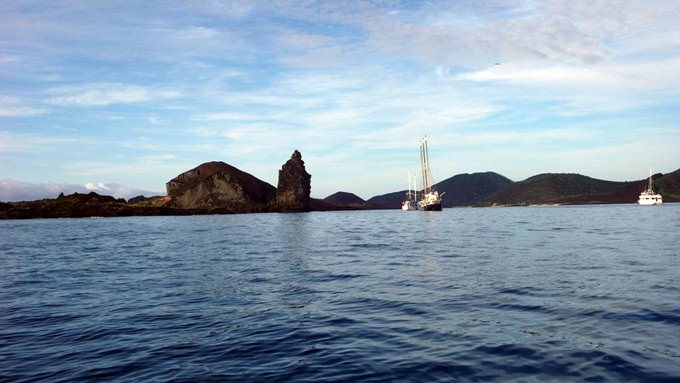 Among multiple landmarks of the city, it’s important to mention the President Palace, the Independence Square, San Diego Monastery, San Francisco and La Compania Churches. The Museum of Colonial Art exhibits large collections of works of famous Latin American artists. Many interesting artefacts can be found in the Museum of Natural History and Archaeological Museum. They throw light upon the history of Ecuador and let visitors know more about culture of ancient tribes. This is a true journey to the past. The best way to get acquainted with traditions of local people and try national dishes is to visit the newer part of the city. There are many small restaurants that serve local food there, and squares often become the scene for numerous theatre and music performances. … Open

Chapters of the guide to Galapagos

Traditions and mentality of Galapagos

It has surprisingly adapted to an untypical hot climate. Galapagos penguins are the northern representatives of their type in the world. Nowadays, a habitat of this rare penguin is Fernandina and Isabela Islands. In total, there are about 2 000 individuals. Galapagos penguins are not the only symbol of the archipelago. One of the most famous and interesting symbols here is Lonesome George. This is the last … Open

Unique natural landmarks remain the main treasure of the archipelago. At the moment, as much as 90% of the islands’ territory is occupied by the national park. It is a fabulous place to watch albatrosses and rare sea turtles. Among visitors of the islands, there are many not only curious travelers but also scientists. Currently, there are more than 60 different trails in the national park. However, tourists … Open

Galapagos for children - what to visit

The most popular Galapagos beach is located in the Tortuga Bay. Its main dwellers are turtles, sea bears and albatrosses living at the coast. They attract exactly small tourists. This is a favorite place of surfers. Kayaking and diving are very popular here too. The beach impresses with its white sand. Despite its popularity, it is not crowded (because it is really spacious), so those who like sunbathing in a … Open

5. The entrance to the territory of the National park of the Galapagos Islands is paid and costs almost 100 USD. You can pay for it only in cash in the airport. 6. Divers should observe all the safety precautions too. They can scuba dive not in all coastal areas and only after the preliminary agreement with one of the diving centers. 7. The supply voltage is 110 V, so it is better to … Open

Rich soups are very common on the Galapagos Islands. Those who want to enjoy exotic treats should pay attention to this line in the menu. The matter is that different parts of the carcass are cooked for meat dishes. For example, one of the main ingredients of the nourishing meat soup called “caldo-de-pata” is fried veal hooves. Fried guinea pig is also a very popular treat. This dish can be ordered only in the … Open

The archipelago is a large protected area, some part of which is allocated to tourist areas. The travelers’ main entertainments are walks along picturesque places. They can also drop in attractive restaurants and pubs in well-equipped resort areas. Each island of the archipelago is unique in its own way. The biggest and most beautiful of them is Isabela. Its main attraction is the Urbina Bay where rare colorful … Open

Search touristic sights on the map of Galapagos

Photogalleries of neighbours of Galapagos