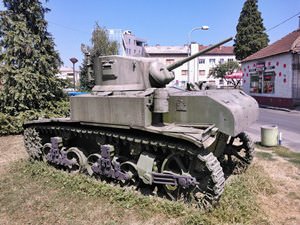 Get Bright Emotions while Kayaking

If you want to enjoy water sports, you can go for a trip on the Vrbas River in Banja Luka. It has a number of natural features. The river has a different depth, whirlpools, and rapids. Its bottom is covered with granite, pebbles or porous tuff. Therefore, you need a special swimming means of transportation on it. The low-to-the-water boat became it. It's called a kayak.
Authentic traditions, festivals and lifestyle of Banja Luka inhabitants
Ethnic diversity is one of the main national peculiarities of Banja Luka. There are many ethnic groups that practice different religions and follow different national traditions. That said, …

Open
Its body has a length of 8-9 meters, width – from 70 to 100 centimeters and depth – 30 centimeters. A stylized figure of an eagle, snake or creature from mythology is usually placed on its bow. You will have to use a pole instead of a paddle because of the features of Vrbas. Its length is 4 meters. It is made of solid wood. Its surface is treated to smoothness so that there are no splinters on the hands. However, the pole should not be slippery. A sharp steel tip is located at its end.
A sports club operates in the city. You will be taught to operate such a boat for free here. The club can arrange river trips on these boats. You will pay from 10 to 15 euros for the trip. The number of passengers in the kayak affects the price. You can also rent a boat for a period of 1 hour to 3 days, paying respectively from 5 to 60 euros. Copyright www.orangesmile.com
Excursion over cultural sights of Banja Luka - 'must visit' points of interest
In the past, Banja Luka was a large industrial center, but many architectural and historical landmarks were destroyed during military actions. In 1993, Serbian militiamen destroyed 16 …

Journey at the Stone Bridge

If you are not indifferent to such activities as mountaineering and rock climbing, then one of the natural attractions of Bosnia and Herzegovina will interest you. It's a Stone Bridge. It is not spanned over a river or a precipice. It is a rock at the top of a hill. The hole appeared in it because of the long influence of the wind. Therefore, it looks like a real bridge. 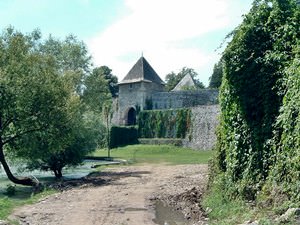 Stone Bridge is located 24 kilometers from Banja Luka. You can get only on foot there. You will have to park the car near the restaurant of Stara Ada. If you arrive by public transport, you will have to get off near the same restaurant. Your way to the rock will start from the bridge, spanned over the Vrbas. You need to walk the trail, following the symbols on the signs.
Your active city break in Banja Luka. Attractions, recreation and entertainment - best places to spend your day and night here
Tourists will never feel bored in Banja Luka. This gorgeous city is home to many talented artists, musicians, and theatre groups. There is usually some event, interesting exhibition, or a …

Open
The training ground for climbers is equipped on the Stone Bridge. You will be able to choose a route regardless of whether you are an experienced climber or a beginner. There are routes from 6 to 40 meters long. You can choose the level of difficulty that is suitable for you. However, if you do not want to do rock climbing, you can go up the cliff to admire the Vrbas River valley from its height. The view is amazing from here! Trails for tourists intersect here. So you can go to other interesting places. 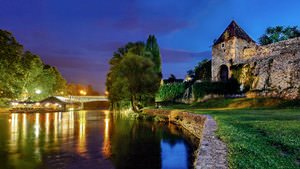 Terrific Trekking to the Strickin Cave

If you like to travel on foot, to see the attractions and take part in speleological expeditions, then you can make trekking in the village of Krupa. It is located 25 kilometers south of Banja Luka near the river of the same name. You will see the Tvrđava Greben which was built during the middle ages, the ancient Saint Elijah's Monastery, and the Church, built of logs. There are also mills that stand on the waterfalls and a fish farm there. You will also follow the tourist trail along the Krupa River to its four sources.
Advices to travellers: what you should know while being in Banja Luka
1. Tourists should not explore distant areas of the city on their own. It is also important to be very attentive in public areas in order not to become a victim of swindlers or pickpockets. …

Open
Strickin cave is a little higher. The only source of the Krupa River was there before. Its name comes from the surname Strick. This is the name of the family that owned the land on which the cave is located. There are 2 tunnels in it. Their total length is 41 meters. You will see bats here. They belong to a species of Water bat discovered in the cave in 2013. 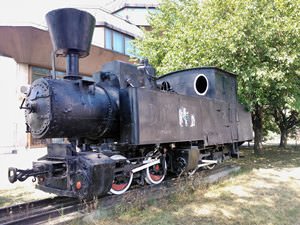 You can take a tandem paragliding flight with an experienced instructor pilot in Banja Luka. You will see the sights of the city from a great height. You will also feel the unity with nature. The half-hour flight costs 60 euros. You will choose the route on your own. The duration of air travel will depend on your preferences, as well as weather conditions.

This article about ideas on extraordinary weekend in Banja Luka is protected by the copyright law. You can re-publish this content with mandatory attribution: direct and active hyperlink to www.orangesmile.com.
Banja Luka - guide chapters 1 2 3 4 5 6 7 8 9 10 11

Survived castles around Banja Luka
♥   Castle 'Bočac Fortress' Bočac, 29.8 km from the center. On the map

Notable celebrations and festivals in Bosnia And Herzegovina

The annual Street Art Festival takes place on July 7-9 in several parts of Sarajevo. Here, street performers dance, juggle, sing, show tricks, and amuse the public in all possible ways, films on street art are shown, music plays, theatricals are staged, there are special programs for children. The festival is open to artists and visitors from all over the world. … Open 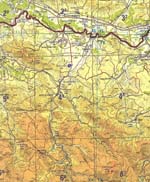 Dubrovnik
Dubrovnik is the most popular resort city in Croatia, and many travelers can only dream of a peaceful stay away from crowded places. In order to enjoy panoramic views of Dubrovnik, one doesn’t necessarily need to head to one of expensive observation decks of the city, which are, by the way, often too crowded to enjoy the view. However, there is an interesting alternative – ... Open »
Belgrade
Even the most sophisticated gourmets don’t expect to get acquainted with the culinary traditions of the nearby Greece, while being in Belgrad. However, they still have such an opportunity. You even don’t need to go to an expensive restaurant or book a table in a month - just look into Grecka Trgovina store. It can be found at Cara Dusana, 16. Products are delivered to the ... Open »
Budapest
A walk to secret places of Budapest promises to be very interesting as this ancient European city has much to offer. Gellért-hegy Mount remains one of the most visited landmarks of Budapest. Tourists come to see the ancient citadel located on the mount, as well as numerous interesting memorials and the legendary baths. However, not all travelers know about one secluded and ... Open »
Vienna
Do you like ice cream? If yes, the charming EISSALON STEINER is a must-visit place. This café offers dozens of ice cream types. The owner of the café, Franz Steiner, was called the best ice-cream maker in Austria. The second place is occupied by the owner of De Rocco café. Everyone is welcome to try the all-time favorite dessert and decide who is more skilled in making it. ... Open »
Venice
How can one of the most romantic cities in the world amaze even experienced travelers? Most probably, beautiful canals and rides in beautifully decorated gondolas are not enough. However, do not hurry to decline an opportunity to enjoy an exciting ride on Venice canals. There is a wonderful motor boat renting station on Canarreggio Street, building 331. The price of renting a ... Open »
Rome
On Sunday, don’t forget to visit the old Porta Portese market. This is an awesome place to buy excellent vintage souvenirs that will be a worthy alternative to traditional magnets and mugs. The flea market is a great place to shop old ceramics and interesting wooden artworks. Without a doubt, the market is a treasure for antiquity collectors. When shopping on Porta Portese, ... Open »

Walk through hidden local streets, sneak to a small cafe, breathe and enjoy Banja Luka from inside. Stay out from the beaten track during your city weekend, discover the soul of Banja Luka as a real travel gourment. Follow our guide, take one of the exclusive services and spend your time in Banja Luka unforgettably and with a full passion!