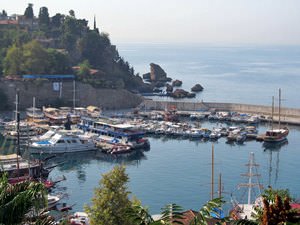 Hıdırlık Kulesi Tower remains one of the most striking monuments of the city. The construction of the tower took place in the 2nd century BC. According to one version, the tower was an important fortification facility designed to protect the port area. Some also believe that it could serve as a beacon, but a part of historians think that Hıdırlık Kulesi is nothing but a tomb of the rulers. The mystery of the ancient tower still keeps bothering the minds of historians and travelers who stroll leisurely along its walls, trying to solve this centuries-old mystery. In Antalya is located one of the most famous museums in the country, the exhibition of which is devoted to priceless archaeological finds. The museum is equipped with more than ten halls, each of which contains collections of unique artifacts.
Your active city break in Antalya. Attractions, recreation and entertainment - best places to spend your day and night here
Antalya is a perfect place for active recreation. The territory of the city is home to amazing water parks and sports complexes, each of which will surely surprise its visitors by widest …

Open
Previously the majority of the exhibits found here were kept in Yivli Minare, which is also an important object of excursions. The height of the beautiful tower estimates 38 meters. It was built in the 13th century and has perfectly preserved till our days. The beautiful minaret consists of eight half-columns, each of which makes the building look even more spectacular. The building is surrounded by a rich park, which serves as a magnificent background to this ancient monument. Guests of the city should also not forget to visit Hadrian gates, which were built in 130 AD in honor of the great emperor. White columns support three graceful arches. Magnificent plaster cornices have become a really skillful decoration of this grand construction. To please the Emperor, the builders have pictured his coat on the gates. Travellers believe that if you make a wish and pass under the three arcs, your wish will certainly come true.
Fans of natural attractions will be interested in visiting Karaalioglu Park, which is located not far away from the coastline. Here you can stroll through picturesque tangerine groves and admire the beauty of graceful fountains and sculptures. In the evening the park is a favorite place of dates of couples. This is a romantic and a beautiful place that is always full of harmony and peace. An excursion to the Duden Waterfalls will be a no less interesting and exciting activity. There are special observation platforms near the waterfalls, so visitors can easily go behind the flowing veil of sparkling water. These are not all peculiarities of this place as you may enjoy making a visit to a Cave of Wishes. According to one legend, this small cave once was a home to monks who had sought there peace and solitude amongst the natural splendor. Copyright www.orangesmile.com
Advices to travellers: what you should know while being in Antalya
1. Fans of beach rest are better to visit Antalya during the period from April to October – during this time of a year prevails a clear sunny weather. Those, who expect spending more …

Open
Every large Turkish city is associated with Ataturk – the great reformer can either have a monument erected to him, or have a museum dedicated to him, or have a building or street named after him. You can spot a monument to the cult Turkish personality in Antalya. It is located on the Republic Square. There are many fascinating mosques in the city. One of them is Tekeli Mehmet Paşa Mosque which is the major mosque of the city. This is an excellent example of construction of the 16th – 17th centuries. The mosque has a mind-blowing interior decoration, which is beautifully illuminated through the stained glass windows. Another interesting monument of sacred architecture is called Iskele Mosque. This mosque was built in the 19th century and, although it is small, the special atmosphere that reigns here always makes it a pleasure to come back. 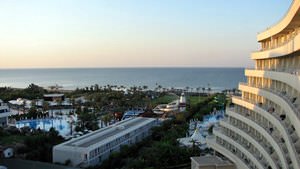 Antalya is an ancient city, and therefore you can spot many ruins here. Some of them are deserving of attention. First of all, the ancient city of Pisidia is worth a special visit as it preserves the prehistoric ruins reminiscent of ancient Rome, which are mingled with the monuments of the times of the Ottoman Empire. Among the buildings you can find the ramparts of the upper cities, administrative and public buildings, as well as residential buildings. In addition, the sight of the ancient ruins in itself gives pleasurable feeling, as if you were transmitted into history. You can enjoy the beautiful views of the sun-drenched Antalya expanses which open up from here.
Extraordinary weekend in Antalya - unusual places, services and attractions for travel gourmet
…

Open
Another ruin of the ancient city, Perge, is located in the north-east of Antalya. This is a great place to get acquainted with the local culture. The ruins here are very well preserved, such that you can even picture how the people here once lived and what they did. Above all, let us not fail to mention the amphitheater, the stadium and the main streets – these facilities are preserved best among others. All tourists when visiting a place like this are advised to stock up on water, have a hat, and also apply cream with an SPF factor, since there is very little shade here. From this point, you can also see interesting expanses. 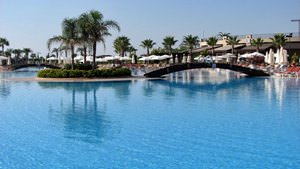 In the northwest of the city you can find another ruin, the Termessos. Here you can see the necropolis, and an amphitheater situated at the top, at an altitude of 70 meters. You should definitely climb to it in order to get incredible impressions. It is necessary to follow the same advice as when visiting the previous ruins – to take with you water, a hat and sunscreen. Another significant place is the Antalya ancient fortress, which can be found in the Old City near the Saat Kulesi Clock Tower. This monumental building immediately catches the eye, and you will certainly not be able to bypass it.

In the section below, you can get one of our excursion, activities or city discovery tours over Antalya and surroundings. Our website offers 10-30% lower ticket prices, when compared to the offline purchase on the spot.

City tours, excursions and tickets in Antalya and surroundings

This guide to cultural sights Antalya is protected by the copyright law. You can re-publish this content with mandatory attribution: direct and active hyperlink to www.orangesmile.com.
Antalya - guide chapters 1 2 3 4 5 6 7 8 9 10 11 12 13 14

What to visit during two-day excursion in Antalya

Photogallery of cultural heritage of Antalya

Excursions over cultural sights of neighbours of Antalya

Belek
rich historical and architectural attractions of the town of Aspendos, which is a few hours' drive from Belek. A small town of Aspendos is also a popular destination of excursions. Here are located the ruins of Zeno palace, the construction of which took place in the 2nd century BC. An ancient town of Myra in Lycia is a true treasure full of beautiful historical attractions. ... Open »
Kemer
A large part of popular excursion routes starts at the central square of Kemer. The square is the location of an old clock tower and a monument dedicated to Ataturk, the first president of the country. Recently, the square has been decorated with beautiful fountains. This is a great place for unhurried walks. The beautiful park of Olbia is located near the coastline. Its ... Open »
Side
During an excursion you may visit the temple of Apollo, which was built back in the prehistoric era. For more than two thousand years, its slender marble columns has being streaming up; on a scenic coast its construction looks great. One of the most interesting buildings in Side is a Roman aqueduct constructed in the 2nd century BC It is notable that the building is located ... Open »
Manavgat
Manavgat is located in an interesting archaeological area, the first cities in its place were founded thousands of years ago. Now there are several archaeological areas in the vicinity of the city where research is conducted, tourists can visit them as part of excursions. There are also preserved amazing ancient monuments directly on the territory of the city, the most famous ... Open »
Kaş
Walking along the picturesque coastal area, you can find another unique ancient attraction, the Dorian tomb of Cesme Mezar. This is a stone construction of accurate rectangular shape has been seriously affected for the years of its existence but the major components of the construction have managed to survive. Some supportive walls have also survived near the tomb. According ... Open »
Fethiye
At the top of a steep hill there is incomparable Fethiye Castle, which is associated with many interesting legends. According to one of them, the powerful castle was built by Order of St. John. Locals believe that the impressive fortification is guarded by supreme forces; they treat mysterious symbols carved on the walls as a proof. After admiring the old castle visitors can ... Open »

Culture guide to Antalya. Which fascinating sights to visit once you are in Antalya: temples, churches, museums, theaters and castles. Recommendations (with addresses, phone numbers and links) on the places 'must visit' in Antalya. Plan your own city excursion by using this page info!