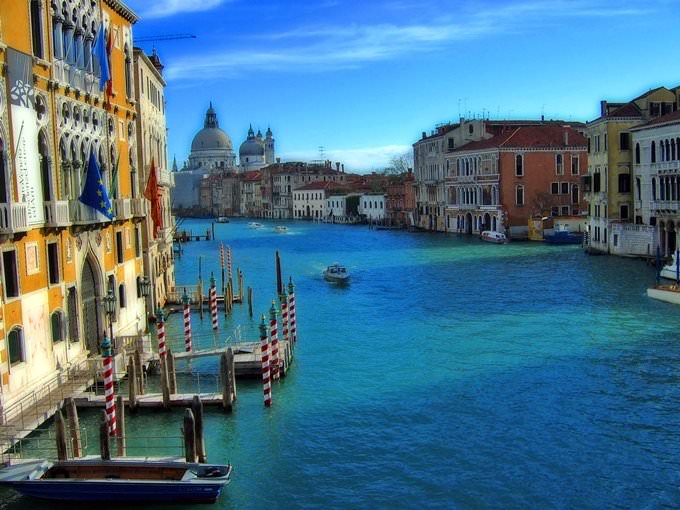 Venice is famous for its magnificent national holidays. Every year Carnival of Venice alone attracts thousands of enthusiastic visitors from all over the world. The carnival was held in 1296 for the first time and lasted six weeks. The holiday was so lush and extravaganza that rumors about it spread quickly over all the nearby states. In the beginning of the 14th century the question of class struggle was among the most important ones not only in Venice, but also in other European cities. A unique holiday, during which people hid their faces behind colorful masks made it possible to forget about the class struggle. During the celebration all people had fun on equal terms, and usual social rules disappeared along with everyday traditions.
Unusual weekend in Venice: accommodation in extraordinary hotels
One of the most creative and attractive hotels in Venice, Bauer Palladio Hotel & Spa, is open on Giudecca Island. This magnificent spa hotel has quite an unusual location – it is open in …

Open
During its century long history the carnival has changed a lot, and so today the holiday is mostly organized for tourists. Within several days the streets and squares of the city become the location of performances of acrobats, theater artists, and musicians. However, the main symbol of the holiday– a colorful mask - remains unchanged. As a rule, masks are the most popular souvenirs bought by tourists.
The most romantic city on the water, Venice, does not need any additional advertisements to attract tourists. This is one of the most exciting, mysterious, and unusual cities in the world. Location, history, architecture, the fusion of the city and water, traditions - all these are more than enough to become a popular and beloved destination by millions of tourist. In Venice, you will see a mixture of old times and traditions with new trends, avant-garde trends in music, dance and other forms of art. Venice has not accidentally become one of the centers of the so-called "event" tourism. The events held here significantly increase the flow of tourists and at the same time are a major contribution to world culture. Copyright www.orangesmile.com
Venice design-hotels for stylish travellers
It’s not so simple to stand from hundreds of hotels in Venice, but Liassidi Palace has managed to do that because of its unique design. It’s a true paragon of the classy Venetian …

Open
The most famous and anticipated event is the Venice Carnival. Millions of tourists come here to witness this grand spectacle and even participate in it. In the 18th century, the carnival started in October and lasted for six months. People put on masks and dissolved in their own vices. Participants enjoyed variously costumed processions, concerts, and magnificent ball -masquerades. Every rich man tried to organize the chicest celebration to show his greatness to everyone. Nowadays, the Venice Carnival takes place annually, at the end of February. During ten days, the city is filled with people wearing expensive masks and exquisite costumes. Everywhere is fun, music, street parties, concerts, fireworks, rivers of wine. 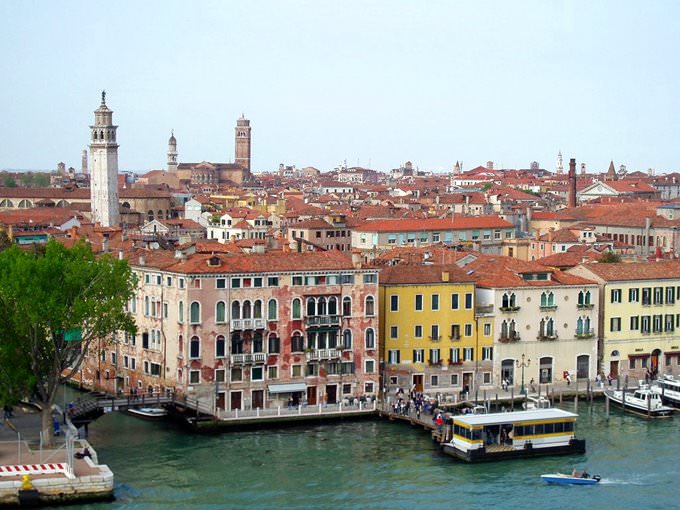 If you are coming to Venice in May, make sure to visit a beautiful regatta Vogalonga. Do you want to participate? No problem, but only if you are over 16 years. Hundreds of boats gather near the Doge's Palace, where the regatta starts. Competitors must sail 30 kilometers along the canals of Venice and finish on the starting point. The winner of regatta receives the medal and commemorative souvenirs. On May 11, the religious festival of the Ascension takes place. Do your best to witness a very beautiful ceremony "Wedding with the Sea" held along the canals. In July, you can become a participant of an interesting night holiday - Redentore. Costumed processions and numerous regattas which are lighted at midnight by a delightful firework display.
Top places to stay in Venice - most luxurious hotels
Venice is internationally famous for its luxurious hotels, some of which are targeted at the most high-income travelers. In order to stay at Centurion Palace, visitors need to pay no less …

Open
Watching numerous colorful fireworks in Venice may seem a beautiful dream. But on November 21, this dream comes true within the framework of the Venice Salute Festival. This event symbolizes cleaning the city from the ferocious plague epidemic. Between the Grand Canal and the Church of Santa Maria della Salute, you will find an improvised bridge of boats, along which pilgrims can go to church for a prayer. In Venice, one of the world's greatest international art exhibition takes place - the Venice Biennale. The main venue is the park "Gardens Biennale", where you will see the pavilions from the leading countries. During the Biennale, visitors will enjoy various cultural events: festivals of cinema and art, theater, and music performances.

Cathedrals and basilicas near Venice
♥   Basilica di S. Maria Gloriosa dei Frari, Venezia, 0.2 km from the center. On the map

♥   Basilica di S. Giorgio Maggiore, Venezia, 1.6 km from the center. On the map

Survived castles around Venice
♥   Castle 'Castello di Mestre' Mestre, 0.9 km from the center. On the map

♥   Castle 'Residenza Il Castello' Fivizzano, 1.1 km from the center. On the map

Unique landmarks in Venice and around Distance from Venice center - 0.3 km.
The city has a special system of the spillway that has to prevent the water level. The system was built in 2014 and cost 6,7 billion dollars for the city budget. Unfortunately, with this system, the city continues to go closer to the water. From 1727 till nowadays it is lower for 60 meters than originally. For last years the speed of subsidence got higher. Specialists say that in 2028 it will be impossible to live in Venice. … Read further Distance from Venice center - 0.7 km.
Just like many years ago, the shops are open, 24 souvenir shops with exclusive goods on the bridge. Rialto Bridge is located in the district of the same name, to whose honor it was named. It must be noted that the bridge was built in the narrowest part of the Great Channel. In 1551 a competition for the best bridge design was declared, in which the most famous and mostly gifted architects of Europe participated. The unsuccessful architect Antonio de Ponte won the competition. The design of the bridge, presented by him, recalled the old wooden bridge, which was used for crossing the canal earlier. … Read further

Colors of Venice in photos

Traditions and festivals in cities around Venice

Mestre
Here it is not customary to celebrate the New Year at home. Usually, people gather on the main streets and squares to join holiday programs and enjoy pyrotechnic shows. A festive dinner is arranged quite early, no later than 9:00 pm. According to another curious historical tradition, the lady of the house should put 13 different dishes on the New Year's table. Such a ritual ... Open »
Veneto
Ordinary people were resting and having fun; colorful masks gave them an opportunity to feel equal with privileged persons. This holiday reached its heyday in the 18th century, when locals began to arrange large-scale celebrations. Today, the main part of celebrations and entertainment events is held on the picturesque Piazza San Marco. Many years after the fall of the ... Open »
Porec
Travelers who are going to visit Porec in august can visit Festival of street art. Exciting performances of fire-tampers, youth dance and musical groups, funny contests and exhibitions of modern art – beautiful summer festival will help to multiply resting program and make a closer acquaintance with culture of local habitants. Popular festival Gold copel is devoted to ... Open »
Verona
It’s worth noting that Verona attracts a large number of couples not only during the festival. This is a popular place to conduct solemn wedding ceremonies and honeymoon vacations, celebrating wedding anniversaries and other memorable dates. The unique atmosphere of romance and mystery is always found in Verona. This is a beautiful and charming city with interesting and ... Open »
Istria
At the same time a large-scale musical event, Jazz Night Festival, is held. It is always attended by performers of world class. Fans of historical festivals would find interesting to visit Porec in September, when the Giostra takes place. During the festival, visitors can get acquainted with the history and culture of the region, as well as learn a lot about the lifestyle of ... Open »

Cityguide on traditions, mentality and lifestyle of people in Venice. Learn the best periods to visit Venice to discover its soul - authentic festivals, events and celebrations. We will also reveal the interesting habits, attitude towards the world and to tourists in Venice.