What are the most important landmarks to see first and foremost in Vancouver? Without a doubt, the original architecture of the city deserves the highest attention. Vancouver Art Gallery, Canada Place, Lions Gate Bridge, Christ Church Cathedral, Bloedel Floral Conservatory and many others – are the architectural landmarks that attract millions of tourists every year. Let’s visit Vancouver right now by making a virtual tour using our fantastic 3D flight simulator! Just start the video on this page and make a flight over the main sites of Vancouver, which are presented in a three-dimensional format. Besides that, our review includes interesting facts and colorful photos of every monument. 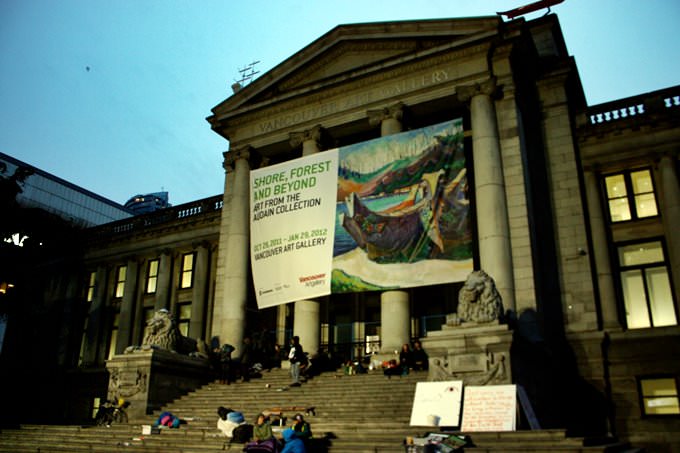 Facts:
» The Art Gallery is located in the huge building with the four-tier dome. It was opened in 1931. About 4 000 m2 was allocated for exhibitions. It is planned to extend the building to expand the exhibition area.
» Almost 10 000 different exhibits are kept in the store-room and at the stands: picturesque canvasses, coins, sculptures, busts, pictures, videos, and everything having an artistic value in the world of aesthetics.
» The museum is proud of 157 paintings of the Canadian artist. Emily Carr is famous for her sketches of Indians’ life and local landscapes of the Canadian coast.
» The museum organizes not only permanent, but also temporary exhibitions. The Vancouver Art Gallery is also notable for its library. There are 45 000 specialized books! International exhibitions are organized several times a year.
» The building occupies the entire block that is an architectural masterpiece itself. You can enter it from two sides. Marble staircases lead to exhibition halls. The facade is faced with marble that was specially brought from America. Round columns uphold the masonry at the entrance. You can also use the services of the personal guide. 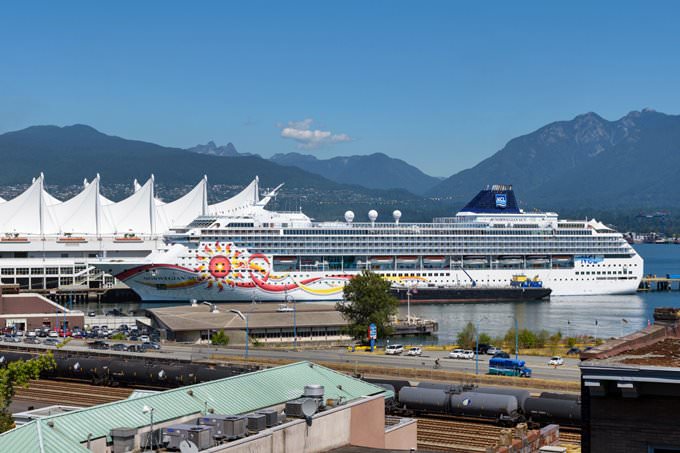 Facts:
» Canada Place is a huge 23-storey entertainment center for tourists. It is characterized by the roof that resembles the sailcloth fluttering over the liner.
» The futuristic building is located on the embankment. Cruise ships moor here. There is also the airport with seaplanes.
» The top floor is occupied by the convention center, business offices, entertainment halls, showrooms, the Pan Pacific Hotel with 504 rooms, and trade fairs.
» There is a through underground hallway. It is occupied by an art gallery. Canada Place was opened in 1986. It has a panoramic view of the mountains and the sea.
» The central part of the construction is covered with 5 canopies. They are made of glass fiber. Glass threads make the fabric more durable and enhance its protective properties. It serves as an extraordinary dome. When it gets dark, the canopy is illuminated with bright lights seen from afar.
» On each of the floors, you can walk along observation platforms. They resemble decks.
» The territory of the complex lets celebrate Canada Day, the national holiday of state independence. The New Year and other holidays are also celebrated here. 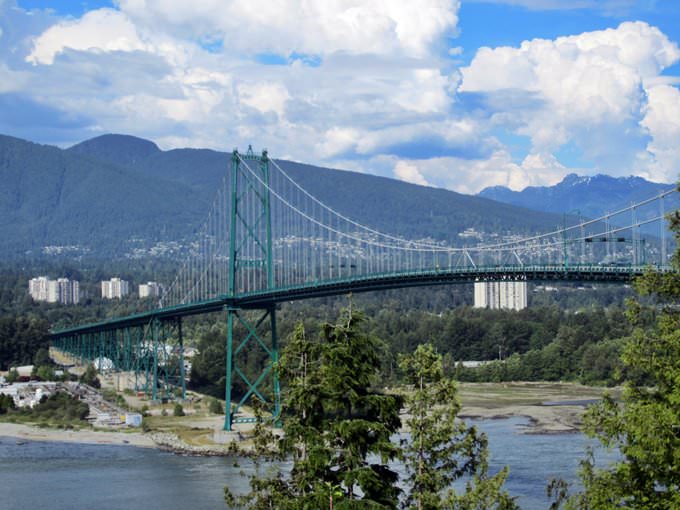 Facts:
» The Lions Gate Bridge is intended for transport. Vehicles move across the 1823-meter bridge. Lions Gate passes over the bay and links the city with the northern municipality.
» The pillars are 111 meters high. The longest one is 473 m. It was lifted by 61 meters to let seagoing ships float under the bridge.
» Two tops of the nearby Lions Gate ridges gave the name to the bridge.
» Three lines ensure smooth traffic. The central zone is the roadway changing to the reverse one.
» The daily traffic capability is up to 70 000 vehicles.
» The project of the construction was presented in 1937. The Royal family of Elizabeth and King George VI was invited to the festive opening ceremony.
» The construction was financed by the Guinness Company. It contributed $466270211.
» Traffic lights along the bridge organize the traffic depending on the intensity on each line. LED lights let reduce energy consumption by 90%.
» The width of the pedestrian zone is about 3 meters and of the transport area is 4 meters. There are also cycle paths. 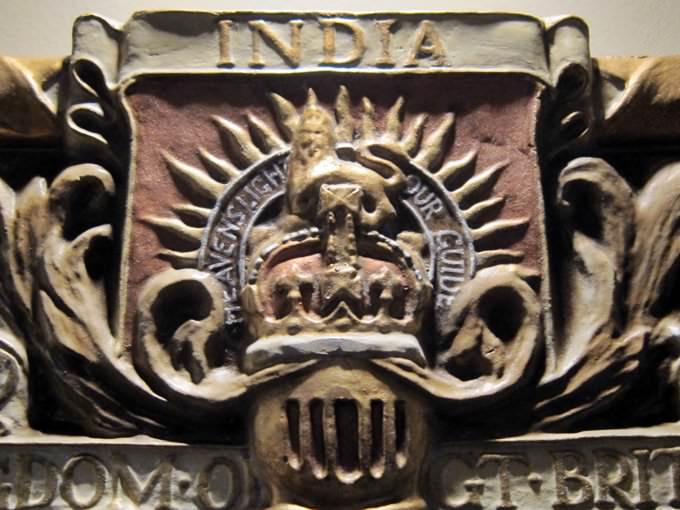 Facts:
» There is an old stone building surrounded by skyscrapers. It was built in 1894 and blessed in a year. Over the years of its existence, the building has been reconstructed several times. Christ Church Cathedral is characterized by a Gothic architectural style. A lot of stained glass windows decorate the building. Christ Church has gained a cathedral status for its merits. It belongs to the Anglican diocese. The first worships were held outside the cathedral because he had not been completed yet. Funds were raised for the construction of the temple. Initially, not so many parishioners came here (about 50 people). There were no funds for completing the building, so the temple was on the verge of being closed. Architect Robert Fripp offered the project of the church completion. The ceiling and the floor were decorated with cedar panels. At the beginning of the 20th century, the organ was replaced by a new one. Candles changed to electric lights. The construction of the bell tower had been delayed due to the refusal of the city authorities. The Royal Family traveled to Vancouver and visited Christ Church. The facade is decorated with a heraldic symbol, the Celtic cross. 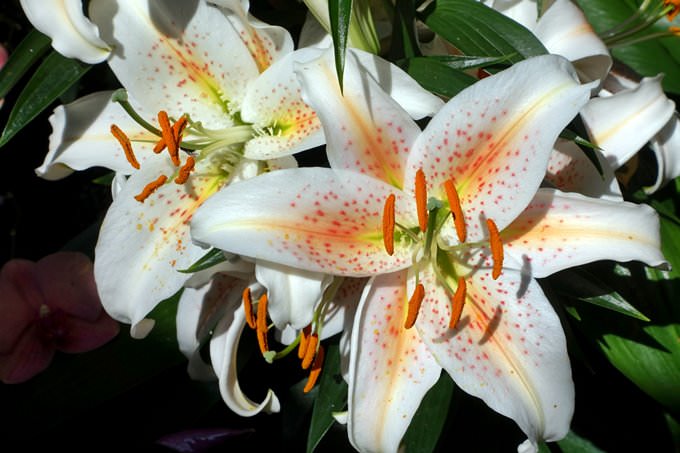 Facts:
» The plant paradise is located in Queen Elizabeth Park.
» The Bloedel Floral Conservatory is a building with a huge fifteen-metre-high dome inhabited by tropical birds flying around freely.
» 200 species of exotic birds are present here. A favourable biosystem with the necessary climate and temperature conditions is created for them, therefore the green oasis works in winter as well.
» Wealthy Englishmen, the renowned Bloedel family members, contributed to the foundation of the Floral Conservatory which was opened in 1969.
» 1,500 triangular transparent plastic panels were used to make the dome. They are illuminated when it’s dark.
» Due to its mysterious atmosphere, the conservatory was a set of several science fiction films.
» About $240,000 was spent to arrange the garden.
» Visitors are allowed to feed birds. There are hundreds of them, and they are literally everywhere – on trees, jumping on paths, flying above visitors. You can take a set of photographs picturing these flying comets to have a better look at them.
» The conservatory is divided into three climate zones: tropical rainforest, subtropical rainforest, and desert. There are benches to relax on. Facts: » The Museum of Vancouver has a department dedicated to space – the H.R. MacMillan Space Centre. It was named for an industrialist and philanthropist from British Columbia.
» Scientific, educational, and entertainment events are organized here.
» A computer simulator gives you an opportunity to control a spaceship, land on Mars, and save an alien colony.
» The Cosmic Courtyard lets you try your hand at video games and visit fascinating exhibitions immersing you in the world of space.
» The exhibits present here include lunar soil, some parts of rockets, meteorite fragments. You can touch a space suit and even try it on.
» The observatory is a perfect place to have a look at Canada’s starry sky through a telescope.
» The GroundStation Canada Theatre stages spectacular space-related performances that are definitely worth seeing. The auditorium can accommodate up to 90 people at a time.
»  Unusual bright performances are held on Friday and Saturday. Visitors can see a myriad of shapes created by beams of different colours. The laser show is very popular.
» The H.R. MacMillan Space Centre is an astronomy museum and planetarium tracing its history back to 1968.

Facts: » Initially, in 1885, masses were held for several families. There was no permanent refuge. Holy Rosary Cathedral was built on donations from parishioners.
» Its name is not coincidental, as the first liturgy was held exactly on that day.
» “Rosary” means “entanglement of roses”. Holy Rosary is the symbol of the celestial wreath representing the combination of oral and mental prayers. Sacred beads are also used here.
» Originally, the church was built of wood. Then, the bell tower was constructed. The stone building started to be built in several years. It was completed in a year and a half. The old organ was placed inside.
» Worships are held in three languages, English, French, and Spanish.
» The vault of the cathedral is upheld by red marble pillars. The walls are decorated with carved gilded angels. They hold books and torches in their hands. Each of them has an inimitable face.
» There are two bell towers in the cathedral. Its facade is tiled with dark stones.
» Stained glass windows differ in their shape and size. They are made of small mosaics shining in the sun.
» The temple was blessed at the beginning of the 20th century. Holy Rosary has gained a cathedral status.

CONTINUE - PART II »»
This guide to architectural sightseeing in Vancouver is protected by the copyright law. You can re-publish this content with mandatory attribution: direct and active hyperlink to www.orangesmile.com.
Vancouver - guide chapters 1 2 3 4 5 6 7 8 9 10 11 12 13 14 15

Build your walking routes in Vancouver on the landmark map

Architectural landmarks in the regions around Vancouver