In this article, dedicated to the architecture of Vancouver, we will 'fly' over such iconic historical monuments as Science World, VanDusen Botanical Garden, BC Place, and Vancouver Maritime Museum. In addition to the virtual flight video, we offer the most important and interesting facts about every landmark, including high-quality photographs. You can also use this article to make your own excursion tour in Vancouver. Simply use the icon

to locate the object of interest on the map of Vancouver. 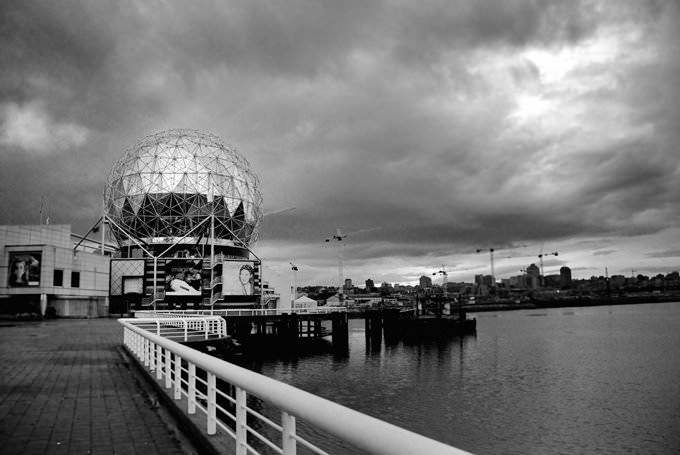 Facts:
» The technologically advanced building is the museum called Science World. It is the whole “town” divided into six pavilions. Each gallery is decorated in its particular style.
» In “Eureka”, you can play and experiment with exhibits. These items can make you comprehend the physical laws of light, sound, and water.
» In “Illusion”, you can learn about the sense of pictures and how the brain changes the vision of them, although straight lines are static at all. You can also learn about the visual perception of optical moments.
» The pavilion “Our World” will tell you about the origin of everything and how animals and the human race evolved.
» The gallery “Body Works” will help you make sense of physical and spiritual laws influencing the human body. You can even conduct an experiment with the body.
» You can comprehend the law of attraction and reveal the secret of soap bubbles by watching the “General Laws” show. Themed lectures with experiments are held for people. Here, workers let even touch some exhibits or animals. You can also visit the cinema.
» The building of the museum resembles a shuttlecock made of glass and metal. The entire construction is situated on the stone base. 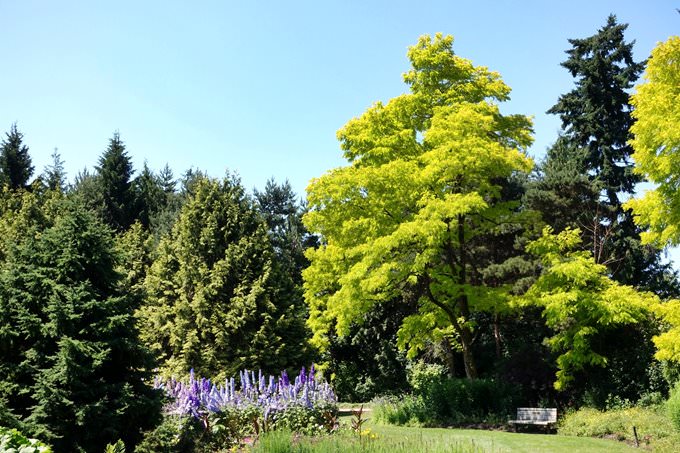 Facts:
» The lumberman and benefactor Whitford Julian VanDusen allocated 1 million dollars for the establishment of the forest park.
» On the vast territory of the total area of 22 hectares, flora and fauna from all corners of the worlds and climate zones are not only studied, but also demonstrated for educational purposes.
» The garden is open for tourists all year round except Christmas. About 100 000 people annually visit it.
» Over 7 000 flora species of various biosystems are displayed.
» The garden is divided into several landscape sectors: China, a stone garden, a sector with perennial plants, a rosary, and an alley with evergreen heathy bushes.
» This landscape is also complemented with ponds and stone sculptures. Columns in the form of flowers or animals remind of the past of North America.
» Fans of extreme can find their way through the maze of verdure that is higher than the man’s growth.
» The walls of the maze are made of 3 000 cypresses and cedars. They were planted at the beginning of the 80s.
» The Garden was founded in 1972. It was built at the former golf course.
» In December, colorful glowing lights hang from the trees and constructions. The Festival of Lights is celebrated at this time. 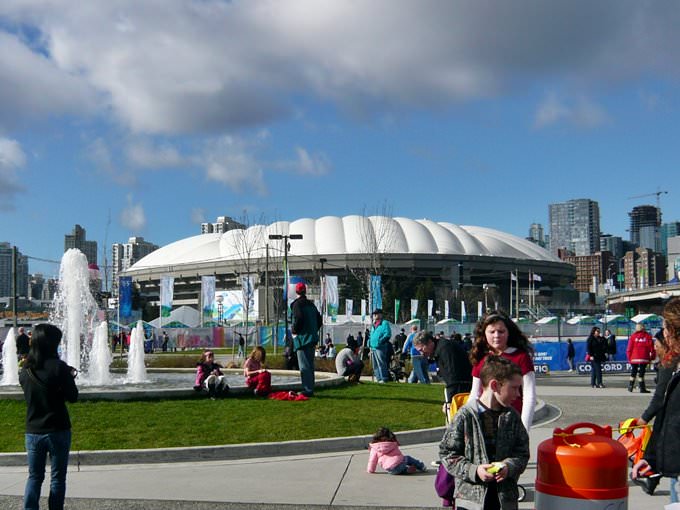 Facts:
» BC Place is the main stadium in the city. It attracts with its equipment and architectural style.
» Internationals and Paralympic Games are held in the territory of the complex. The stadium was opened in 1983.
» The multi-purpose covered sports ground resembles a grotesque building. It is designed in the techno-tech style. The exterior is characterized by broken lines and transparent walls.
» The big white dome is seen from afar. Its silhouette resembles a balloon and serves not only as a protective roof, but also as an inflatable construction. It “hinges” on the air. If necessary, the disassembly won’t take much time because the roof is mobile.
» The BC Place Stadium accommodates 55 000 spectators. The sports arena was last restored in 2011.
» This place is famous not only for championships, but also for stars’ performances. For example, Michael Jackson, Madonna, and different pop bands gave their concerts here.
» The sports arena is equipped with audio and lighting units that let hold spectacular events. Not only players, but also spectators feel comfortable here.
» BC is the abbreviation of “British Columbia”. 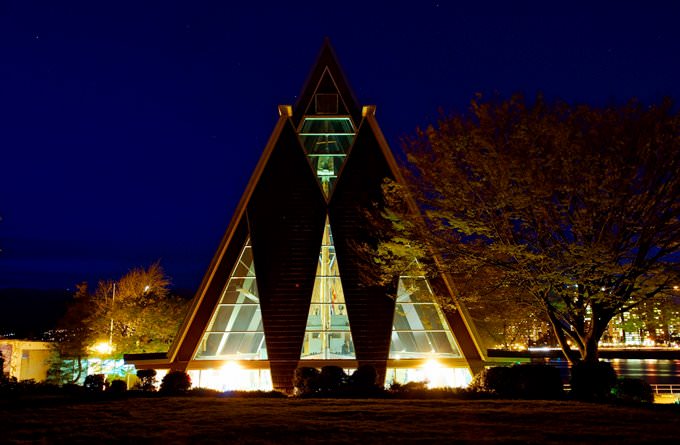 Facts:
» The Maritime Museum was built on the embankment in 1959. Its fund contains 15 000 items. They represent the maritime history of the country.
» Here, you can see replicas of ships, navigation devices, historic pilot maps, and sailors’ outfits of different epochs.
» There is also the small children’s museum, the Discovery Centre. There are a lot of mobile stands, playgrounds for small visitors, and the model of the pirate schooner where you can steer the wheel.
» In the Vancouver Maritime Museum, there are a library, an archive, and a workshop. Masters build ships here.
» Workers are really proud of the St. Roch schooner. This ship got round North America. The NASA submarine is also very interesting. Here, you can see the maps painted by sailor and travelers James Cook.
» The old Vancouver Maritime Museum houses 35 000 artifacts. There are also paintings of mariners and hundred thousands of photos.
» In addition to exhibitions, you can attend master classes. You can learn here how to make pirate tattoos or sew hats for sea robbers. 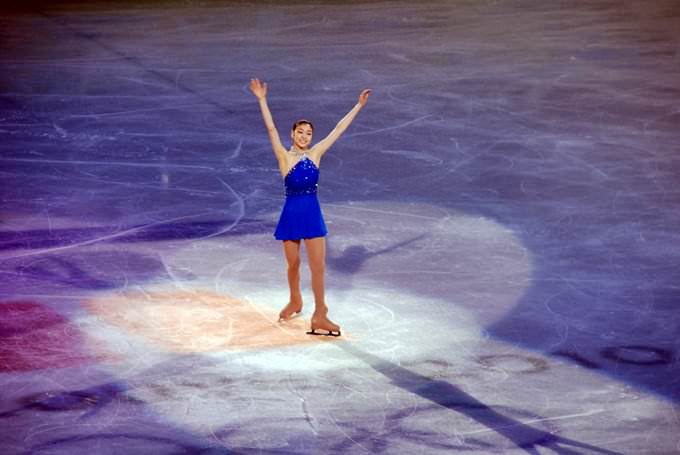 Facts:
» A circular building with distinctive elongated concrete panels is easy to recognize from a distance.
» Pacific means ‘peaceful’, and coliseum is a large arena. This describes the Pacific Coliseum perfectly. It’s a sports arena for game competitions.
» A Vancouver hockey team used to train in the sports complex. Later, the place hosted figure skating contests during the Olympic Games. The arena was also used by short-distance ice skaters.
» Over 15,000 people can simultaneously watch a sports competition or spend an evening at a music stadium.
» The dome is 26 metres high.
» The Pacific Coliseum is located in one of the most beautiful parks in the city. Various ice shows and fairs take place there. The stadium hosts boxers, basketball and hockey players.
» A major renovation was finished in 2007 – among other things, all seats were changed. It cost $20.4 million.
» The sporting arena was built in 1968 as a ground for the Pacific National Exhibition. Facts: » Harbour Center is a research, sports, and industrial center.
» The opening ceremony (1977) was visited by Neil Armstrong, the astronaut and the first man on the Moon. His cemented print has been preserved.
» The tower is 177 m high. Its observation platform is situated at a height of 130 meters. It turns around its axis.
» You can admire panoramic landscapes without moving! On a cloudless day, you can see Mount Baker located in the other country, America. There is also a restaurant.
» You can go upwards by glass lift for 40 seconds. It is attached to the exterior facade of the building. Such a design solution lets observe the surroundings every second when taking the lift up.
» Harbour Center is located in the business district of the city. 28 floors are occupied by offices and business premises of big Canadian and US companies.
» You can go on an excursion in the territory of the center. During it, you will learn about the stages of the skyscraper construction and drop in the offices of computer companies that create video games.
» During the winter holiday, you can see a shining Christmas tree on the spire.

This guide to architecture monuments in Vancouver is protected by the copyright law. You can re-publish this content with mandatory attribution: direct and active hyperlink to www.orangesmile.com.
Vancouver - guide chapters 1 2 3 4 5 6 7 8 9 10 11 12 13 14 15

Plan your own tour over Vancouver on the monuments map

Search for architecture monuments of Vancouver on the map

Tours through neighbours of Vancouver