Preparing your trip to Tuscany: advices & hints - things to do and to obey 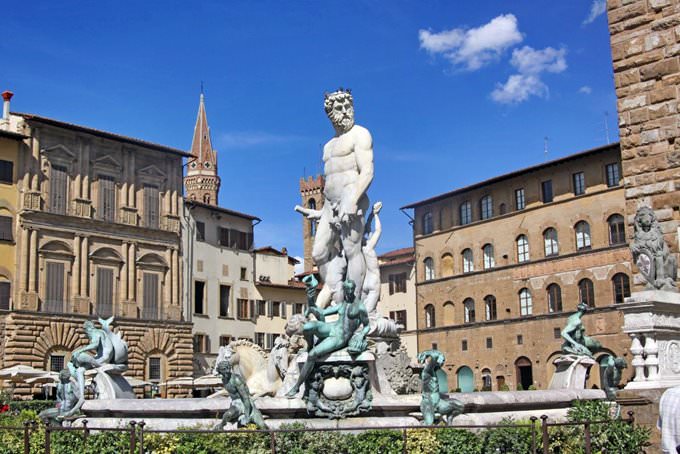 1. The most favorable time to visit Tuscany is late spring and early autumn. At this time, it’s not so hot, so nothing would spoil numerous excursions. Beach lovers will like to rest in summer, when the weather is warm and sunny.
2. The central railway station of Florence, called SMN, may mislead inexperienced travelers who visit the city for the first time. The fact is that the building of the station was built a long time ago, and many of its signage has long lost value. You shouldn’t rely on signs to find information service or baggage room; it’s better to seek help from someone from the staff.
3. Virtually all major cities of the region have excellent tourist information centers; often they are located at the train station or the central square. Guide yourself by a bright green pointer with ‘i’ letter.
4. Travelers are strongly recommended to exchange currency before the trip; in this case the terms would be more favorable. Despite the fact that the number of banks and exchange offices in Tuscany is very large, a very large fee is charged for currency exchange.
5. Travelers who have limited time and want to see main attractions should definitely use service of City Sightseeing. It offers very interesting sightseeing tours by bus, which may cover the territory of one or more cities. Prices for tours are very reasonable. Copyright www.orangesmile.com
6. The main form of public transport in Tuscany is bus. Travelers should be aware that not bus stops are marked with special signs. Their location, as well as bus schedules has to be specified in advance.
7. Those planning to travel around Tuscany by car should prepare for obstacles. Even large cities consist of narrow winding streets, many of which provide one-way traffic.
Top hotels in Tuscany for business trip or short vacation
Tuscany is one of the most attractive regions of Italy from a tourist point of view, as there are about 7,000 accommodation places on its territory. Historic hotels are widespread in the …

Open
8. Fans of excursions are recommended to explore small towns on foot, as such trips will be comfortable and will give a lot of impressions. There are excellent sidewalks for hikers. Note that historical and architectural landmarks are located in the most unexpected places.

Preparing your trip to Tuscany: advices & hints - things to do and to obey You can re-publish this content with mandatory attribution: direct and active hyperlink to www.orangesmile.com.
Tuscany - guide chapters 1 2 3 4 5 6 7 8

What to visit being in Tuscany - unique sights Distance from Tuscany center - 31.9 km.
The main decoration of the church is a wonderful cupola. It was made under the project of famous architecture – Filippo Brunelleschi. The outdoor decoration is also a unique one. There were used panels of rare green and pink marble. This Orthodox cathedral is the largest in the world. Originally it was built to ensure that it could place the city population at large. … Read further Distance from Tuscany center - 31.7 km.
Legend says that Santa Croce was founded by the main Catholic saint Franciscus Assisiensis. The church was decorated by the best Italian artists and sculptors. Many of their masterpieces we can see within thousands of years. Today the main decoration of the Basilica is the delicate stained-glass windows, the main altar that is decorated with the 14th century Agnolo Gaddi frescoes. … Read further Distance from Tuscany center - 31.4 km.
Visitors can adore the masterpieces of Leonardo DaVinci, Michelangelo, Rafael and Giotto. Some of the works belong to the 12th century. The whole area of the museum halls is 13 000 square meters. The museum was opened at the end of the 16th century. The building was made especially for the gallery. In 1580 the building works were finished. In order to realize the whole project, the workers ruined several nearby streets and early medieval buildings. … Read further

Tips for the cities around Tuscany

Florence
2. For many travelers language barrier is a serious problem. There are not many people who speak English among the inhabitants of Florence. Each hotel has guides to help vacationers get in touch with local residents. 3. Don’t forget to pick up clothes carefully before visiting religious sites. Other way you can be not allowed to enter churches and cathedrals. Women ... Open »
Siena
2. It is comfortable to explore city on foot, as all important sights are located close to each other. Siena is located in a hilly area, so hikers should be sure to take comfortable shoes with them. 3. Tourists having enough of time should definitely make a trip to one of the nearby cities. Rome and Florence can be easily reached by train or bus, the last departs from the ... Open »
Lucca
2. The main city transport means is a bus. However the tourists are recommended to explore the small town on foot. Major landmarks and monuments of Lucca are set in close vicinity to each other; that is why a walk will turn rich in emotions. 3. Only those tourists are permitted to drive in the Lucca city who stop in the hotels of the city. Setting off for a tour one should ... Open »
Pisa
2. Pisa is excellently networked with neighboring cities of Florence, Lucca and Livorno. Tourists will easily manage to get even to Rome. A cost of a trip is rather affordable. It varies from 2 to 5 Euro depending on the length of a trip. Another way to reach neighboring cities is by bus. 3. The hottest months of the year are considered to be July and August as in this period ... Open »
Livorno
2. Livorno is a large port city, so besides plane and train, you can also get here by ship. There is no airport near the city, the nearest ones are located in the vicinity of Florence and Pisa. 3. Active tourists should consider renting a private car. On the outskirts of the city, there are many interesting sights, which are not always easy to reach by public transport. ... Open »

Travelling to Tuscany - advices and tips. What should be provisioned in advance, the rules you might want to follow, and the things you better avoid doing in Tuscany. We help you to make your trip smooth and easy, with no unexpected surprises.