The best example of the Renaissance architecture is the Cathedral; it is considered a religious landmark of global scale. Construction of the Cathedral was completed in 1498. Its walls house the priceless relic, the Shroud of Turin. Hundreds of believers from all over the world are eager to see it. The beautiful chapel has been built specifically to hold the shroud, but it was completely destroyed in a fire. Surprisingly, the fragile relic that was in walls of chapel hasn’t suffered under the onslaught of the elements at all.
Authentic traditions, festivals and lifestyle of Turin inhabitants
Turin has a lot of interesting features. Many travelers associate this city with a delicious chocolate, while others recall the mighty bull that is the symbol of Turin. The name of the city …

Open
Fans of architectural landmarks will be interested to see the Palazzo Reale. The construction of this spectacular building took two hundred years. Guests of the city have a unique opportunity to walk through corridors and halls of the royal residence, to admire the beautiful antique furniture and paintings, as well as to see one of the richest collections of royal arms in Europe.
The best architectural monuments in Baroque style is Palazzo Cavour. Once the palace belonged to the famous politician Camillo Benso Cavour; the palace owes his name even these days. Today, the palace is converted into a luxury hotel. Copyright www.orangesmile.com
Your active city break in Turin. Attractions, recreation and entertainment - best places to spend your day and night here
Turin offers its guests a unique opportunity to combine a fascinating tour with their favorite entertainment options. The city is popular among fans of eco-tourism, because its territory has …

Open
The mass of impressions will give a tour to Galleria Sabauda opened in 1832. There is a large collection of paintings that once belonged to Savoy rulers within its walls. The age of some works of art is more than five centuries; there are works of well-known French and Dutch painters here. No less interesting is the collection of the Civic Museum of Ancient Art located in fascinating Palazzo Madama. There are relics belonging to a variety of historical periods in the collection, as well as pottery, ceramics, jewelry, glass and prints. An important symbol of the city is the Mole Antonelliana tower of the 19th century. More than a hundred years ago in there was a synagogue in 160-meter tower. Recently, the historic building was converted into Museo Nazionale del Cinema. At the top of the tower there is an excellent viewing platform showing the city and its surroundings to guests of the museum.

In the section below, you can get one of our excursion, activities or city discovery tours over Turin and surroundings. Our website offers 10-30% lower ticket prices, when compared to the offline purchase on the spot.

Plan your own excursion through Turin: churches, museums and castles 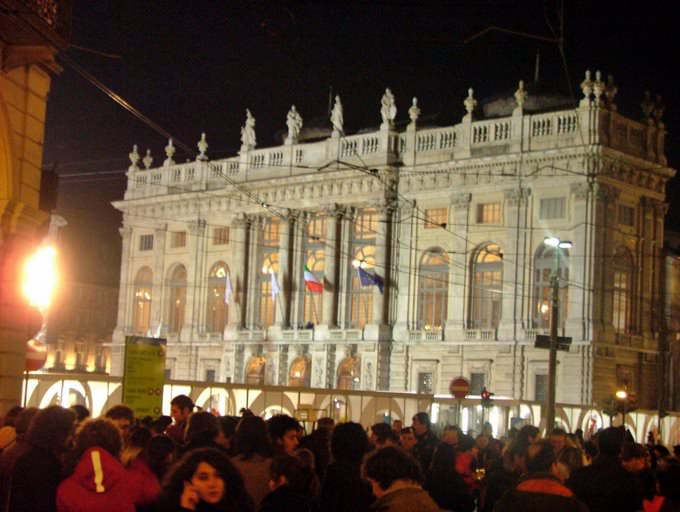 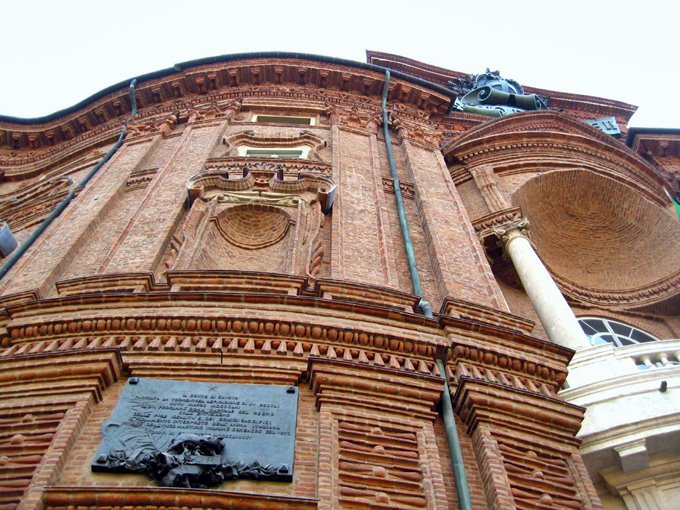 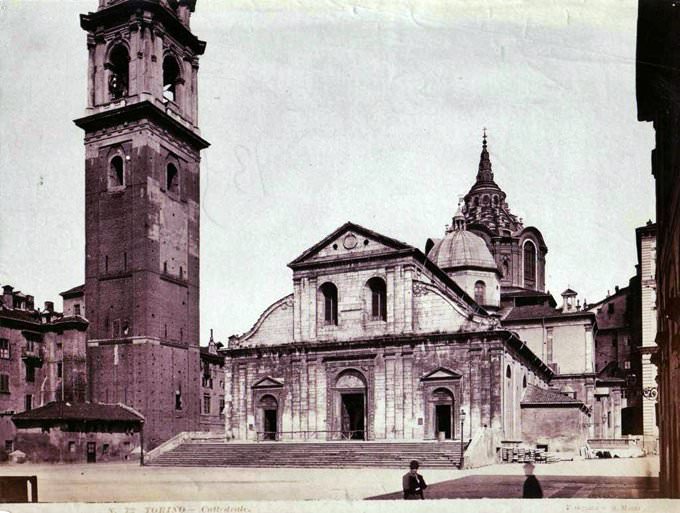 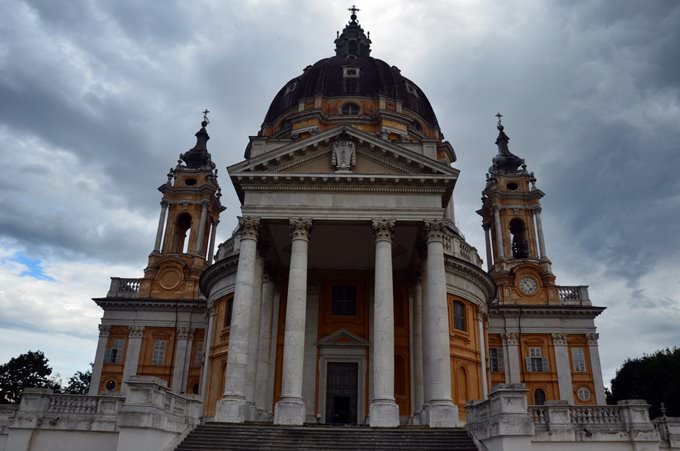 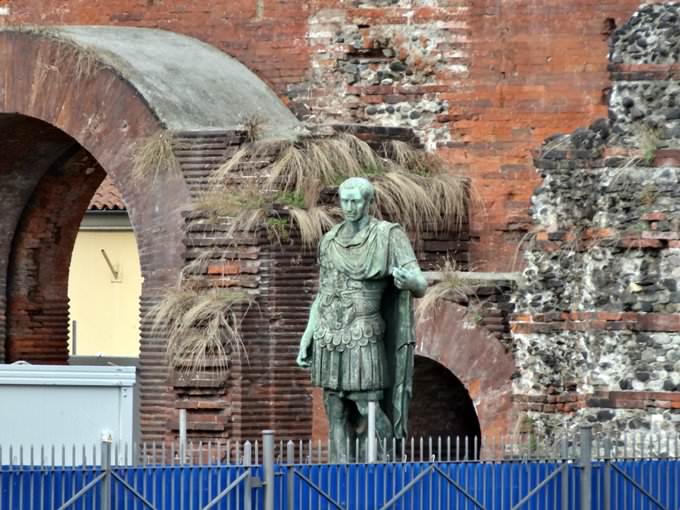 This guide to cultural sights Turin is protected by the copyright law. You can re-publish this content with mandatory attribution: direct and active hyperlink to www.orangesmile.com.
Turin - guide chapters 1 2 3 4 5 6 7 8

What to visit during two-day excursion in Turin

Public palaces near Turin
♥   Palace 'Palazzo Carignano' Torino, 0.1 km from the center. On the map

♥   Palace 'Castello del Valentino' Torino, 1.8 km from the center. On the map

Cathedrals and basilicas near Turin
♥   Santuario-Basilica di Beata Vergine della Consolata, Torino, 0.9 km from the center. On the map Photogallery of cultural heritage of Turin

Excursions over cultural sights of neighbours of Turin

Piedmont
Biella has a world-class tourist attraction; we are talking about the unique complex of Sacro Monte di Oropa. Built in the early 17th century, it includes 12 chapels. Famous religious monuments, including the Cathedral of St. Eusebius are situated in Vercelli. The first religious building on its place was built in the 4th century. Today, the part of the old cathedral houses a ... Open »
Valle d'Aosta
Gran Paradiso Park features many important landmarks; travelers have a great opportunity to combine trips to historical places with outdoor strolling. The must-see landmark is Pondel village located within the park; its main symbol is an aqueduct bridge. It has been built by the Romans nearly 2.5 thousand years ago. Another interesting old bridge is in the village of ... Open »
Aosta
The city funeral yard is also an interesting landmark. Tourists will see several ancient buildings, the ruins of an ancient mausoleum and temple. The ancient Roman villa built in the 1st century B.C.E. is also an important landmark of the area. It’s a large architectural complex that includes not only a gorgeous mansion but also many agricultural facilities. The ruins of ... Open »
Briancon
Various streets start near the castle. During a walk there it is also possible to see many interesting architectural landmarks and historical monuments. There is also a fragment of an ancient protective wall in this part of Briancon, as well as an old gate that once was an entrance to the medieval town. Nowadays, everyone is welcome to climb up to the top of the wall and ... Open »
Courchevel
The atmosphere of the past has been preserved in the 18th-century estate as much as possible. Its collection of antiquities is available for free viewing. Beautiful old furniture, musical instruments, and works of art, as well as other household items, have been gathered here. One of the main cultural centers in the region is the Chamonix Alpine Museum. This museum ... Open »
Meribel
Meribel lives a rich cultural life: throughout the year, many interesting exhibitions dedicated to various areas of contemporary art are held here. The resort is often visited by modern artists and fine-art photographers, and in winter, it hosts an exciting ice sculpture contest. Despite the fact that there are no historical buildings in the resort, it is famous for the ... Open »

Culture guide to Turin. Which fascinating sights to visit once you are in Turin: temples, churches, museums, theaters and castles. Recommendations (with addresses, phone numbers and links) on the places 'must visit' in Turin. Plan your own city excursion by using this page info!