Fun and festivities in Sweden - celebrations, festivals and cultural events 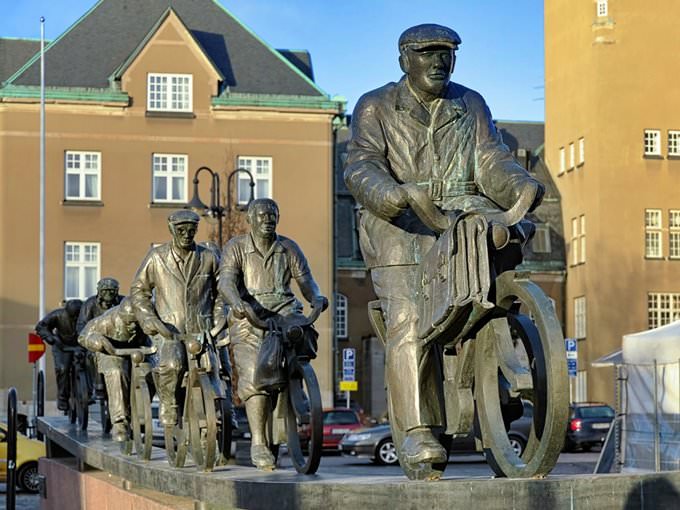 In the culture of Sweden, despite the adoption of Christianity, traces of paganism are seen, and therefore the Swedes celebrate both religious and folk festivals with the same scope. One of the main church holidays is the Lutheran Easter. On the holiday, local people compulsorily paint eggs. Many festive services take place in the churches. On Thursday before Easter, young children are usually dressed like sorceresses. They walk the streets, give out greeting cards and receive candies and sweet stuffs in return. It was believed that they go to the coven with the devil, but such a belief has remained far in the past. Adults especially for this day make eggs from papier-mâché and present these Easter souvenirs to children.
Sweden economy - strengths, wealth and problems
Due to the fact that Sweden remained politically neutral and have ever engaged in serious wars, it managed to achieve a fairly high standard of …
Read further
To the celebration of Christmas and the New Year, Swedes are also particularly suited. It is customary to celebrate the New Year at home, with the family. They watch TV, where enthusiastic verses are read - spiritual verses. At midnight, the house is literally poured with bells ringing from local churches, after which you can congratulate each other and neighbors on the holiday, wish all the best and exchange gifts. On Christmas, heads of families themselves dress up like Santa Claus and congratulate their family members on the holiday, and children are given a bag full of gifts. The main Christmas drink is mulled wine or glogg (a local variety of Grog).
On December 13, Saint Lucia Day is celebrated, a holiday that you will not meet in any other country. The day is dedicated to the Italian martyr Lucia, who died in the 4th century, but it has little in common with the life story of this saint. It was believed that this day is the shortest in the year. On St. Lucia Day, children get up before their parents and go to the kitchen to cook breakfasts for them from cookies and chocolate. Before they congratulate their parents on the holiday, they are surely dressed up in festive costumes: girls wear white dresses, and boys wear costumes of astrologers. On this day it is also customary to visit school teachers and congratulate them, pay tribute to all adults. In the churches, festive psalms are sung and children perform festive songs and hymns. Copyright www.orangesmile.com
Unique sights of Sweden from our series 'Extreme places on Earth'
These spots really worth the attention of a real traveler-researcher. …
Read further
On the longest day of summer - the day of the summer solstice, another holiday is celebrated, connected with pagan rituals. Midsummer is widely celebrated by all locals and is particularly popular with young people. Summer in Sweden is quite short, and therefore Swedes are able to enjoy every warm day. On the longest summer day in the countryside, they kindle high bonfires, which help them drive away the evil spirits. In cities, bonfires are not made, but Swedes also gather together at one common table and sing folk songs. On this day, it is customary to guess. On the eve of this holiday, girls tear buds of seven different flowers and put them under their pillows, and they should dream of their betrothed. In the center of the holiday is the "May tree", decorated with branches, flowers and ribbons. 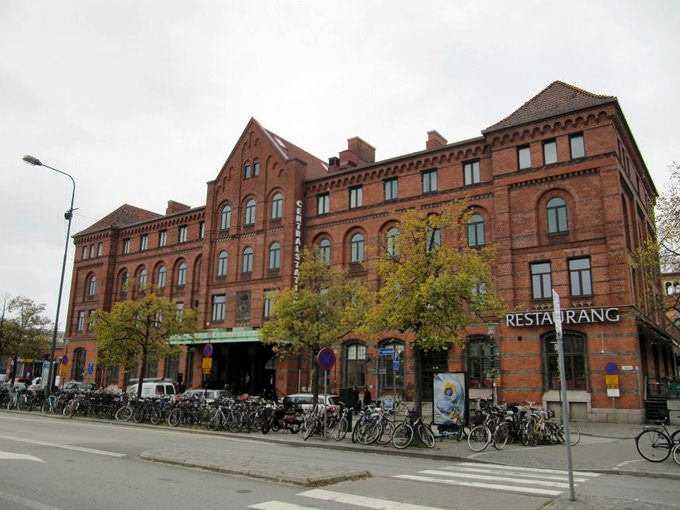 Among other unusual holidays in Sweden, it is worth highlighting the Day of the Holy Knout, celebrated on January 13. In the south of Sweden, they make a straw effigy, dress them up in rags and put them in the neighbor's house. When a neighbor opens the door, a scarecrow falls into his arms, which causes a lot of laughter and fun. On this day it is customary to throw out Christmas spruce, the process is accompanied by folk festivals. Also in Sweden are widely celebrated holidays of the royal family, in particular, the birthday of the king, which is traditionally celebrated on April 30. On December 10, the Nobel Day is celebrated. The holiday is one of the key holidays in the cultural life of the country. On this day, the most prestigious peace prize is awarded in various fields. The event takes place in the town of Stadshuset.
Top architectural sights of Sweden
Monuments and architectural objects, notable for the history and culture of the country. …
Read further
In Sweden, every year there is a huge number of festivals, including music festivals. The most popular of them is attended by more than 100 thousand people. In Pitea, the festival of Dances and Smiles is hosted annually. For 3 days the city turns into a huge site for music, dancing and enjoying life. Celebrities perform on the concert stage, the organizers arrange spectacular shows, and entrance is absolutely free. In the city of Amal in July, there is a more peaceful festival “Blues”, perfect for visiting with the family. Fans of heavy music should definitely visit the crazy Swedish rock music festival held in the city of Olofstrom. Approximately, the bunker is located under the historical district of Stockholm, at a depth of about 98 meters. Today the most valuable military information of the state is stored here. In the underground storage, an autonomous power generation system was equipped, and one of the main features of the bunker is considered to be an incredible design. To make employees’ stay ... Read all One of the most famous twisted skyscrapers of the planet is in the Swedish city of Malmo. The construction of the Turning Torso was completed in August 2005, its height is 190 meters. The structure of the high-rise building includes nine segments, each of which has a certain angle of rotation. The lower and upper segments are located at an angle of 90 degrees to each other. The author of the project of the unusual building is a famous architect from Spain Santiago Calatrava. The tower, created according to his design, has 54 floors.

At present, the beautiful skyscraper is the tallest building in Scandinavia and is one of the highest residential buildings in Europe. On the lower floors of the building have been opened offices, and the upper floors have become the location of 147 luxury ... Read all
All unique sightseeing Sweden

Attractions and entertainment in top cities of Sweden

Goteborg
Avenyn Street is another very interesting shopping destination. There are over 200 retail stores there. It is worth noting that you will also find several attractive restaurants there, so checking of sparkling shopping windows can be perfectly combined with tasting local delicacies. Of course, there are excellent open … Read more

Malmo
Water attractions fans are advised to visit the Aq-va-kul water park. The park is optimized for the kids of all ages. The territory of the water park features a variety of water slides and swimming pools as well as large decks with lounge chairs and umbrellas protecting the guests from sun and heat. Those seeking for … Read more

Norrkoping
One of the best places to walk in the city is Karl Johans Park, which does not cease to amaze tourists with its exquisite landscape design. Many years ago, a large bed of cacti and agaves arranged here became a popular city attraction immediately. The main city park is historic - founded at the beginning of the 20th … Read more

Kalmar
If an idea of walking among long stalls and looking at interesting items sounds appealing, don’t forget to visit Marche Couvert. This is a popular market that attracts farmers from all nearby regions. They offer locally produced goods at the market, such as dairy products and vegetables. However, visitors will also … Read more

Vasteras
If you happen to visit the city in winter, enjoy some action and fun on the Vasteras City ice skating rink. The artificial skating rink opens every winter in the heart of the city, on Aseatorget. As a rule, the rink starts working at the end of November and operates till mid-March. Visitors do not need to have their … Read more

Map of fun in Sweden