Family holidays with children in Sweden - attractions and entertainment 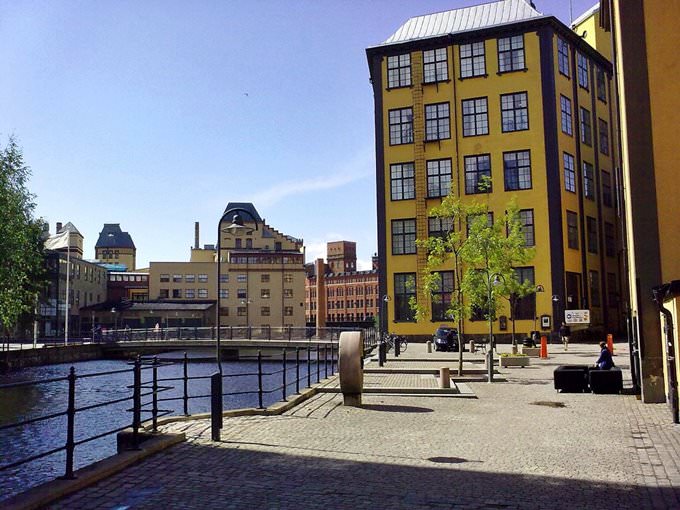 In Sweden, there is a great infrastructure for a comfortable and exciting holiday with children. The country has an incredibly high level of security. The locals are quite calm and very fond of children. Sweden is the birthplace of the famous children's writer Astrid Lindgren, the creator of the story of Carlson. Children will be able to visit several thematic museums, as well as technical and scientific museums and zoos. In Sweden is located the largest amusement park in Europe, the largest aqua parks, where children can immerse themselves in the wonderful world of water adventures and ride on water slides corresponding to their age.
The soul of Sweden - religions and languages
The official language in the Kingdom of Sweden is Swedish. Linguistically, it falls into the Eastern subgroup of Scandinavian languages. It is worth …
Read further
The largest park in Europe, along with the Parisian "Disneyland", and one of the best in the world is the theme amusement park "Liseberg". It is located in the city of Gothenburg and covers an area of 25 thousand square meters. The park's scenery allows you to immerse yourself in a real Swedish fairy tale both children and adults. In total, there are 35 attractions in “Liseberg”, most of them are extreme. Some of the most famous are the roller coasters "Baldur", "Cannon", "The Tower of Liseberg." During the descent on the hills, a record speed is achieved, and numerous dead loops and rotations around its axis make the trip unforgettable. For the youngest visitors there are also several children's attractions.
There are also about 10 restaurants in the park, where you can try national Swedish cuisine. In winter, "Liseberg" turns into a skating rink. On the eve of Christmas in its territory, the Christmas market operates. On the island of Djurgården is one of the oldest parks in Europe - the “Grona Lund”. It also has a huge variety of slides, most of them incredibly extreme; the height of the fall from some exceeds 80 meters. Tourists will also be able to visit the house with ghosts, chain attractions, and a room of laughter. The dance floor of the park regularly hosts performances by local and foreign music groups and performers, as well as colorful performances for children. Copyright www.orangesmile.com
Sweden economy - strengths, wealth and problems
Due to the fact that Sweden remained politically neutral and have ever engaged in serious wars, it managed to achieve a fairly high standard of …
Read further
Not far from Astrid Lindgren's home town is a theme park dedicated to fabulous characters created by the writer. The park is open in summer. On its territory children can become real heroes of a fairy tale and plunge into the magical and amazing world of Swedish writers. In the park, Carlson, Pippi Longstocking, characters of lesser-known stories await children. The park area is quite large, which further contributes to immersion in the fairy tale. Every day on the squares, there are thematic fairy-tale performances and meetings with favorite characters. In Stockholm there is the Lindgren apartment-museum, in which the writer lived more than 60 years. In the apartment you can visit the bedroom, study; where tales were born, and a living room; where Lindgren received friends and distinguished guests.

In Sweden is the northernmost aqua park in Europe - "Nord Pullen", located beyond the Arctic Circle. Visiting this place will give you amazing emotions thanks to the contrast of the cold climate and northern nature outside and the tropical jungle inside. In the aqua park, there are all conditions for entertainment and full-fledged sports. Swimmers can go to practice in a 25-meter pool and fans of water slides can visit fascinating water rides. There are several swimming pools in the aqua park, one of which is under the open sky. Hot water does not allow it to freeze to bathing even at subzero temperature. Bathing in an environment of snowdrifts is unequivocally remembered for all life.
Unique sights of Sweden from our series 'Extreme places on Earth'
These spots really worth the attention of a real traveler-researcher. …
Read further
Sweden's largest zoo is Kolmården, located near Stockholm. The zoo is the largest in the whole of Scandinavia. Except to get acquainted with a huge number of animals, including representatives of the African prairies and northern regions, small visitors await for a huge number of performances with their participation. A dolphinarium also operates on the territory of the zoo. It is worthwhile to visit with the children "Universeum", located in Gothenburg. In this children entertainment and training center are organized expositions on the protection of forests and the environment, ocean zones, and water elements. In an exciting form, children can get acquainted with the laws of nature, the inhabitants of the underwater world, and make their own cosmic discoveries.

Zoos and gardens in Sweden
♥   Zoo 'Borås djurpark' Borås. On the map

♥   Zoo 'Furuviksparken' Gävle. On the map

Aquariums in Sweden
♥   Aquarium 'Kolmarden Tropicarium' . On the map

♥   Aquarium 'Skansen Aquarium' . On the map

♥   Aquarium 'Stockholm Aquarium' . On the map

Top cities of Sweden for children

Stockholm
Simply no family vacation in Stockholm is possible without a visit to Tivoli Gröna Lund Amusement Park. In this park, travelers will find numerous roller coasters and rides, merry-go-rounds and playgrounds for small children, and extreme catapults and towers that would impress not only teenagers but also adults. There are classic chute the chutes and comfortable relaxation areas, so the park is suitable for spending a whole day there. If you have always dreamt of seeing exotic underwater … Read more

Goteborg
On a rainy day, you can go to the entertainment center AirHop Trampolinpark; it is worth a visit with adolescents. In this center, the main entertainment is trampolines, where one can jump and play various sports games, and also do aerobics under the guidance of trainers. In addition to trampolines, in the center there are also dry pools and other interesting sports grounds. In Gothenburg, there is a beautiful zoo called Children’s Zoo. It is quite unlike many other zoos in the world. … Read more

Malmo
Those who like walking should be sure to stroll along the coast of Ribersborgsstranden. This long sandy beach is popular among tourists and locals alike. There are several interesting monuments and modern architectural sights along the coast, and a number of fast-food cafés on the beach. One of the favorite entertainments for tourists with children is the feeding of gulls which are always very many on the coast. One of the most beautiful parks in the city is Rönneholmsparken. It is an … Read more

Vasteras
In the city, there is a very interesting zoo Kungsbyn Djurpark, which is equally interesting to visit both for children and adults. The zoo is quite small, and is stylized as an old farm. Among its typical inhabitants are cows, pigs, chickens and cute ducks. There are wild animals among the inhabitants of the zoo, including moose. One of the most interesting sources of entertainment is considered to be the pavilion with colorful parrots. In this original zoo, young visitors will have the … Read more

Kristianstad
Tivolibadet is one of the first places to be visited when arriving in Kristianstad. This is a complex with a beautiful pool, a gym, a sauna, and a jacuzzi. Both kids and adults can have a lot of fun enjoying this kind of pastime. The pool is located in a wonderful place - around there are many attractions, restaurants, cafes where you can have a good meal, as well as the observation deck Kanalhuset Besöksplats i Vattenriket. Also, nearby are such centers as Biljardkompaniet and Bowling … Read more

Map of Sweden cities for family trip with kids