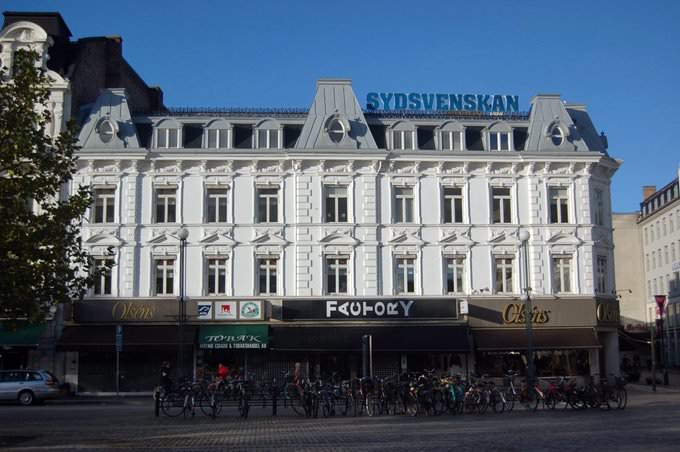 Due to the fact that Sweden remained politically neutral and have ever engaged in serious wars, it managed to achieve a fairly high standard of living. This was due to the capitalist system of the economy. At the moment, the country pays special attention to the development and social security of her local population. Sweden is characterized by a modern developed transport infrastructure, excellent communications, and highly skilled labor. At the same time, the young part of its population gets education not only abroad, but also within the Kingdom.
Unique sights of Sweden from our series 'Extreme places on Earth'
These spots really worth the attention of a real traveler-researcher. …
Read further
About one third of all the energy needs of the Kingdom come from importation, including oil and gas. The main sources of domestic energy are hydropower resources, timber, and nuclear energy. It is worth noting that Sweden continues to increase the rate of withdrawal from imported energy through the development of nuclear and hydropower. This is why, to date, nuclear power constitutes about 50% of the country’s energy consumption. Despite the fact that throughout the European Union there is a negative attitude towards nuclear energy and a great fear of ecological damage caused by nuclear energy production, the Swedes do not agree with this opinion and continue to develop new reactors.
It is worth noting that Sweden has an extremely high level of energy consumption; for each citizen, an average of about 17,000 kilowatts per year. At the same time, the country pays much attention to ecology and its protection. Currently, Sweden has one of the lowest atmospheric pollution indicators, largely due to the fact that about 90% of electricity sources do not emit harmful substances in the form of carbon dioxide. The industry sector of Sweden contributes at least 32% to GDP. About 25% of the total number of the able-bodied population works in this sector. The main industry sector is non-ferrous and ferrous metallurgy. Mechanical engineering, including shipbuilding and radio electronics, also received good development. The country has a well-developed woodworking, pulp and paper sector. At the same time, it is focused solely on exports. Copyright www.orangesmile.com
Top architectural sights of Sweden
Monuments and architectural objects, notable for the history and culture of the country. …
Read further
Also worthy of attention are the textile, food, chemical industry. The mineral industry is mainly concentrated in the area of ​​copper and iron mines. For the last several decades, Sweden has been one of the largest ore suppliers around the world. Wood is one of the most valuable raw materials in Sweden, as forests occupy more than 45% of the country’s territory. The most developed sector of Swedish engineering is the locomotive industry. The most famous manufacturers are Volvo and Saab. Most products are exported, and in this case the lion’s share of exported products falls on the market of the United States of America. Agriculture in Sweden is well developed, but very little attention is paid to it. Only 3% of the population is involved in this field of activity. 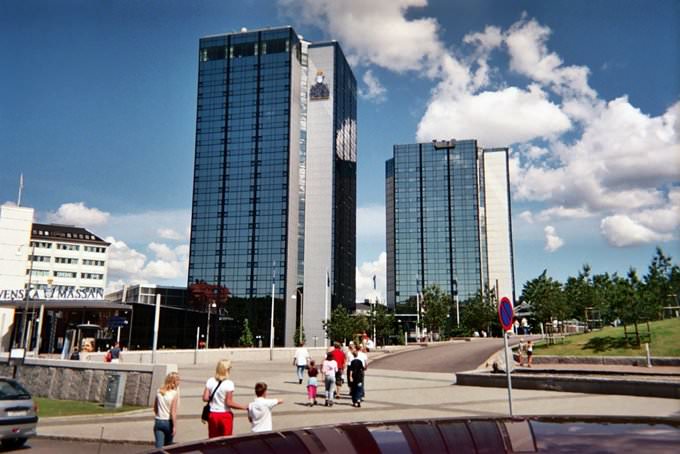 Despite this, Sweden independently provides all the food needs of 85% of the population. The main focus is on the production of meat and dairy products. The largest pig-breeders which produce not only meat, but also bacon, are situated in Skåne. Crop production includes the cultivation of barley, wheat, sugar beet, potatoes, among other products. However, the vast majority of cultivated arable land is intended for the cultivation of various forage crops in order to ensure the uninterrupted operation of the livestock sector. Sweden, thanks to its location in the heart of the Baltic region, is one of the most strategically important sites for transporting goods between Russia and the Baltic countries, and the entire European market. At the same time, there are no currency controls in the country, export profit is not limited, and there are no license fees.
Sweden sightseeing - top places to visit
This is a popular tourist destination that is widely known as one of the most frequently visited places in Europe. In Sweden it’s possible to find …
Read further
Foreign trade is mostly represented by products of machine building and metalworking, cellulose and woodworking products, metallurgical products, fuel, chemical products. It should be noted that the main trade partners with regards to exportation are the United Kingdom, Norway, France, Finland, the United States of America, and Germany. The main importers are the same countries. More than 60% of all trade relations occur within the countries of the Eurozone. To date, Sweden is considered one of the most economically developed countries in the world. Unemployment rates reach 8%. The growth of GDP according to the data for the previous year is 3.6%. GDP per capita is 52,113 dollars. On the banks of the beautiful Vättern lake in Sweden is the castle Vadstena, whose construction was completed in 1545. The castle was erected in fortifications by order of King Gustav Wasa. In the middle of the 16th century, the government of Stockholm expected the Danes to attack, which led to the construction of the new fortresses. One of the most important events in the history of the castle happened in 1552, when the king and Katharina married Stenbock.

The palace served as a royal residence until 1716 and was later converted to the grain storehouse. For the first time the castle was already renovated in the 20th century. Today the guests of the castle can see many of its original elements that have been preserved. In the course of a long history, the castle has never been ... Read all
All unique sightseeing Sweden

Stockholm
The historic Pub department store is open on Hötorget Square. More than a hundred years ago, Vladimir Lenin bought himself a coat there. During the long and respectable history, many famous people visited the legendary store. Nowadays, one will find many designer boutiques and cosmetic salons at Pub. There are also … Read more

Goteborg
The historic Haga district is famous for its numerous souvenir and antique shops. In the oldest area, you'll find all kinds of Dala horses, which are the most popular national souvenirs, choose original Viking figurines and unusual toys that children are so fond of. In the historic district, there are several … Read more

Malmo
Mitt Mollan shopping centre is also one of the most popular and interesting in the city, it is loved by young people and gourmets. The first are attracted here with a wide choice of trade pavilions with fashionable modern clothes, and gourmets will be pleased with a variety of charming restaurants and cafes that … Read more

Vasteras
In the vicinity of Vasteras, is located large Erikslund complex, where one can spend the whole day. There are many clothing stores of well-known European brands, electronic goods stores and one of the largest IKEA stores in the country. This shopping center is very popular with women, it has many attractive women's … Read more

Kristianstad
Kristianstad has a pretty original H&M store whose product range can surprise even big fans of this global brand. This women's clothing store occupies a very small pavilion, while the variety of branded goods presented is simply mindblowing. For 100-150 SEK, ladies will be able to choose a wonderful summer dress, and … Read more