The landmarks of Stockholm are not limited to the presented 8 architectural sights. A curious traveler will find thousands of exciting places here. However, below we present the most impressive and striking architectural sights of Stockholm, which should be noted at first - Nordic Museum, Nobel Museum, Royal Swedish Opera, National Museum, Museum of Natural History and many others. In this unusual virtual tour, you will see the photos and read the facts on each monument. But, most importantly, you will be able to fly over each landmark, and to see the whole architectural ensemble of Stockholm in 3D format from the sky. 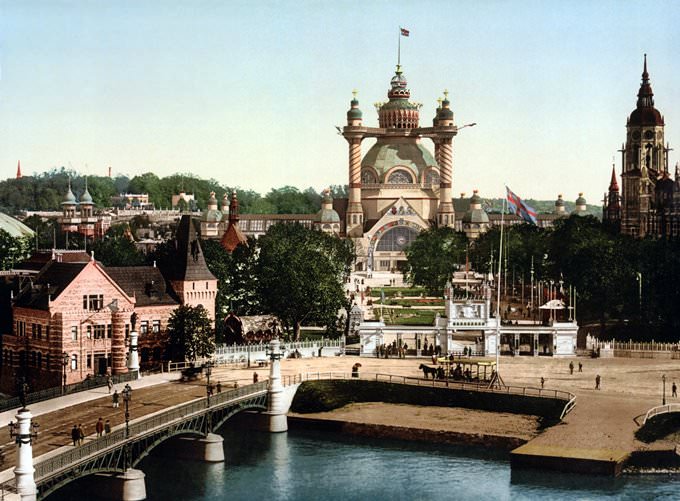 Facts:
» The Nordic Museum is located on the island of Djurgården. It keeps within its walls the history and culture of the Swedish from 1520 to the present day.
»  During his life, collector Artur Hazelius (1833 - 1901) collected, bought pieces of furniture, clothes, toys from all over Sweden and other northern countries.
»  The permanent museum building was erected in 1907. This magnificent building had features of the best Danish palaces. The main hall has a huge statue of Gustav Vasa, the king of Sweden that restored the country’s independence.
»  The collection includes 1.5 million exhibits and a large series of photographs – about 6 million shots.
»  Visitors to the museum are invited to participate in role playing, for example, working on a farm or cooking food without electricity and water supply. To immerse fully in the role play, visitors can change into historical costumes.
»  The museum has its own farm and shop where visitors can buy modern and classic products, fabrics, books, jewellery, and, of course, traditional woolen gloves. 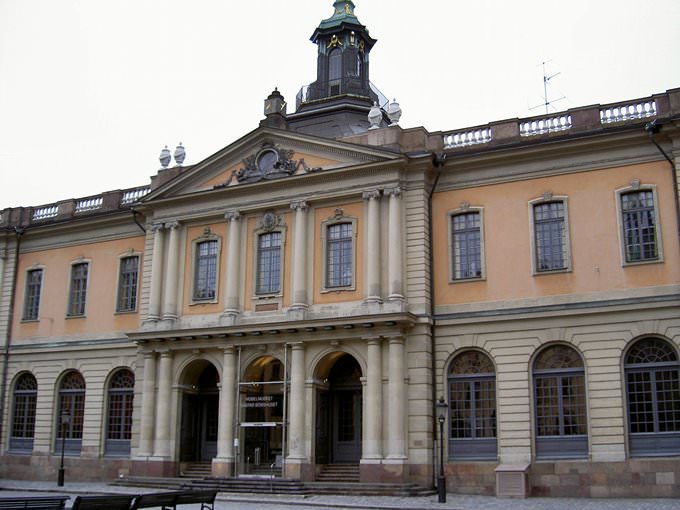 Facts:
» The Nobel Prize Museum was opened in 2001 in the former stock exchange building. It was opened to mark the 100th anniversary of the Nobel Prize establishment by Alfred Nobel (1833-1896).
»  The prize has been awarded since 1901 in the fields of physics, chemistry, medicine, literature, peace. 800 people have become prize winners since.
»  The museum is decorated in an unusual and non-standard way. There’s a kind of cableway under the ceiling running through all the halls, bearing portraits of the laureates.
»  The museum shows films, organizes conferences and exhibitions dedicated to famous laureates.
»  The museum has a cafe where you can relax and eat, and if you turn your chairs over, you can see the Nobel laureates’ autographs. It’s surely an entertaining place to visit. 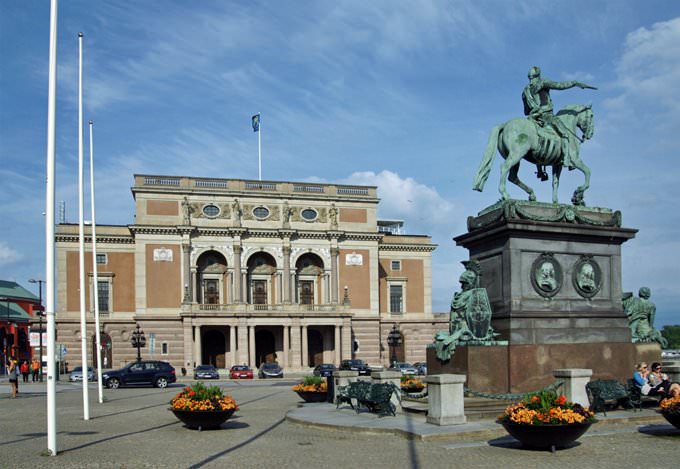 Facts:
» The Royal Opera was founded by King Gustav III. He loved music very much and created a court troupe.
»  In 1775, the king ordered the construction of the theatre from architect Carl Adelcrantz. The building was to be as good as any European theatre. In 1782, the first premiere took place in the new theatre.
»  In 1792, King Gustav III was assassinated in the theatre, and it was closed for some time, then reopened, but there was no permanent troupe already. The opera building was eventually demolished in 1892.
»  The new opera building was slightly smaller than the old one, but as luxurious and majestic, with a magnificent marble staircase and a golden foyer. The theatre has 1,200 seats for audience.
»  The Royal Opera Symphony Orchestra often plays concerts. In 1975, the Swedish Opera’s troupe came to the Soviet Union on tour. In 2005, director Dmitry Bertman staged the Eugene Onegin opera in the Royal Swedish Opera. 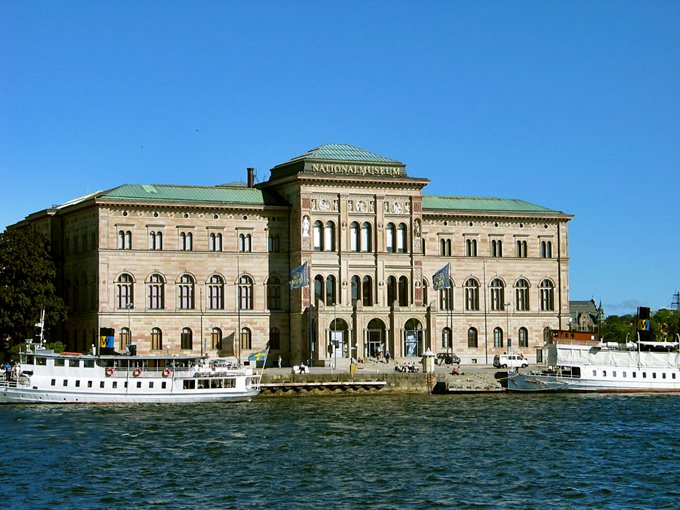 Facts:
» The National Museum in Sweden houses a lot of art objects. Besides the museum, they are also kept in several Swedish royal castles and the Museum of Porcelain. The first pieces of art were collected by King Gustav Vasa in the middle of the 16th century.
»  In the middle of the 18th century, the Swedish envoy Carl Tessin bought a lot of paintings for the king’s collection in Paris. In 1792, the collection was donated to the National Museum.
»  In 1866, the German architect August Stüler completed the construction of a new museum building. The rich collection puts the museum on a par with the Louvre, the Prado Museum, or the National Gallery in London.
»  Here, you can see picturesque paintings of such Dutch, French, Italian, and English artists, as: van Gogh, Rembrandt, Rubens, El Greco, Perugino, Goya, Renoir, Gauguin, etc. They are gems of the museum collection.
»  The museum had been closed for reconstruction until 2018. When the museum was renovated, its exhibits were kept in the Academy of Fine Arts. 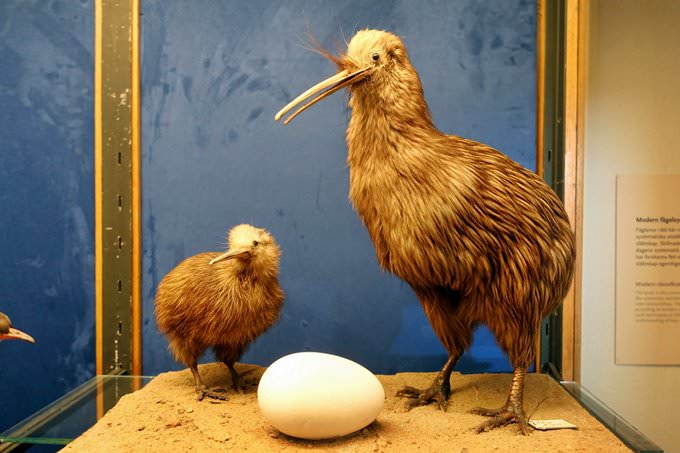 Facts:
» The Museum of Natural History was founded about 200 years ago. The museum collection built by the Royal Academy of Sciences in 1819 includes 10 million exhibits. The museum houses specimens of flora and fauna, the collection of minerals, and natural resources.
»  In 1916, the museum moved to the building complex built specifically for it. In the museum, researchers from several universities Stockholm work. There is also the Bird Banding Laboratory.
»  In the IMAX Cosmonova cinema, you can watch 3D documentaries. The hall is equipped with a ceiling screen of perforated aluminum, which creates an illusion that you are in the film. Emotional individuals and small children are not recommended to watch some films.
»  Exhibitions are organized in such a way that you can not only see exhibits on stands, but also take a look into some phenomena. At the “Smart Person” exhibition, you can look inside different organs, e.g. the head, the heart, or the stomach, and learn about how they work. The exhibition dedicated to Earth, you can hear sounds of magma, as well as see dinosaurs’ eggs, mammoths, and a huge sea monster. You can see meteorites, precious stones, and minerals at the exhibition “Treasures from the Earth Interior”. 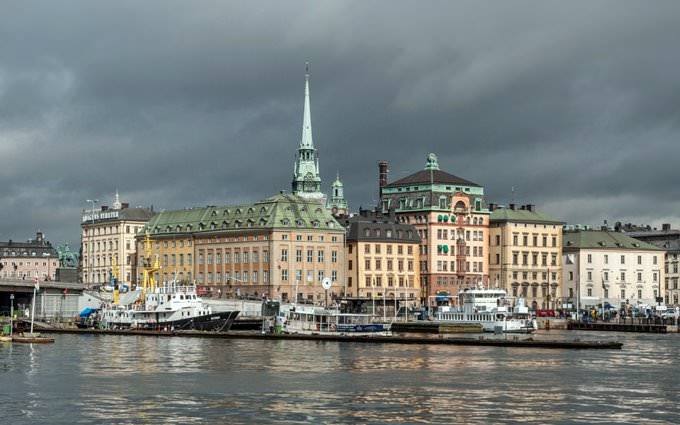 Facts:
» The German Church is also called St. Gertrude's Church. In the Middle Ages, there was the German Guild of Merchants. Many German people also lived here. Many years later, in 1642, the guild’s building was rebuilt into a church and consecrated in honor of St. Gertrude (626-659), the patroness of travelers.
»  One of the stained glass windows depicts St. Gertrude holding a bowl and a church model in her hands.
»  In 1878, the bell tower was destroyed by fire. It was restored by the Berlin architect Julius Raschdorff. Now, the bells ring four times a day.
»  In the church, there is also a royal gallery decorated with sophisticated carved elements. It was built for the members of German royal families visiting services. It was designed by Nicodemus Tessin the Elder (1615-1681).
»  Nowadays, the church is visited by about 2 000 parishioners. Services are held in German.

Facts: » The Parliament House is an impressive and magnificent architectural masterpiece located on the island and surrounded by water. The Parliament House was built in 1905.
»  The front arched entrance is decorated with sculptures. The central statue symbolizes the Swedish people. At its feet, there are statues of men and women. They symbolize the Vigilance and the Deliberateness, the most important facets of the Parliament’s work.
»  Above the entrance, there is a bas-relief emblem of Sweden. On both sides of the entrance, there are sculptures of Sweden kings Gustav II Adolf and Gustav Vasa.
»  Anyone can visit the Parliament Building and attend meetings. There is a special gallery where they are held.
»  Tourists often visit the older part of the Riksdagshuset. There is also the Museum of Middle Ages where you can see paintings, sculptures, and other artifacts.

Facts: » The Church of St. Nicholas is the oldest church in Stockholm that was designated the status of a cathedral in 1942. The church was mentioned in the testament of knight Karlsson (1279). It is supposed that it was built by the founder of Stockholm, Birger Jarl.
»  In the middle of the 18th century, the church was rebuilt and refurbished. At the church, there is the medieval wooden sculpture of Saint George fighting a dragon. It was made in 1489.
»  Swedish royalties were crowned here. The last coronation took place here in 1873.
»  At the church, Swedish kings’ wedding ceremonies were held. In 2010, Daniel Westling and Princess Victoria, the eldest daughter of King Carl XVI Gustaf, got married here. This event took place on the day of her parents’ marriage in 1976.

CONTINUE - PART II »»
This guide to architectural sightseeing in Stockholm is protected by the copyright law. You can re-publish this content with mandatory attribution: direct and active hyperlink to www.orangesmile.com.
Stockholm - guide chapters 1 2 3 4 5 6 7 8 9 10 11 12 13 14 15 16 17

Build your walking routes in Stockholm on the landmark map Architectural landmarks in the regions around Stockholm