Nature of Spain - national parks and reserves for active recreation 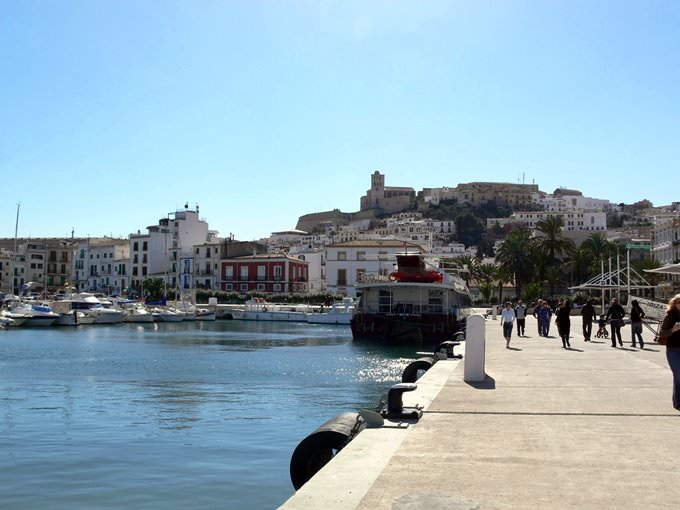 The relief of Spain is diverse. There are about 400 different national parks and reserves in the country. Here, you can find desert and mountain landscapes, marine and tropical zones, as well as a volcanic terrain. Most national parks and reserves are in the Canary Islands and the Balearic archipelago. One of the most popular among tourists is Teide Park on the island of Tenerife belonging to the Canary Islands. The park is located around the highest point of the country, the volcano Teide. The reserve features a desert landscape. Travelers are usually eager to make an ascent to the vent of the volcano. The funicular is waiting for those who do not want to go on foot.
What you need to know about Spain prior to visit - advices
1. There is, unfortunately, a big risk to meet with pickpockets in Spain, especially in large tourist cities. Therefore, it’s better not to carry …
Read further
The Canary Islands boast another national park, Garajonay. It preserves moist laurel forests, which covered the whole of Europe in ancient times. One of the best natural reserves is the National Park of the Cabrera Archipelago. More than 80% of its territory falls on the water surface. The archipelago is located away from the mainland. It's uninhabited, due to which its flora and fauna practically did not change. It's prohibited to sail there. Tourists are given a license to visit, which is active during 1 day only. Colonies of seagulls live in the archipelago; dolphins inhabit the water around isles. Tourists will also be able to visit the fortress built in the 14th century, a museum, and a souvenir shop.
Perhaps the most picturesque national park in Spain is in Aragon. In Ordesa and Monte Perdido, you can see the classical landscapes of the Pyrenees, which include mountains, canyons, gorges, waterfalls, and glaciers. The highest point of the park is the mountain of Monte Perdido. There are picturesque lakes with glacial water, beech and poplar forests at its foothills. Canyons of the park resemble the rocks of the Grand Canyon. The waterfall of the Cola Caballo can be found in the gorge of Anisko. Brown bears and vultures live in the park. There are pedestrian and horse routes featuring picturesque views. Copyright www.orangesmile.com
What to see and what to visit in Spain with children
Family vacations in Spain are characterized by the high comfort and safety. There are ideal conditions for a measured beach holiday. There is a huge …
Read further
Picos de Europa Park is no less popular among fans of walking tours. There is a huge number of routes for trekking, mountaineering, and hiking trails. Different kinds of birds of prey, wild boars, Iberian wolves, and colonies of bats live in the gorges. The park is equipped with observation platforms, one of which, Fuente De, has a glass floor. You can climb it by the cable car. Another mountain park, Sierra Nevada, is known primarily for its ski resorts. On the territory of the park, there is also a Tibetan monastery, where believers make pilgrimages. 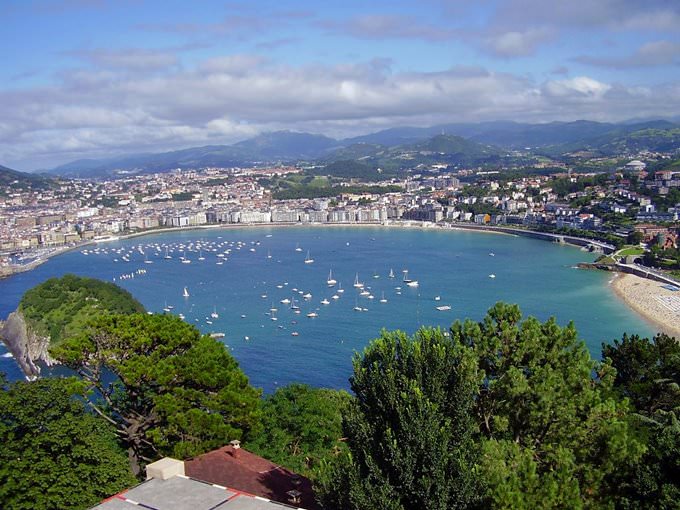 The National Park of the Atlantic Islands in Galicia is another place with an amazing landscape. The park is located on the coast of the Atlantic Ocean. The coastal part is occupied by picturesque beaches with white quartz sand. The rest of the territory is overgrown with laurel and beech forests. Along the coast dolphins, seagulls, crested cormorants, and auks live. Rodas Beach located on the junction of the islands, is one of the most beautiful in the world. An amazingly rich flora waits for tourists in the Cabaneros Park in the central part of the country. The Iberian lynx lives in the forest of the park. You can also meet unique birds, including the black stork and Adalbert's eagle. You can get to Cabaneros, as well as to most other parks, during tours.

National and city parks of Spain
♥   Natural Park 'Aiako Harria' . On the map

Famous places and sights of Spain At present, you can find a lot of cafes and shops that are decorated in outstanding thematic style. Their walls are full of Smurfs graffiti. Also, there were made a lot of thematic sculptures. Well-known characters you can find everywhere. This town is very attractive ... Read all The unique cave Cueva de El Castillo was found in Cantabria, Spain. For a long period of time the cave didn’t attract modern people. The cave’s entrance was so small that the only possible way to get there was on the hands and knees. There were found one of the most ancient petroglyphs in the world. Their age goes up to 40 000 years. On the pictures were depicted bisons, horses, some parts are devoted to the hunting.

There is no strong evidence that these paintings belong to the hand of our predecessors. Some researchers say that the petroglyphs belong to the brush of the Neanderthals but they don’t claim it. During the numerous researching it was knew that the first people have stayed there over 150 000 years ago. Cueva del Castillo was discovered in 1903 by Hermilio Alcalde del ... Read all
All unique sightseeing Spain

Cultural sights in regions of Spain

Barcelona
The excursion to Historical Museum (Museu d'Historia de la Ciutat) will leave only positive memories. This museum is located in an old palace of the 15th century. In the museum you will see most unusual collections - kitchen utensils, historical artifacts, ancient paintings and portraits of famous people of Catalonia. … Read more

Madrid
Parque del Retiro is simply the best place for hiking and outdoor recreation. The park is located in the heart of the city and covers an area of 140 hectares. Several centuries ago Philip IV liked having rest in this beautiful garden. It is also worth making a walk in the picturesque quarter named La Morera. This is … Read more

Sevilla
Among the historical attractions that have managed to survive we should definitely mention the famous Gold Tower. Nowadays this place of interest houses the exhibition of Maritime Museum. The tower was built in 1120. Its roof was laid out with bricks made of clay, which shone like gold under the sun rays. This is … Read more

Benidorm
Iglesia de Sant Jaume is widely known among the religious sites of the city. The beautiful cathedral is distinguished not only by its unique architectural shape and skillful design of the facade, but also by the richest selection of valuable artifacts and ancient icons that decorate its halls. Aigera Park is a no less … Read more

Granada
Vacationers should definitely not forget to visit Architect's Garden. Every year this sight attracts hundreds of thousands of travelers. The garden, which is a former residence of the Moorish rulers, was built in the first half of the 14th century. Antique doors are the symbolic entrance to the garden. Right behind … Read more

Valencia
Vacationers should definitely not forget to visit Science Center, which is located just a few steps away from the pond. This is a beautiful hemispherical building. The total square of the large-scale complex of is more than 350 thousand square meters. Every day Science Center holds interesting lectures and laser shows … Read more

Spain: Map of sightseeing in regions