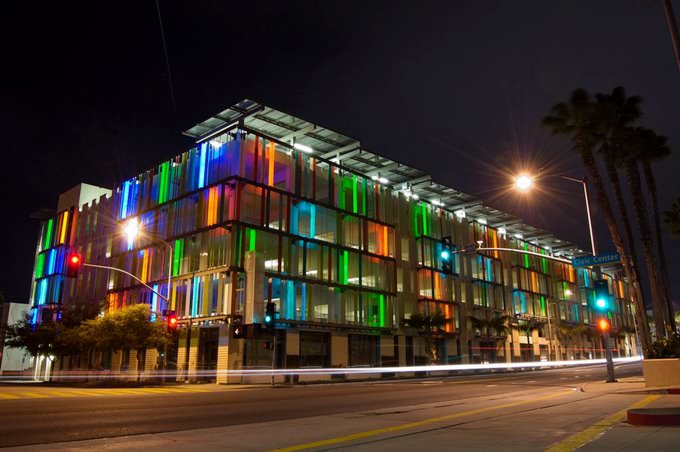 The most touristic and much visited destination of the resort city of Santa Monica is the Promenade accumulating a major part of entertainment establishments, stores, restaurants and bars. This street locates two ancient cinemas of the city which have been working since 1929. These movie halls are the Criterion Theater and Aero Theater. These movie theaters are among the most remarkable landmarks of the city and are worth attention of all the city visitors without exception. Another age old movie theater named Majestic was closed after a massive earthquake of 1994. The theater is now under reconstruction.
Advices to travellers: what you should know while being in Santa Monica
1. Tourists planning to visit local stores, boutiques and shopping centers should have handy carrying bags. Every shop and store of the city packs goods in environmentally safe paper begs …

Open
Several remarkable landmarks and sites of the city are located in the Ocean Avenue with a statue of Santa Monica being the main symbol of the city. Walking along the scenic street one will get to the pier and finally reach the Santa Monica Pier park which is one of the most favorite places of rest and recreation as among local folks so among foreign guests. The park is a genuinely unique landmark of the destination. The matter is that the park is located on water.
A small park offers numerous attractions and entertainment establishments. In the heat of the tourist season the park holds various festivals, cultural and social events. The city offers various interesting museums as well being of great interest for art connoisseurs. The Santa Monica Museum of Art will be of great interest for pictorial art admirers. Its collection encompasses artworks by famous painters of Los Angeles. The museum often holds different exhibitions of works by modern artists. Copyright www.orangesmile.com
Guide to Santa Monica sightseeing - things to see and to visit
Santa Monica is a city that combines the elements of ancient and modern. This place attracts tourists by its practically year-round sunny days (325 days a year), a magnificent beach at the …

Open
The Santa Monica Heritage Museum introduces its guests into the history of the city and cultural traditions of local folks. Its collection is rather vast and varied. A visit to this cultural establishment will be an excellent entertainment for a whole family. Another remarkable spot of tourist attraction is the Santa Monica Civic Auditorium being an established place for holding of cultural and social events. It should be noted that the concert hall held the Oscar ceremony from 1961 to 1968. 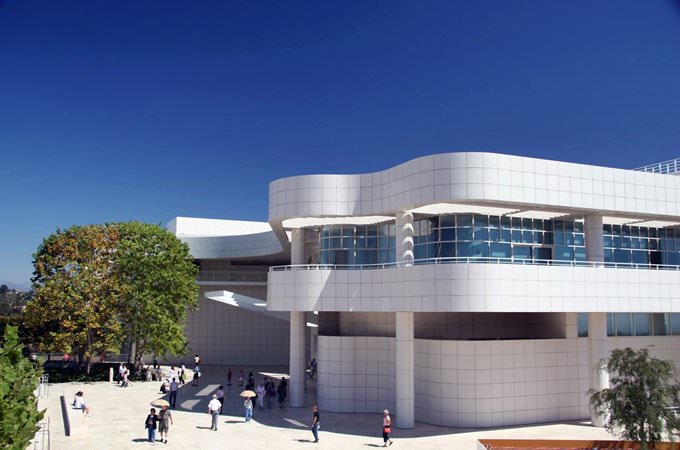 Walking along the old pier, aged more than a hundred years, tourists will find a «Route 66» sign. The city of Santa Monica is a final destination of the famous Route 66 which is running though the entire country. It is a good tradition for many tourists to take photos with this sign as a keepsake. During an exploration tour through the city tourists may enjoy the beauty of local buildings and constructions. Some of the city constructions are impressively old.
Cuisine of Santa Monica for gourmet with top restaurants and cafe
Santa Monica, a small beachfront city, offers its guests plenty of marvelous restaurants and cozy cafes which are scattered all over the city and located in every shopping center. In the …

Open
Walking through the streets of Santa Monica, you should not miss the City Hall. It was built in 1939 and is an excellent example of art deco style. The architects who designed the building were Donald Parkinson and Joseph Estep. Nearby is a beautiful park for conducting walks – Tongva Park. Its proximity to the Pacific Ocean also adds to its attractiveness. The Shotgun House building, which was built at the end of the 19th century, deserves a visit. What is most remarkable about it is the patio of the house where beautiful plants grow, including medicinal plants: fuchsia, mint, yarrow. 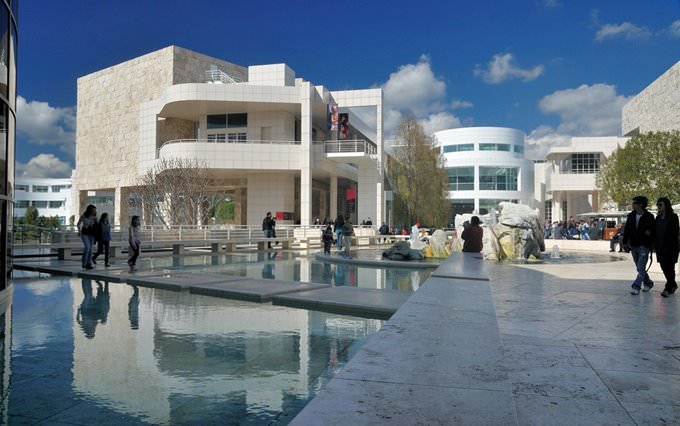 Another interesting building in the city is the Gehry Residence, which is where lives the “guru of deconstructionism”, the author of the Guggenheim Museum Bilbao and the Walt Disney Concert Hall in Los Angeles, Frank Gehry. Like all the works of the architect, his house is very unusual and the neighbors were unhappy about this (of course, when Gehry was not yet a famous architect). He bought the estate (which was originally a bungalow built in 1920) in 1977, and redid it only in 1991 for the needs of his growing family. The original residence was built in the Dutch colonial style, but today its style is rather difficult to determine. Notwithstanding, the elements of deconstruction are well visible. Some critics consider the house to be his first creation in the style of deconstruction, but the architect himself denies this.
Authentic traditions, festivals and lifestyle of Santa Monica inhabitants
One of the main distinctive features of the city of Santa Monica is a welcoming and easy atmosphere. The resort is heavily visited by tourists from all over the world. Local residents treat …

Open
Those who wish to spend their leisure time culturally watching wonderful theater performances should visit theaters such as Santa Monica Playhouse and the Creating Arts Company, after having checked out their repertoire. And for those who prefer to spend time culturally, enjoying the beautiful works of modern art, they should go to the Adamm’s Stained Glass & Art Glass Gallery. Then those on the other hand who want to get acquainted with the history of the city should visit the Santa Monica History Museum. No less noteworthy is the cultural object of The Wende Museum of the Cold War, where visitors will be told about what life was like during the so-called “Cold War”.

Lovers of pastoral atmosphere should definitely go to the beautiful Ocean Park Ranch, which is incredibly striking for its scenic expanses. The environs of Santa Monica are rich in natural attractions. For example, in the picturesque Will Rogers State Historic Park, tourists can see beautiful mountains that amaze with their unimaginable beauty. The green zone is great for hiking, as well as for conducting a family picnic. Among the parks located within the city line, it is worth highlighting a few more beautiful green areas, a walk through which will be a great addition to sightseeing. Among them are the Palisades Park, the Dorothy Green Park, as well as the Virginia Avenue Park.

In the section below, you can get one of our excursion, activities or city discovery tours over Santa Monica and surroundings. Our website offers 10-30% lower ticket prices, when compared to the offline purchase on the spot.

This guide to cultural sights Santa Monica is protected by the copyright law. You can re-publish this content with mandatory attribution: direct and active hyperlink to www.orangesmile.com.
Santa Monica - guide chapters 1 2 3 4 5 6
Reference information
Map of all art museums

Cathedrals and basilicas near Santa Monica
♥   Co-Cathedral of St. Anne, North Hollywood, 18 km from the center. On the map

♥   Cathedral of Our Lady of the Angels, Los Angeles, 23 km from the center. On the map

♥   Cathedral of St. Gregory the Illuminator, Glendale, 28.7 km from the center. On the map

♥   Mission San Gabriel Arcángel, San Gabriel, 36.3 km from the center. On the map

Excursions over cultural sights of neighbours of Santa Monica

Beverly Hills
The Academy of Motion Picture Arts and Sciences is the internationally known organization that has gained wide recognition because of the Academy Awards, which are better known as the Oscars. Every tourist in Beverly Hills can feel a connection to the cinema world if they visit the Academy’s headquarter on Wilshire Boulevard. The Grand Lobby is free to enter, and there are ... Open »
Hollywood, CA
Hollywood is sure to please its guests with an abundance of interesting sights, many of which may seem very unexpected and original. While walking along the Hollywood Walk of Fame you can see a lot of interesting and uniquely-designed architectural structures. The magnificent TCL Chinese Theatre resembles a colorful Chinese pagoda in its outlines. In front of this building, ... Open »
Los Angeles
Los Angeles is often called a city of fests. The city meets the tourists with a vast choice of entertainments and engaging tours. Each city district has its own unique history and features is own landmarks. The most unusual sight of the city is an ancient cemetery called Hollywood Forever which was established in 1899. This is the place of final destination of world renowned ... Open »
Anaheim
Numerous parks, recreation centers and sports complexes are the main attractions of Anaheim. There are not so many historic sites and monuments in the city. The best way to learn the history of Anaheim is to visit the museum named Muzeo, which exhibits a rich collection of historical artifacts. Fans of Theatre Arts will be interested in visiting Grove of Anaheim, where they ... Open »
Santa Barbara
Among other remarkable sites and landmarks of the resort city tourists should pay a visit to the Santa Barbara Maritime Museum. Its exploration will be more of an adventurous journey rather than of educational tour and traditional observation of showpieces. The Santa Barbara Museum of Art invites tourists to estimate priceless works by local artists. A tour through city streets ... Open »

Culture guide to Santa Monica. Which fascinating sights to visit once you are in Santa Monica: temples, churches, museums, theaters and castles. Recommendations (with addresses, phone numbers and links) on the places 'must visit' in Santa Monica. Plan your own city excursion by using this page info!