Sightseeing in Saint Martin - what to see. Complete travel guide 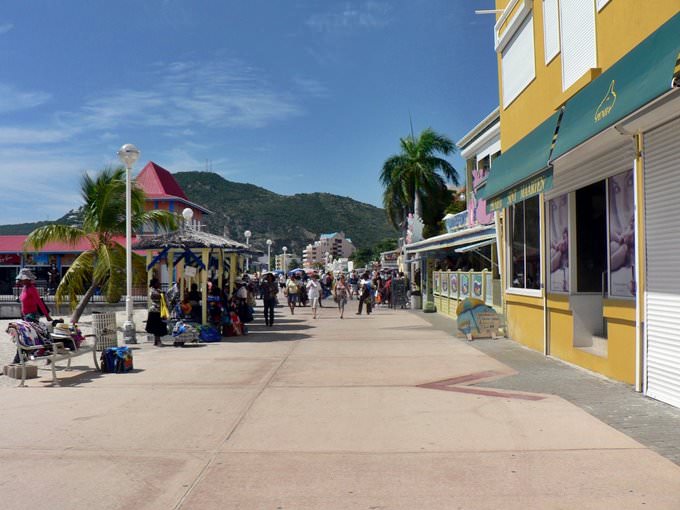 St. Maarten is the smallest island among the Caribbean Sea islands. Its territory is divided into two parts. One part belongs to the Netherlands, while the other one is owned by France. Princess Juliana Airport is, without a doubt, the most interesting and intriguing place of the island. Landing here requires much endurance and professionalism for pilots, because due to the small size of the island the runway is located very close to the sea coast, where always have rest thousands of tourists.
Your active city break in Saint Martin. Attractions, recreation and entertainment - best places to spend your day and night here
The vast majority of travelers are attracted to the island by beautiful beaches that are well-equipped for a variety of water sports. There are 37 beaches on the island, so it’s easy …

Open
Life on St. Maarten is in constant motion. Here are located the mansions of well-known movie stars, beautiful sandy beaches, amazingly clear and pure water around the island that amazes all tourists. Here tourists are offered to try underwater fishing and diving, swim to amazing coral reefs, and even climb to the Eden Mount.
The town is also famous for its attractions. Start your acquaintance with it from visiting St. Louis Fort. You can also visit the local butterfly farm, where butterflies are specially bred and their development is carefully monitored. There are also the national park with parrots and Creole village named Colombier on the island. Copyright www.orangesmile.com
Advices to travellers: what you should know while being in Saint Martin
1. You can visit the island at any time of the year, but the most favorable holiday period is from December to April. Vacationers are sure to bring a sun protector, as they can get burnt on …

Open
Philipsburg is the main city of the Dutch part of the island. It will appeal to amateurs of hiking in historical places. Beautiful tile-roofed buildings of colonial times remained on the city streets. Only old churches along are about ten in the city. Watney Square is the starting point of all tours around the city. The monument of Queen Wilhelmina and the most beautiful historical buildings are located nearby. 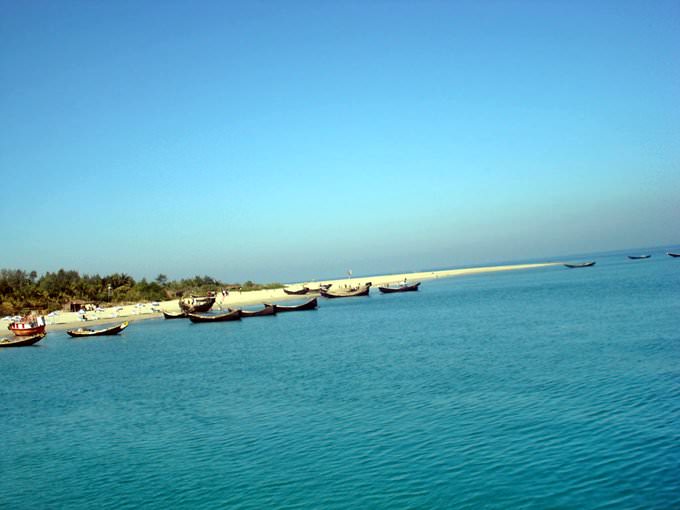 The most visited cultural institution on the island is Saint-Martin Museum. It presents a collection of exciting historical exhibits. Part of the exhibition consists of archaeological artifacts discovered on the island during the study. The most interesting part of the collection are items obtained from the sunken Proselyte frigate. It crashed off the coast of the island over a hundred years ago and is buried at sea to this very day.
Cuisine of Saint Martin for gourmet with top restaurants and cafe
The gastronomic capital of the picturesque island is the city of Grand Case. This is where popular national restaurants and colorful bars are located. Local cuisine is a harmonious blend of …

Open
The Botanical Garden that conquers with its beauty is a real pride of the inhabitants of Philipsburg. It is distinguished not only by a variety of rare plants and flowers but by a fabulous landscaping. There is a small zoo on the territory of the garden. 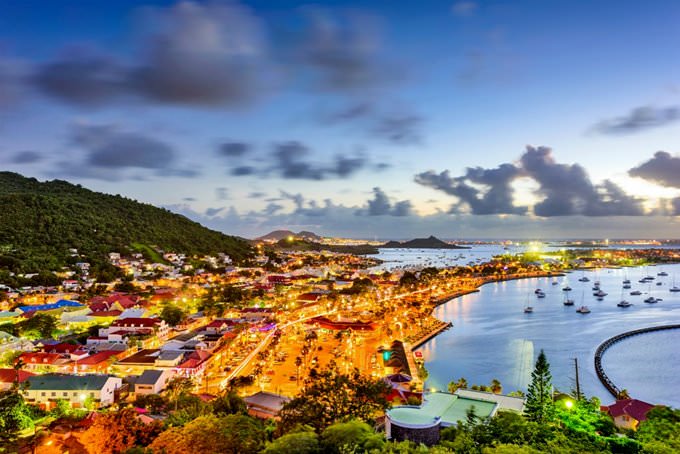 Among attractions located outside the city, the old watchtower of Cole Bay Hill is worth mentioning. Once, the tower was built on the coast to protect the island and served as an important part of its fortification system. However, over the years it lost its original meaning. Nevertheless, the tower managed to survive to this day. It has an excellent viewing platform on the top.
Authentic traditions, festivals and lifestyle of Saint Martin inhabitants
St. Maartin is a unique island in relation to cultural traditions; its calendar is full of original celebrations. The area of the island is divided into two parts, French and Dutch, so every …

Open
The main city of the French part of the island is Marigo. It has plenty of interesting sights, as well. It will be nice to walk along Republic Street, which is famous for historical buildings in romantic style. In the city operates the Museum of History and Culture of Saint-Martin, where one can admire not only excellent historical artifacts but works of local artisans and artists. 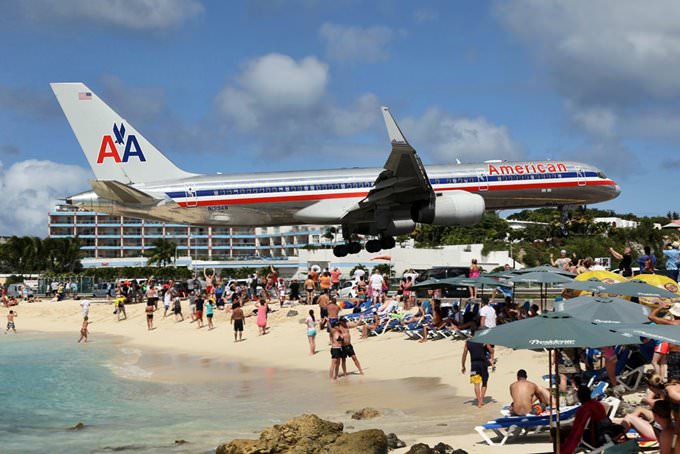 Concordia Mount is the most popular place among lovers of hiking. It is quite low, so it is not difficult to climb it. At the top of this mountain, is a Border monument. Here, are territorial boundaries between French and Dutch parts of the island.

This guide to iconic landmarks and sights of Saint Martin is protected by the copyright law. You can re-publish this content with mandatory attribution: direct and active hyperlink to www.orangesmile.com.
Saint Martin - guide chapters 1 2 3 4 5 6

National and city parks around Saint Martin
♥   National Park 'Mount Obama' , 172.7 km from the center. On the map

Sights around Saint Martin from our guide 'Extreme places on Earth' Distance from Saint Martin center - 50.6 km.
The airport makes the tiny aircraft BN-2 Islander and Twin Otter, whose main passengers are the tourists. The picturesque Caribbean island with the wonderful beaches and the unique nature has long been popular with travelers. The workers of the tourist industry notice that the dangerous airport prevents the full-fledged development of the island as a promising tourist zone in many ways. … Read further Distance from Saint Martin center - 31.4 km.
All tourists who have recovered on the island once know the unique airport very well. It is that the runway ends just at the beach, so the holidaymakers can watch the maneuvers of the tiny aircraft during the recovery. The show 'Most Extreme Airports', which was shown on the History TV Channel, gave the unique Gustaf III Airport. The third place in the rating of the most dangerous airports in the world. … Read further

Search touristic sites on the map of Saint Martin

Sightseeing in regions nearby Saint Martin

Long Bay
Glass bottom boat tours allowing to watch the exotic marine life are extremely popular as well. For fishing enthusiasts, they organize trips to the most interesting fishing spots. Another common type of entertainment for fans of outdoor activities is hiking and cycling around the island. Long Bay has relatively few historic attractions but more than enough beautiful hiking ... Open »
Tortola
Nice surprise is waiting for lovers of strong alcohol, since in one of the most picturesque bays of the island is located Callwood's Rum Distillery rum factory. After an exciting factory tour, guests are offered best varieties of rum tasting. Everyone can visit a shop located on the territory of the factory. Tourists who do not see their rest without walks in picturesque ... Open »
Antigua Island
You can successfully combine exploration of historic sites with walks through the picturesque natural areas. Excursion to Half Moon Bay is in high demand of tourists. Indian Town would be interesting to explore, as it can boast a huge number of rare plants and rare species of birds. The most mysterious natural attraction is Devil's Bridge that is a spectacular rock formation ... Open »
Charlotte Amalie
Do you like active recreation? In this case, Magens Bay Beach is the best choice. Vacationers can choose from different water sports and entertaining activities and enjoy unforgettable emotions. The beach is suitable for scuba diving, so vacationers can see the underwater world of the region and creatures that live there. It is also possible to play tennis on comfortable ... Open »
Dominica Island
Lovers of hiking to extraordinary places should visit L'Ecaille Tete Shin. Thousands of years ago, during a regular eruption of the volcano, a huge field of frozen lava was formed. Local people consider the surroundings sacred. There exist a number of legends connected with them. At the foot of the high mountain lies the Morne Trois Pitons National Park - one more unique ... Open »

All about Saint Martin, Netherlands Antilles - sightseeings, attractions, touristic spots, architecture, history, culture and cuisine. Prepare your trip together with OrangeSmile.com - find out the 'must see' things in Saint Martin, which places to visit, which excursions to take, where the breathtaking views are waiting for you. Planning your trip with this travel guide will help your to get the most out of Saint Martin in few days.