Sightseeing in Bonaire - what to see. Complete travel guide 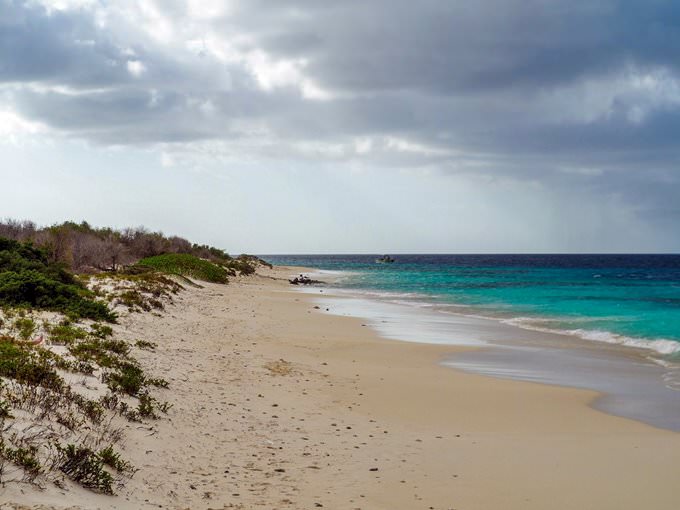 The name of Bonaire Island can be literally translated as “good air”. It is the second biggest island of the Netherlands Antilles. Bonaire is 80 km far from the Venezuelan coast. Beautiful sea landscapes, crystal clear and picturesque coastline, rich underwater world, and a lot of comfortable fishing villages... This is how travelers imagine the island.
Excursion over cultural sights of Bonaire - 'must visit' points of interest
Not without reason, Bonaire is considered one of the best centers of water sports in the world. Not so many people know that there are a lot of important historical attractions, the …

Open
Most of the tourists are divers and fans of water sports but the island attracts hikers too. The best places for diving here are the Alice-in-Wonderland and Angel City Reef where you can see the sunken ship Hilma Hooker.
More than 300 years ago, salt started to be produced on the island. Today, there is the “Cargill Salt” Factory in the southern part of Bonaire. The road leading you to the factory goes through unusual turquoise and pink ponds that belong to the company. They are also some of the most important local attractions. Copyright www.orangesmile.com
Your active city break in Bonaire. Attractions, recreation and entertainment - best places to spend your day and night here
Bonaire offers its guests vast opportunities for active holidays, in particular, for water sports. The most beautiful and most popular beach, Playa Chikitu, is located on the territory of …

Open
In the southern part of the island, there is the most popular Witte Pan Beach that is perfectly suitable for family holidays and sports entertainments. When walking along the coastline, you can see old huts built in the middle of the 19th century. Over a hundred years ago, slaves working on local quarries lived here. 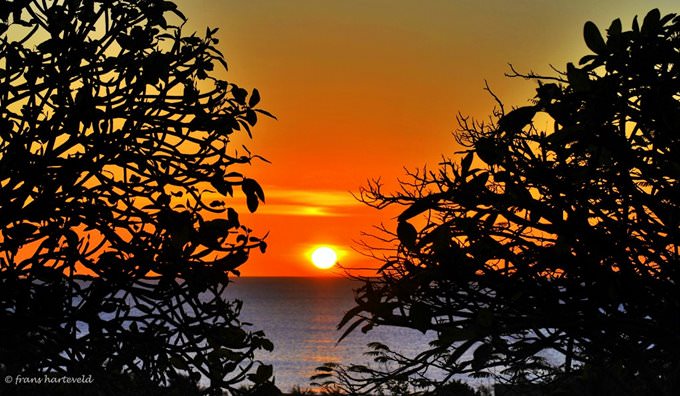 Perhaps, the most “colorful” dwellers of the island are flamingos. Today, the largest breeding site of these birds is located on the territory of the Pekelmeer Park. Over 100 thousand birds dwell here. This breeding site is the largest in the Western Hemisphere. Near the park, there are the ruins of the Willemstoren Lighthouse that was built on the island in 1837. Everyone can reach the observation platform and admire the marvelous panorama of Bonaire.
Advices to travellers: what you should know while being in Bonaire
1. Besides standard guesthouses and hotels, there are quite unusual hospitality venues, cabañas, on the island. This is something between a budget hotel and a water sports center where …

Open
One of the nature attractions here is the Washington Slagbaai Park opened in 1969. It occupies 20% of the island. There are thickets of cacti, beautiful beaches, and salt lagoons... On the territory of the park, you can see almost 100 bird species and 70 rare plant species. You can acquaint with the dwellers of the underwater world during your excursion around the Sea Park. Some part of its territory is allocated to scuba diving. In any part of the island, you can see attractive snow-white beaches, so tourists successfully combine sightseeing tours with peaceful recreation at the coast. 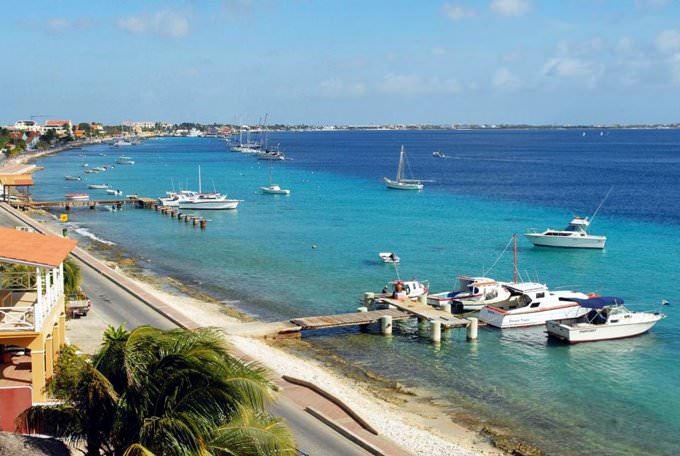 The capital of the island is Kralendijk. Here, travelers can have fun and see a lot of attractions. In the city, there are beautiful preserved constructions of the colonial period, which you can explore when hiking here. Today, many historic buildings serve as hotels, restaurants and shops. The main historical attraction in the capital is Fort Orange. Different government institutions have been opened in the building of the old fort. There is an old lighthouse near it. In the vicinity of the fort, there is the Bonaire Museum that will tell its visitors about the most interesting events happened on the island.
Best beaches and recreation areas around Bonaire
One of the important distinctive features of Bonaire is the rich underwater world. The picturesque island has long become very popular with diving and snorkeling fans. Almost all the beaches …

Open
Those who want to explore historical places should certainly visit Rincon. It is the oldest settlement on the island. It was founded by Spanish colonizers in the first half of the 16th century. Now, there are several beautiful historical houses preserved on the territory of the small town. Almost all Spanish constructions were destroyed in the period of the Dutch colonization. The unusual attraction of Rincon is an old telephone box located in one of the central streets. 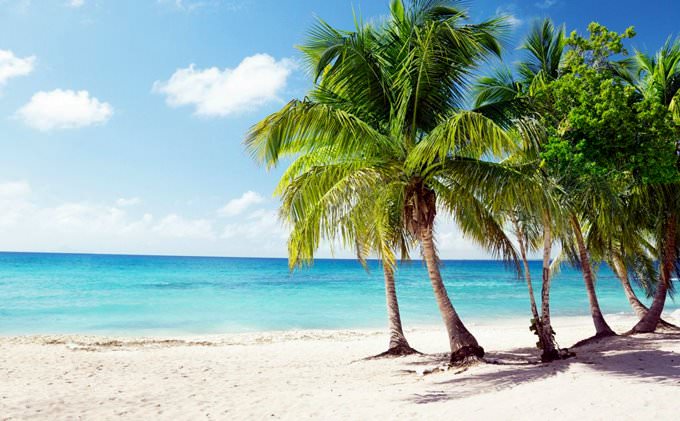 You can forget about people and enjoy the natural beauty on Klein Bonaire Island. It is 750 m far from the coast of the main island. You can easily reach it by boat. Now, the entire territory of the island is a national park. On its territory, there are several old huts where slaves lived once. Now, the island is desert.
Top hotels in Bonaire for business trip or short vacation
Bonaire will delight fans of peaceful recreation with a worthy choice of attractive hospitality venues. Fans of upscale beach recreation will be certainly impressed by the hotel Bellafonte …

Open
One of the main nature attractions on Bonaire Island is Mount Brandaris. Near it, there are a lot of interesting hiking routes. Here, you can hike, see rare plant species, and admire exotic birds and animals. You can also take an interesting off-road tour to submontane districts. Some parts of the island are quite inaccessible and you can reach them only by bus. One of the most favorite excursions of active tourists is the ascent of the mountain that has a spectacular view of the island.

This guide to iconic landmarks and sights of Bonaire is protected by the copyright law. You can re-publish this content with mandatory attribution: direct and active hyperlink to www.orangesmile.com.
Bonaire - guide chapters 1 2 3 4 5 6 7 8 9

City tours, excursions and tickets in Bonaire and surroundings

National and city parks around Bonaire
♥   National Park 'Sierra de San Luis' , 177.4 km from the center. On the map

Sights around Bonaire from our guide 'Extreme places on Earth' Distance from Bonaire center - 6.8 km.
It must be noted that the water on the Rosa beach is quite warm all year round. Its temperature is at least 25 degrees. A few years ago, few small hotels were built next to the beautiful beach, which did not harm the natural harmony and splendor of the island. On the unique coast there is still no infrastructure, which makes the rest in this area very quiet. … Read further Search touristic sites on the map of Bonaire

Sightseeing in regions nearby Bonaire

Willemstad
Visit Marine museum and you will be able to make a ride on a ferryboat and watch a collection of artifacts devoted to marine thematic. Church Museum is known as the most popular cultural center connected with religious thematic. The museum exhibits a collection of ritual artifacts, jewelry and cards. Don’t forget to visit a picturesque Post Museum, where you will see most ... Open »
Curacao
The local cuisine will greet tourists with roasted fish and stew goat meat, chicken and beef. According to the tradition of this place, you will be offered to try the local soup that consists of beef, plantain, onion, potato and spices. Another traditional dish of Curacao is cheese cake “keshi-yena”. Among places of interest that are recommended for visiting in Curacao ... Open »
Oranjestad
Among the cultural facilities of the town it is worth mentioning numerous museums. Visit the Archaeological Museum that will make you acquainted with its priceless findings of the past. Here you will see a collection of utensils, household items and other ethnographic artifacts found on the territory of the island. Museum of Numismatics features no less valuable collections of ... Open »
Caracas
Caracas is a Latin American city that is developing dynamically in our modern times. However, before starting their adventure in this Venezuelan megalopolis, tourists need to keep in mind that the crime level here is quite high, just like in most large cities. That being said, travelers can escape unpleasant situations if they know how and when to explore the city. Caracas is a ... Open »
Isla Margarita
Another great way to appreciate the panorama of the city is to visit the ancient lighthouse of Punta Balena. It is located near the fort. Visiting the lighthouse is traditionally free. From the observation deck on its top, open one of the most beautiful panoramic views of the island. There are also outstanding religious sites, among which is a beautiful church of the ... Open »

All about Bonaire, Netherlands Antilles - sightseeings, attractions, touristic spots, architecture, history, culture and cuisine. Prepare your trip together with OrangeSmile.com - find out the 'must see' things in Bonaire, which places to visit, which excursions to take, where the breathtaking views are waiting for you. Planning your trip with this travel guide will help your to get the most out of Bonaire in few days.