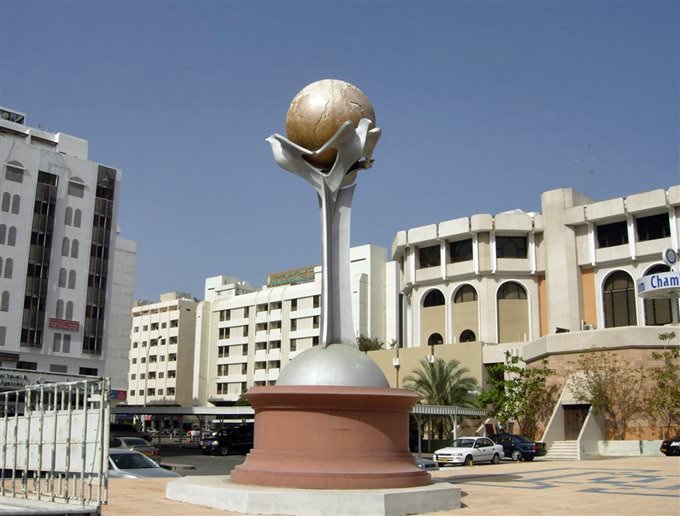 1. Omanis value politeness. When meeting someone you know, don’t forget to greet that person and smile, and only then start a conversation. Men and women should refrain from any physical contacts in public areas. A man is allowed to shake a woman’s hand only if she stretches it. In Oman, women are given the lead not only when entering something but also in queues. Same gender people can hold each other’s hand, and no one will consider that odd because this is how Omanis express their respect and cordial friendship. Rudeness, vanity, and exposure to wealth are unacceptable in the country.
2. When talking to the same gender person, Omanis prefer to stand at a distance of arm’s length. When communicating with a person of the opposite gender, locals usually keep a longer distance. Tourists need to keep this in mind and do not invade someone’s personal space. Men shouldn’t look straight in the eyes of Omani women because this can be considered impolite and threatening to personal boundaries. Of course, do not flirt with local women. For travelers, it is always not a good idea to fix their eyes on unknown people and smile to them because there is a risk of being misunderstood. It is prohibited to take pictures of locals without their permission.
3. Tourists should appear in public areas only in outfits that cover their legs and arms. Women need to cover their head. At the same time, wearing sandals is allowed. For the beach, it is better to choose in favor of a one-piece swimsuit. Revealing clothes will offend Omanis who strictly follow these rules.
National traditions and mentality of people in Oman
Arabs make up the majority of Oman’s population. East Africa has made a great impact on the ethnicities that live in the country, but descendants of …
Read further
4. Female travelers are better not to visit Oman alone. It is recommended taking a husband or a relative to this vacation. If two people of the opposite gender are not married or relatives, it is better not to reveal this information because such things are inappropriate for locals. Even relatives and married couples should not hold their hands or touch each other in public.
5. Do not refuse treats or offerings. This is rude and impolite to hospitable and friendly people. When visiting the house of a local person, it is better to do this with an empty stomach because you will need to eat all the food offered. Do not ask for extra food as this is considered rude. Don’t forget that hosts will add more coffee to guests’ cups until they make a swinging movement with the cup. Those who are not aware of this rule will have to drink a lot of coffee. It is also better not to refuse gifts.
6. Make sure the bottoms of the foot and shoe soles are not visible when you sit and stand. Locals consider bottoms of the foot impure, so pointing this part of the body at someone is insulting. Do not point at something lying on the ground with your leg and do not use legs to move any items.
7. Even though alcohol is prohibited in the Islamic country, it is still possible to find it in some Western-style bars and pubs, as well as expensive hotels. It is allowed to consume alcohol only in the place where it was purchased or in a hotel room. Copyright www.orangesmile.com
8. Do not speak and laugh loudly on the streets and in other public areas in order not to disturb local people. Even during celebrations, such as wedding, Omanis try not to make noise. When traveling in a group, it is better not to stand altogether on a street and form a crowd. When local people want to communicate, they do it in special places. Standing and talking on the street is not common.
9. Do not throw litter in Oman. This concerns the whole territory of the country. Tourists should particularly follow this rule in historic landmarks. It is also prohibited to catch animals and harm them in any way.
10. During everyday prayers, tourists need to be particularly silent and do not disturb praying Muslims. It is prohibited to walk in front of a praying person and step onto his carpet. Non-Muslim tourists are not allowed entering some mosques. If the holy shrine is open for everyone, don’t forget to take off your shoes at the entrance and stay quiet. Tourists visiting Oman during the Holy Month of Ramadan should refrain from smoking, eating, and drinking during the daytime in public places. This is impolite because the majority of local people are fasting on these days, so they cannot eat or drink during the daytime.
11. The majority of shops and offices close in the midst of the day. Tourists just need to accept this.
Shopping in Oman - best shopping places, what to buy?
Exotic and oriental Oman is like one giant market full of interesting items, fresh fruit, and mind-blowing sweets. Shopping is simply irresistible …
Read further
12. The left hand is considered improper, so do not forget to accept, give, and pass items with the right hand.
13. Weapons and all kinds of drugs are completely banned in the country. Oman is one of the safest countries in Asia. Weapon bearing is considered a threat to the safety and disrespect of the country’s laws, and Oman has prison terms and even the death penalty for drugs.
14. Do not call up someone with one finger and use the whole hand for this. It is better to refrain from gestures at all because some of them might turn out to be offensive.
15. When talking to a local person, it is better to refrain from such themes as politics, religion, economics, and women rights. If your interlocutor starts talking about these themes, it is better to express neutral opinions. Naturally, it is prohibited to mock or joke about Omani traditions and sultan.

This collection of travel tips for Oman is protected by the copyright law. You can re-use the content, but only under the condition of placement of an active link to www.orangesmile.com.
Oman guide chapters 1 2 3 4 5 6 7 8 9 10 Advices for popular cities of Oman

Muscat
1. Before a journey to the city of Muscat one should thoroughly learn the main rules and regulations of local culture as this will let the tourists escape unwanted misconceptions and mistakes with city residents. Local folks are rather sympathetic and kind hearted being always eager to help the city guests. Any question or request should be expressed with tact and politeness and each favor should be rewarded. 2. Foreign visitors should not put on ethnic outfits as such behavior may be … Read more