Preparing your trip to Nice: advices & hints - things to do and to obey 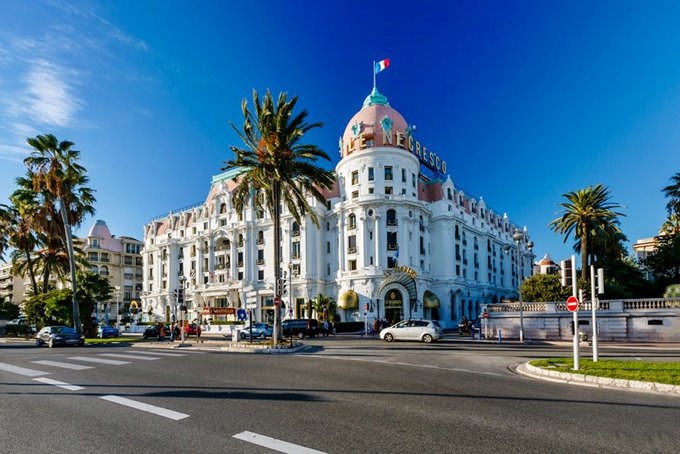 1. Fans of shopping should not forget to should visit «degriffes» shops, in which they can buy clothes and shoes of famous brands. These shops sell unsold merchandise from department stores, and prices are several times lower than in regular shops.
2. Service charge in hotels and restaurants is usually included in the total bill and estimates around 15% of the full amount. Tips can be left only in some open-air cafes and bars, but this is not necessary.
3. When you visit a restaurant, a bar or a night club, you should be very attentive to the choice of clothing. Provocative and revealing outfits are not recommended.
4. You should not sit at the first free table you see in a restaurant as it can be already booked. A waiter indicates free sets to guests.
5. Make sure you watch your belongings carefully in the crowded places. Despite the fact that the crime level in Nice is one of the lowest in the country, many citizens and guests of the city cannot protect themselves from dexterous pickpockets. Copyright www.orangesmile.com
6. Locals really appreciate all attempts of visitors to speak their native language. Make sure you learn several phrases in French. This will not only easier the communication with citizens, but also will help to gain respect of hotels’ employees.
7. Street markets open very early. Many traders start closing their outlets already at the noon, so it's recommended to go shopping early.
Top places to stay in Nice - most luxurious hotels
Le Meridien Nice, which is located on Promenade des Anglais, remains one of the most expensive and luxury hotels in Nice. Even the most discerning guests will be pleased with posh suites for …

Open
8. If your French friends invite you to visit their home, you should not refuse in any case as it can hurt hospitable people. Friends should definitely present modest gifts. A bouquet of flowers and good wine will be enough.
9. While walking on the sidewalk, you must be especially careful. Thieves on motorbikes are one of the major problems of Nice. They snatch bags from passers-by on the go.

What to visit being in Nice - unique sights Distance from Nice center - 32.5 km.
The road is considered to be extremely dangerous because of the abundance of sharp turns and relatively small width, however, for many years it remains one of the most interesting ways in the world. During the trip, travellers have an opportunity to admire the most beautiful canyons and gorges, interesting bridges and mountain scenery. Experienced motorists recommend to use the road at a speed not exceeding 30 km / h. The most dangerous sections of the route are those with hairpin bends and up to 180 degrees. … Read further Distance from Nice center - 25.7 km.
The building of the promenade has begun at the second part of the nineteenth century by the head of the city’s order. At that time there was built a beautiful street, that was named the Impératrice Street. Along the promenade the most luxurious building in the city was concentrated. After the Second World War some buildings were ruined and needed to be rebuilt, some were saved and now stay at the promenade. Along the promenade you will see several elite beaches. Sand for them was specially brought from the southern countries. Nowadays everyone can visit them. The only thing you have to do is to pay for it. … Read further

Tips for the cities around Nice

Monte Carlo
2. The majority of tourists visit the resort during the period from April to September, so if you plan to come here on this period, you should take care of bookings beforehand. 3. Travelers are advised to avoid drinking tap water. It is not dangerous for health, but it may negatively affect your well-being during the period of acclimatization. 4. Tips in the local ... Open »
Antibes
2. There are quite many police officers on the streets of the city. They will gladly show the right way to some place of interest to tourists or recommend the bus route that will bring you to the right part of the city. 3. Tips are usually included in the total amount of your bill. As a rule, they make up approximately 10 - 15%. In small restaurants and cafes tips should ... Open »
Menton
2. Prudent tourists will discover numerous bistros apart from budgetary restaurants. The best bistros are concentrated in the historical part of the city. The eating houses serve excellent quality dishes at rather attractive pricing. 3. Purchases and services should better be paid in national currency. The currency is recommended to be exchanged before a journey. The city ... Open »
Cannes
2. The most advantageous to pay for goods and services is to use the national currency. Tourists can exchange money in banks or specialized exchange offices. When exchanging money, tourists should pay attention not only to the exchange rate, but also to the amount of commission charged. The institutions located near hotels usually charge the highest commission. 3. Local ... Open »
San Remo
2. The resort area is rather small thus the best way to cruise its territory is on foot. The main type of city transport in San Remo is a bus. The busses are cruising the city from early morning till late night. A bus station is located right in the center of the city. The station provides information on current routes and on cost of trips. 3. A popular type of transport among ... Open »

Travelling to Nice - advices and tips. What should be provisioned in advance, the rules you might want to follow, and the things you better avoid doing in Nice. We help you to make your trip smooth and easy, with no unexpected surprises.