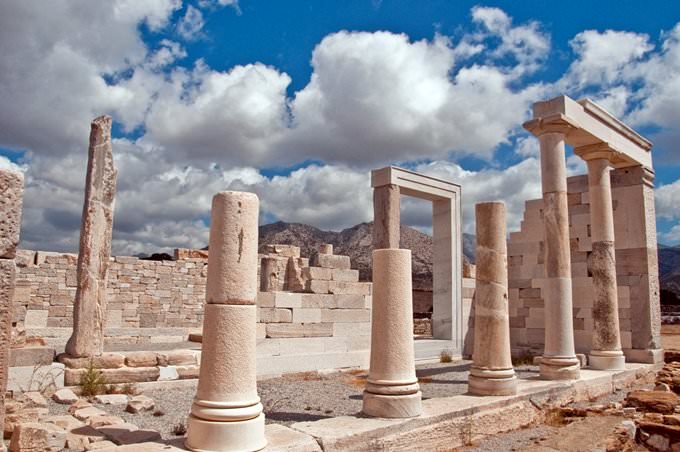 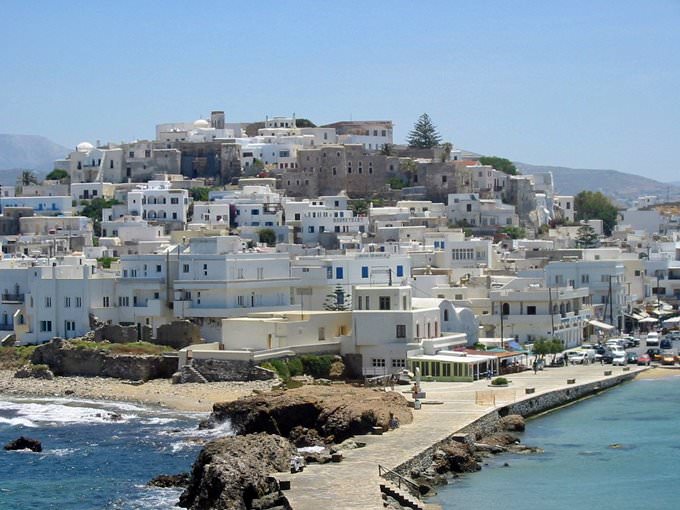 Naxos Chora from Temple of Appollo by Gerald Adams @flickr 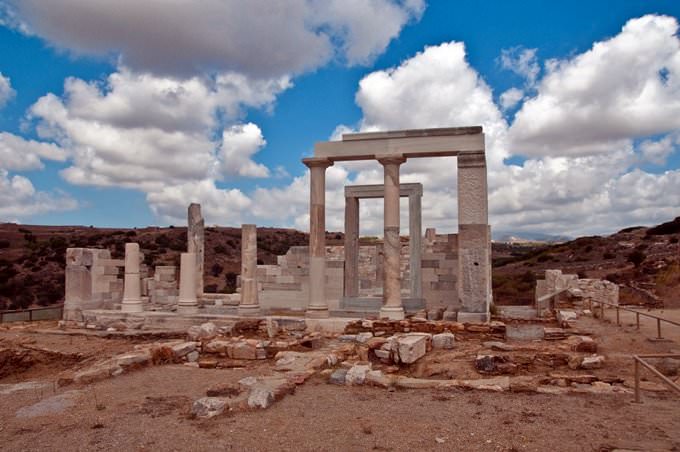 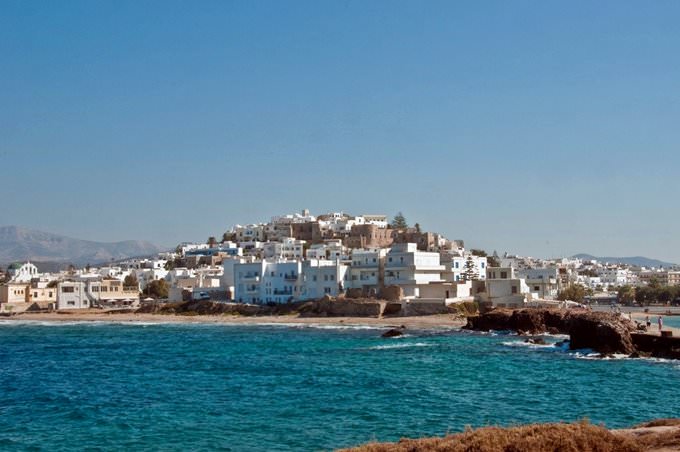 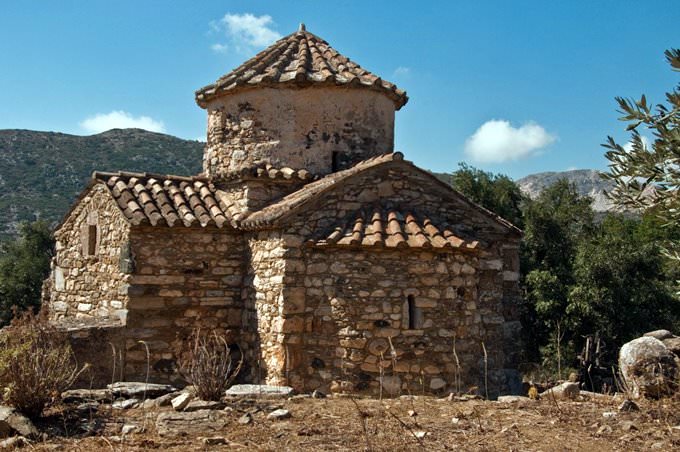 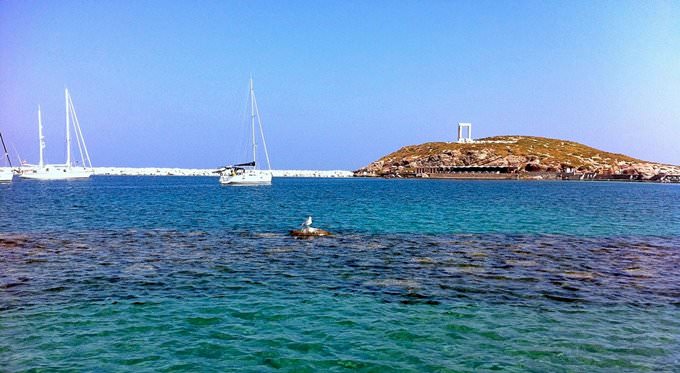 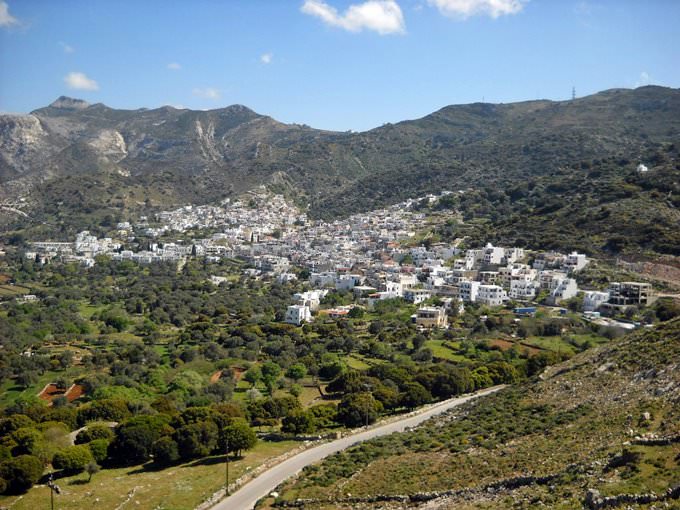 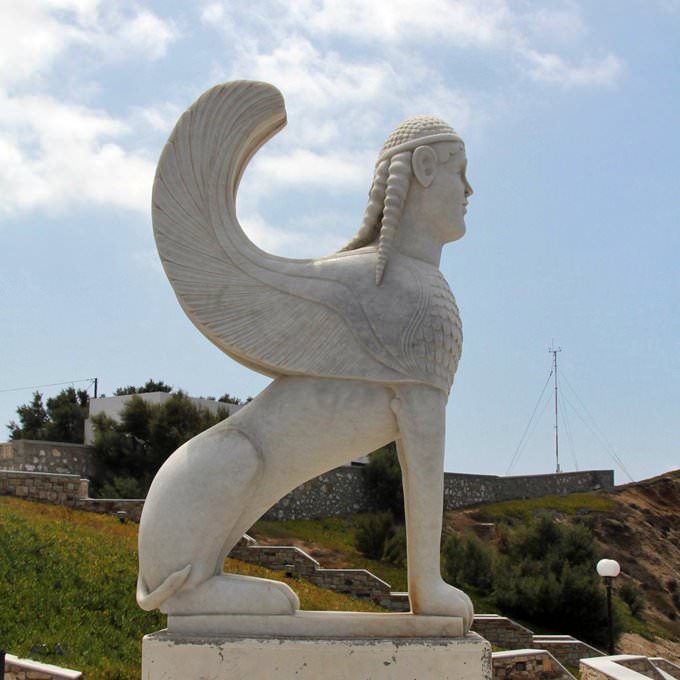 Marble copy of the "Sphinx of Naxos" by Tilemahos E @flickr 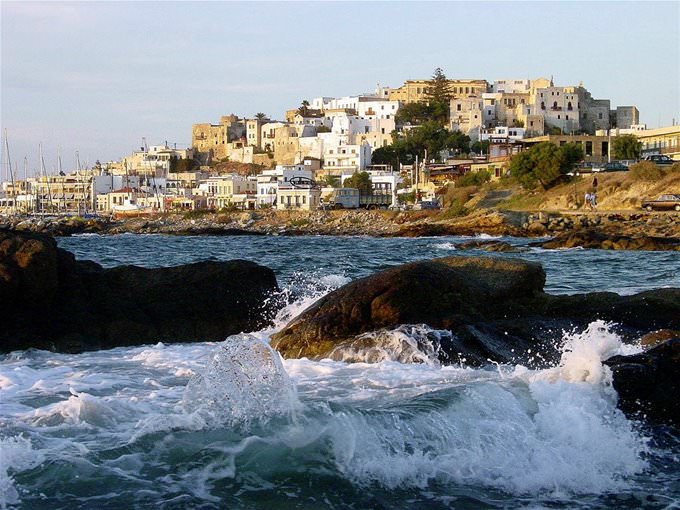 Chapters of the guide to Naxos

6. Markets and private shops welcome bargaining as in most cases it helps to reduce the price for goods for 10 – 20%. If one will fail to get a discount then a merchant will offer original souvenirs and crafts in addition to main purchase. 7. Tips are a must in restaurants and cafes. The tips are expected as in upscale restaurants and cafes so in budgetary eating houses. An additional cash … Open

In the north-eastern part of the island, you'll find one of the oldest and most picturesque villages - Koronos. All its territory can be considered a unique architectural complex. The village has miniature houses with whitewashed walls that form a complex labyrinth of narrow and winding streets. The central Platsa square accommodates several traditional taverns. Also, guests of the village will have the opportunity … Open

The nearest suburbs of the city locate the monastery of the Saint John Chrysostom as well as an ancient church. These landmarks are considered to be the most significant religious objects of the city. The permanent symbol of the city is the Bazeos Castle of the 17th century which in the course of its long history has changed its status for many times. Till the beginning of the 19th century the castle served as a … Open

One of the main attractions is Zas (Zeus) Mountain, on which, according to Greek mythology, lived the god Zeus. In close proximity is located another architectural place of interest connected with ancient myths of Greece. It is Apollo Temple, which building was finished in the 6th century BC. Today only a part of the foundation and gates have remained from that magnificent building. Venetian fortress is the most … Open

Search touristic sights on the map of Naxos

Photogalleries of neighbours of Naxos