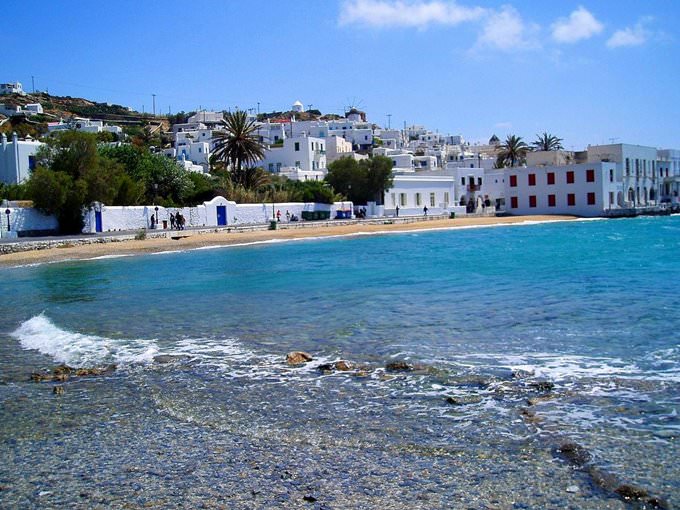 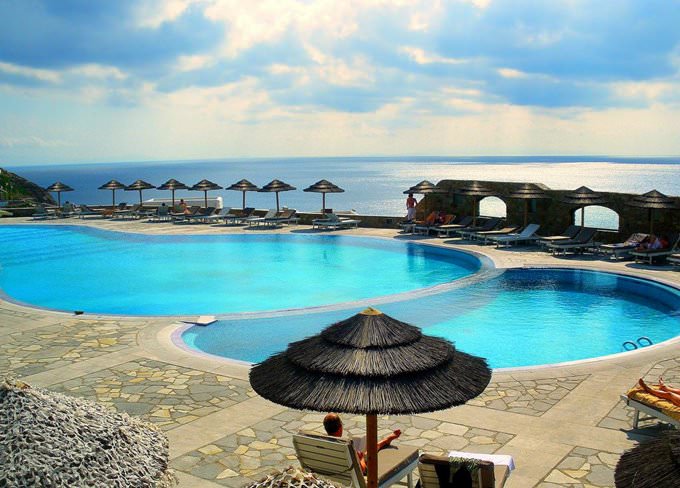 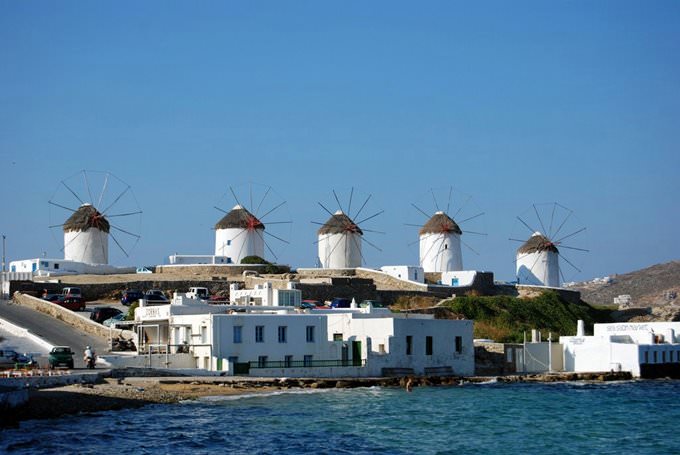 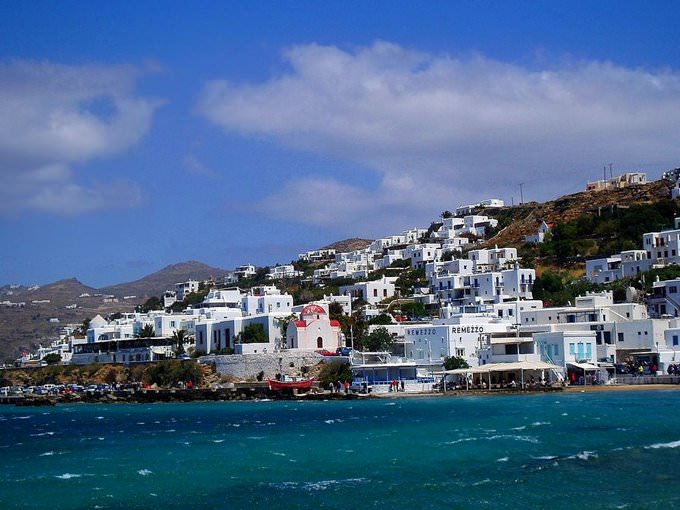 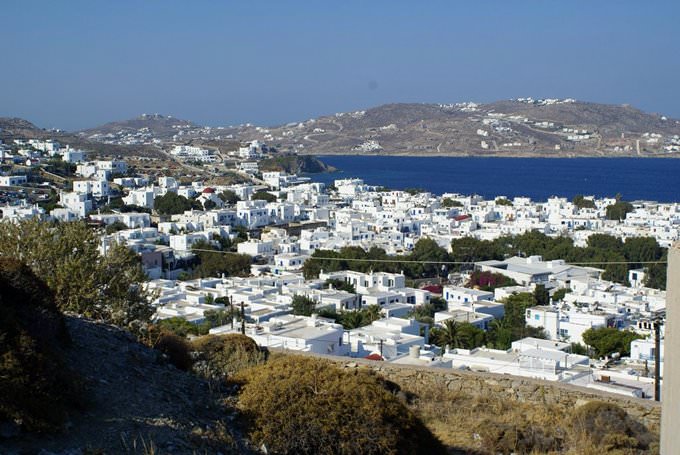 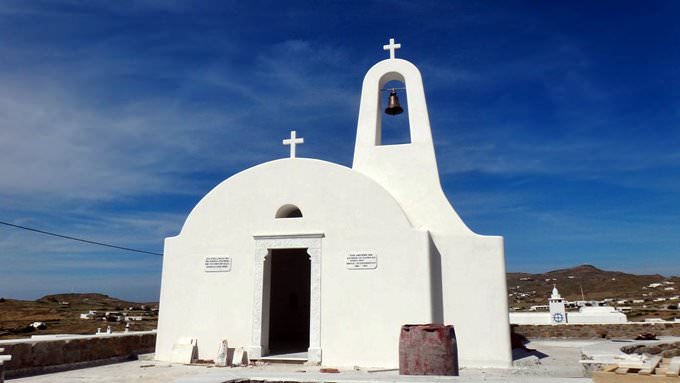 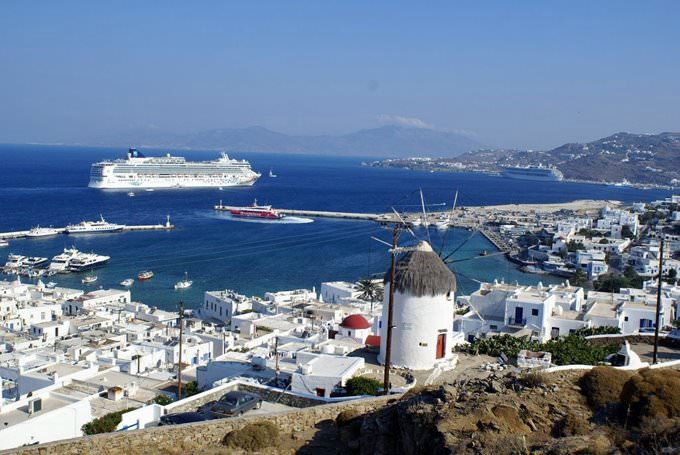 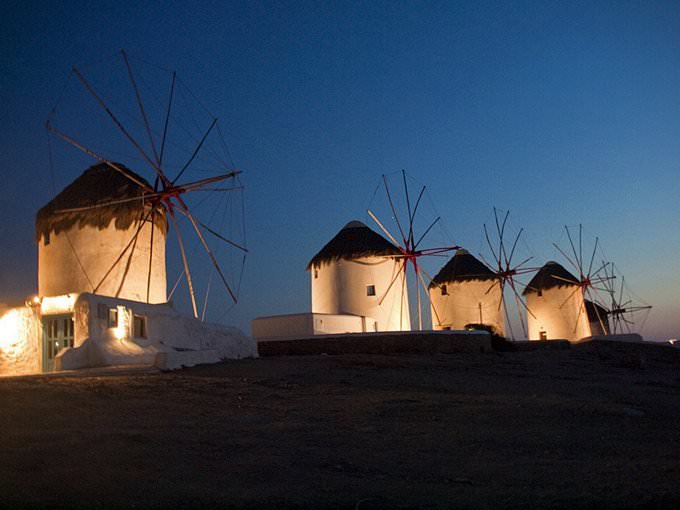 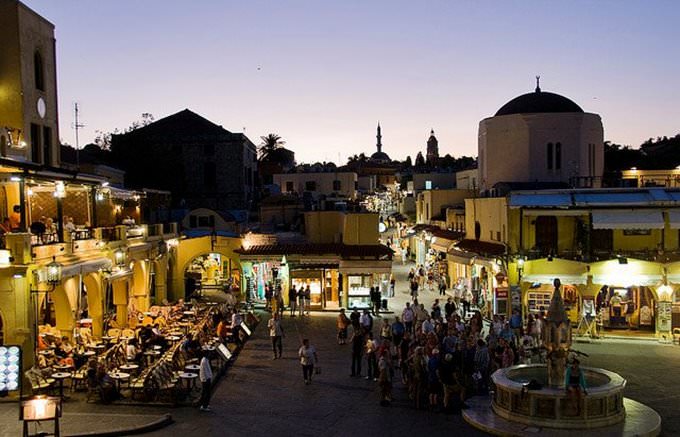 Chapters of the guide to Mykonos City

Agrari beach will be of great interest for those looking for more privacy and solitude. The beach features a quieter atmosphere and very few tourists. The beach area neighbors an excellent water attraction park. This area will be perfect for family recreation. Well equipped beach named Ornos is located near the island capital city. The beach is also deprived of entertaining centers. Its visitors may jet ski or surf, … Open

Restaurant visitors may try and taste house specialities and at the same time enjoy a breath taking view of flowerbeds surrounding the restaurant. Prudent tourists will love the Piccolo restaurant. Its main treats are still sandwiches and vegetable salads. The place is perfect for rest and recharging after long exhaustive tours through the city. Little visitors will get enthused with a variety of sweets and … Open

You can stroll through unique archaeological areas on the Island of Delos. Its area is quite small and is about 3.5 square kilometers. In ancient times, it was a sacred place. Here were located majestic temples, whose ruins were discovered by archaeologists. The island hosted the most significant religious events. Mykonos is not accidentally called the Island of the winds. Even in the Middle Ages, residents … Open

3. The island lacks taxis as well. In evening one can wait for a called by phone car for hours and catching a free car in the street is totally impossible. Tourists are recommended to think over the touring and entertainment plan in advance and in the evenings tourists should better set to the entertaining centers and restaurants which are set close to the hotel they stopped in. 4. The most … Open

Mykonos is rich in landmarks, the most significant of which are the archeological objects. The territories of some objects are still explored and researched by scientists and archeologists. Their inestimable discoveries travelers may observe in the Archaeological Museum which exposition is rather interesting and manifold. Among the exhibited showpieces one will find household items, jewelries made of precious metals … Open

Mykonos is a small island in the Aegean Sea. Due to large number of beautiful beaches and variety of entertainment programs this place has become a favorite destination for tourists from many different countries of the world. The island is full of contrasts as here you can see living houses painted in bright colors just next to modern buildings. While walking on the streets of Mykonos, you can find a huge number of … Open

Search touristic sights on the map of Mykonos City

Photogalleries of neighbours of Mykonos City