What are the most important landmarks to see first and foremost in Mannheim? Without a doubt, the original architecture of the city deserves the highest attention. Heilig Geist Kirche, Kunsthalle Mannheim, Planetarium Mannheim, Altes Rathaus, Christuskirche and many others – are the architectural landmarks that attract millions of tourists every year. Let’s visit Mannheim right now by making a virtual tour using our fantastic 3D flight simulator! Just start the video on this page and make a flight over the main sites of Mannheim, which are presented in a three-dimensional format. Besides that, our review includes interesting facts and colorful photos of every monument. 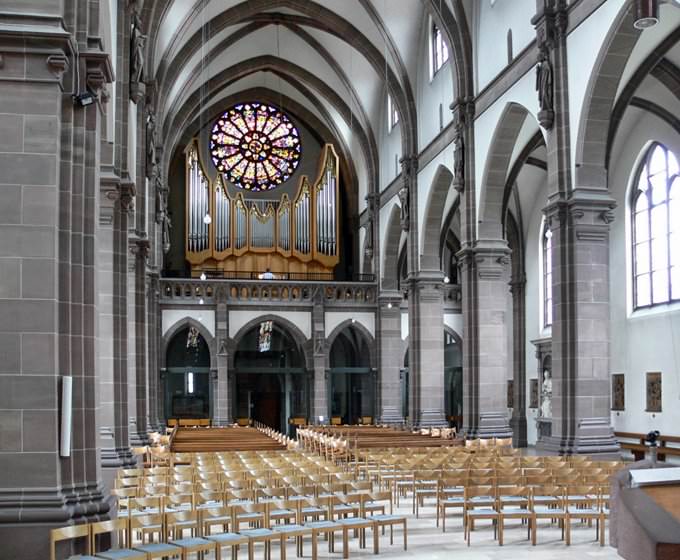 Facts:
» The Catholic church is neo-Gothic in style. The construction lasted from 1898 to 1903.
»  The need for the church arose due to a sharp increase in population. By 1900, there were about 8,000 Catholics in the city.
»  The first service was held in an unfinished building.
»  During World War II, the church was severely damaged: the peak of the bell tower was destroyed and the windows were broken.
»  In 1953, the building was restored. However, during the renovation, decorative frescoes were removed. They were considered ugly and supposedly spoiled the appearance.
»  Soon, a parish hall was created in the church.
»  Later a defect was found in the upper part of the church made of stone. The stones were replaced with concrete molds protected by light-red plastic. The new structure didn’t last long. 171 fragments had to be removed from stucco molding, which accounted for 80% of the outside decorations.
»  The exterior walls are faced with yellowish brick slabs which highlight the architectural details of red sandstone.
»  A 68-meter belfry is built on one of the sides of the church. There are six full-toned bells of a different register on it. 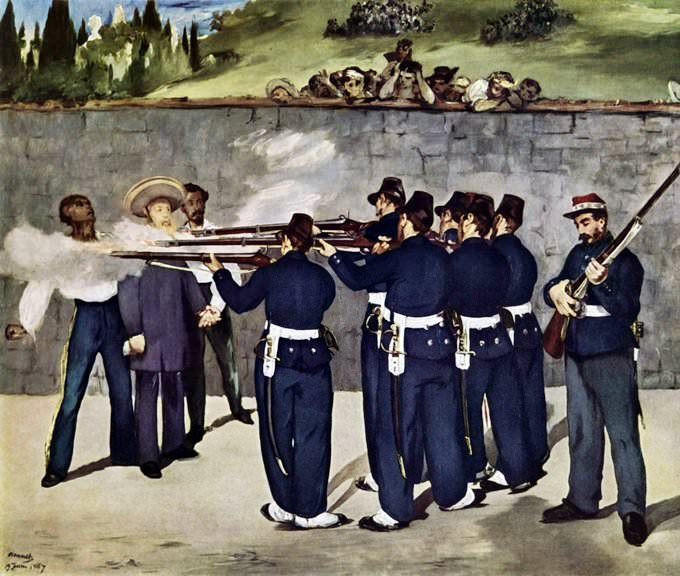 Facts:
» The Kunsthalle Mannheim is a museum of contemporary art located in Mannheim. It was founded in 1909.
»  The museum was built to commemorate the 300th anniversary of the municipality and kept for future creative exhibitions.
»  The art gallery contains paintings, pieces of graphic art, sculptures, and items of design handiwork. There’s a separate area with three-dimensional figures created by local craftsmen and architects.
»  All works are considered modern and date from the 19th-21st centuries.
»  About 1,000 statues and installations are on display in the exhibition hall. The graphics collection consists of 10,000 drawings, including watercolor sketches and metal prints.
»  The Kunsthalle Mannheim promotes various directions and schools, including the Impressionists.
»  There are works showing how global political and economic cataclysms influence the process of art creation.
»  Photo exhibitions are also popular among visitors. 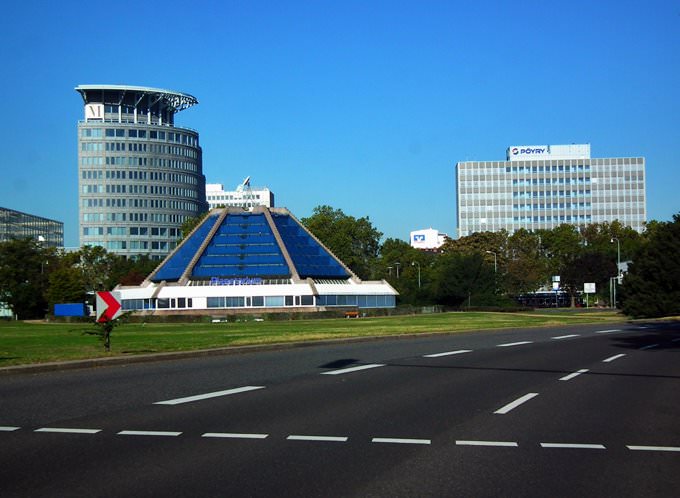 Facts:
» The planetarium was built in 1927.
»  It was damaged in the bombing of 1943. Thanks to the assistance of the physicist Heinz Haber, the present-day planetarium appeared.
»  In 2002, a display device costing 3 million euros was bought.
»  The projection sky screen is placed at a height of 20 meters.
»  280 people can simultaneously admire the starry sky. Sitting in the swivel chairs that also recline, visitors can go on an unusual tour around distant worlds.
»  Before the lecture begins, special equipment emerges from the floor. The Galaxy appears before the audience. Flickering planets become visible in the dark sky. The fiber-optic device shows 9,100 stars, each of which is well seen. It seems like the audience are immersed into the Universe.
»  In 2016, it was recorded that 115,000 spectators visited the planetarium.
»  The building is crowned with a six-corner tent.
»  A blue life-size predatory animal is installed before the entrance. Symbolically, the animal means the Leo constellation. If you throw a coin into the crack, the hole formed will show how the force of gravity acts in a black hole. You can see objects disappearing into nowhere. 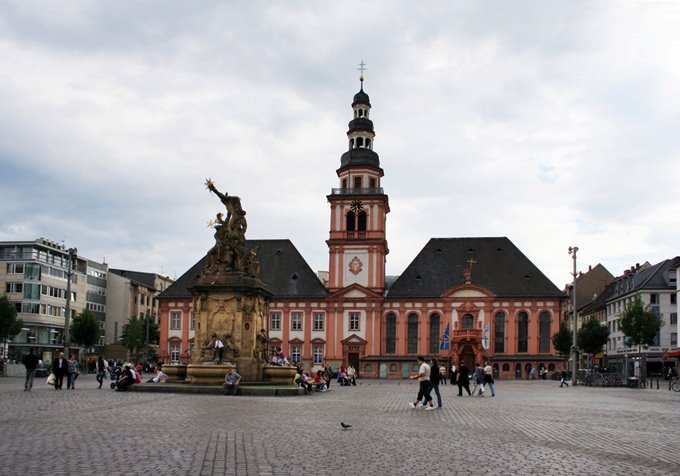 Facts:
» Two old buildings – the Old Town Hall (Altes Rathaus) and St. Sebastian’s Parish Church – form a double building (1701-1723). They were erected by order of the prince that ruled during that time. The first municipal council was held in 1705.
»  The construction combines both secular and church architecture. The neighboring location of the buildings allowed the members of the city government to enter the church without leaving the building and read prayers after meetings.
»  The old town hall is separated from the temple by a 57-meter tower. It is considered a historical sign of the settlement.
»  The facade has a text in Latin meaning “the truth and veneration of God.”
»  The belfry bells ring three times a day.
»  Inside, there is an altar with a sculpture of the Virgin Mary.
»  The church is named for a Roman legionary who did not betray the teachings of Christ and resigned himself to martyrdom. The emperor ordered that he be taken out of town, tied to a tree, and pierced with arrows. At the end of the 14th century, when the plague spread throughout Europe, the follower of Jesus was revered as a protector against the terrible infection.
»  The local government had been meeting here for 200 years. At the beginning of the 21st century, a new municipal building was erected.

Facts: » In the era of industrialization, the city became one of the country’s industrial centers which increased the population significantly. Thus, there arose a need to erect a new Protestant church. The monastery was constructed and consecrated in 1911. It took 4 years and 1.6 million marks to build it.
»  The pediment of the building is crowned with a sculpture of Jesus. The scene depicts Christ healing the sick. The words from the Gospel addressed to the afflicted are also engraved here.
»  The building has the main dome and four smaller copper ones. One bronze signal instrument weighs 5,820 kg. The current bells were cast in 1956. The old ones were melted during the Second World War to make arms.
»  Two-meter sculptures of the 12 disciples of the Son of God are installed on the tower.
»  Inside, there’s a 1.2-ton chandelier consisting of 60 bright objects. It is almost 9 meters in circumference.
»  The interior decoration of the church is entirely dedicated to the biography of the Anointed: relief images of Him next to the children, stained glass, drawings picturing the Resurrection of the Messiah, bas-reliefs with Christian preachers.
»  The inside part of the dome is decorated with patterned frescoes.

CONTINUE - PART II »»
This guide to architectural sightseeing in Mannheim is protected by the copyright law. You can re-publish this content with mandatory attribution: direct and active hyperlink to www.orangesmile.com.
Mannheim - guide chapters 1 2 3 4 5 6 7 8 9 10

Build your walking routes in Mannheim on the landmark map Architectural landmarks in the regions around Mannheim

Mainz
It’s truly impressive how architects of the first millennium were able to erect houses of great height and scale. The building is 116 meters long, and the tower is 83 meters high. It took more than 200 years to build the cathedral (975-1239), which was connected with the fire that destroyed the structure and looting during wars. The cathedral is faced with red sandstone which contrasts with the chapel built of light blocks. There are ... Open »
Frankfurt am Main
Europaturm – the radio and TV tower was built in five years in 1979. Its height was 331 m and then it was the highest in Germany. The diameter in the upper part was 59 m - this is a world record for such structures. The foundation of the tower lies at a depth of 18 meters. At the top of the tower there was a restaurant and a disco. After 1999, they were closed and visitors' access was prohibited. In 2004, the antenna was completely ... Open »
Stuttgart
The construction of the New Palace was initiated by Duke Charles Eugene of Württemberg who intended to turn Stuttgart into the French Versailles. It began to be built in 1746 by Italian architect Matteo Retti. Five years later, he was replaced by French architect Philippe de La Guêpière. It took a long time to erect the palace, and the construction was ceased several times. The building was completed in 1807 just by the arrival of Emperor Paul ... Open »
Strasbourg
The big limestone building impresses with a thoroughly designed pattern on the facade. The surface is decorated with multiple sculptures: fabulous beasts, apostles, rulers, secret symbols. Round windows are decorated with sophisticated ornaments. Paintings on stained glass windows depict Biblical scenes. Attention was given to each element. The history of the cathedral goes back to almost 1 000 years. Over the centuries, the Strasbourg ... Open »
Trier
The cathedral dates back to 320. The Roman warlord Constantine ordered to build a cathedral. The Empress sacrificed her palace for the construction. There are still its remains in the foundation. The Normans almost destroyed the building in 882. It started to be restored in 1196. Originally, the building was built in the Roman style. At the beginning of the 18th century, clergymen decided to add baroque elements to the ... Open »
OrangeSmile.com - online travel reservation expert providing reliable car rental and hotel booking services. We feature more than 25.000 destinations with 12.000 rental offices and 200.000 hotels worldwide.
Secure Server