Preparing your trip to Malmo: advices & hints - things to do and to obey 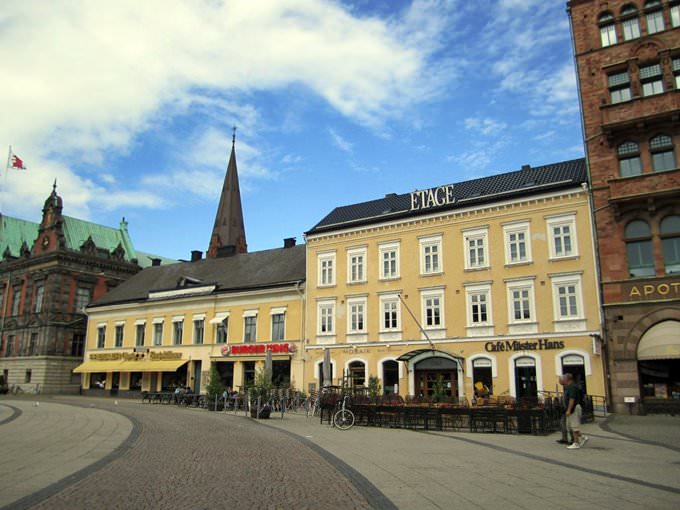 1. Banks offer the most profitable currency exchange rate and apply the lowest fee for transaction. Private currency exchange offices, located close to large shopping centers, charge a considerably higher fee. It should be noted that no documents are required for currency exchange.
2. Malmo has adopted the cashless transfers system. International credit cards are accepted almost in every large store, restaurant and hotel.
3. The system of public transport is presented with developed bus network by which one can reach not only any of the city districts but suburban areas as well. Apart from one trip tickets tobacco shops and news stalls are selling the travel passes for several days or for certain number of trips.
4. To rent a car one will need passport, international driving license and credit card with the limit enough to cover the rent. Drivers should keep in mind that considerable fines are applied for any road traffic offence.
5. Tourists aiming to spend much time on tours and cultural events should buy a welcome map of the city. It provides discounts for visiting museums and theaters as well as free trips in public transport. Welcome maps are sold in hotels and tourist information centers. Copyright www.orangesmile.com
6. One can call to another city or country from street call boxes. These call boxes accept special plastic cards. International toll service is also provided in post offices.
7. Local people are rather undemonstrative and not addicted to conversations with strange or little known people. However the city residents are always eager to help the tourists and show the way to the desired sight or landmark.
Guide to Malmo sightseeing - things to see and to visit
Malmo is not only an important port, but also the third largest city in Sweden, which is located on the south of the country in the picturesque region of Scania. Malmo is the capital of the …

Open
8. Gastronomy tourism fans should better visit the city in the Christmas Eve. Annually in the period from 1 to 23 December all the restaurants of local cuisine serve a magnificent buffet dinner Kuakebrod which presents the daintiest festive treats.
9. Small cash reward for waiters in the restaurants and cafes is welcome. This is considered to be a token of good courtesy. In the eating establishments of middle to luxury class one should give about 10 – 15% of total order sum. In the budgetary establishments tips of 5% will be quite enough.

Preparing your trip to Malmo: advices & hints - things to do and to obey You can re-publish this content with mandatory attribution: direct and active hyperlink to www.orangesmile.com.
Malmo - guide chapters 1 2 3 4 5 6 7 8

What to visit being in Malmo - unique sights Distance from Malmo center - 2.1 km.
The place of construction of the skyscraper has also been chosen by chance. A few years ago on the site of the building one could see a unique Kockumskranen crane. It was indispensable in the construction of ships and became a real symbol of the city. When in 2002 the construction company Burmeister & Wain went bankrupt, the crane was sold to Korea for a symbolic price - 1 dollar. The Turning Torso skyscraper that appeared in its place became a new symbol of the city and entered the number of the most incredible architectural constructions of our time. … Read further Distance from Malmo center - 28.3 km.
After the opening, the park was used for concerts and theater performances. This good tradition has been around for more than a century and a half. Tivoli Park also has some modern innovations. A few years ago the roller coaster 'Demon' was opened on the park territory. In the Tivoli Park is the highest carousel of the planet 'Star Flyer', whose cabins rise to the height of 80 meters. An excellent hall was built for the concerts, so the interesting performances in the park are held all year round. … Read further

Tips for the cities around Malmo

Copenhagen
3. The majority of restaurants in the city have the so-called "menu of the day", so guests have an opportunity to order best dishes and drinks for a reasonable price. 4. Those, who plan to attend various cultural institutions, are advised to purchase a special museum card. You can find out the address of the cards sale points from any guide or from hotel’s employees. ... Open »
Kristianstad
3. Several years ago, a new system of special barriers was built to protect the city and its surroundings against floods. They have not only protective function but also some other purposes. Thus, you can walk or even ride a bike on some of them. 4. Most of the festivals and interesting holidays in Kristianstad are held in the summer. The bulk of their programs is ... Open »
Odense
3. travelers visiting the city of Odense in the period from May till October will have a chance to take part in exciting cycling tours named Cycle-taxi tours which are held for tourists several times a week. Tourist information offices provide precise information on time and place of every tour. 4. The city is rather convenient to be explored by car as the main roads may be ... Open »
Rostock
3. The streets of the Rostock town are impossibly clean. Tourists should be attentive towards littering and look for specially allotted litter bins. Any breach of the peace in the city is charged with heavy fines. 4. Prudent tourists should go shopping to one of the largest supermarkets of the town as in this case prices will be more affordable and lower than on the market or ... Open »
Kolding
3. Beach lovers should take into account that the local beach is quite shallow. That is why in the summer it warms up well, being ideally suited for families with children. 4. Many shops along the coast offer holidaymakers not only traditional beach accessories. They also sell fishing tackles so these shops are very popular with locals. 5. The easiest way to get to ... Open »

Travelling to Malmo - advices and tips. What should be provisioned in advance, the rules you might want to follow, and the things you better avoid doing in Malmo. We help you to make your trip smooth and easy, with no unexpected surprises.