Let’s move further. The upcoming famous architecture monuments of Magdeburg that deserve to be mentioned are Kloster Unser Lieben Frauen, Altes Rathaus, Bordelandhalle, and Pauluskirche. An overview of interesting facts and a collection of photographs are available for each monument. In order to plan a route for your real-life sightseeing tour in Magdeburg, use our interactive map of sights in of Magdeburg that is available below this article. 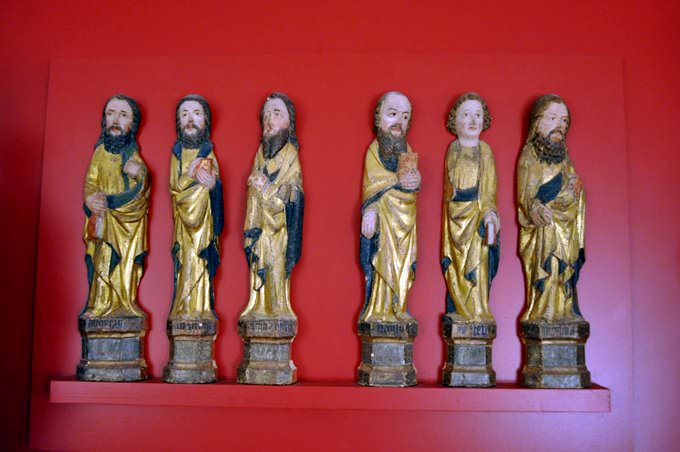 Facts:
» The monastery of the Blessed Virgin Mary located in the Old Town was built in 1015 as a token of gratitude to Heaven for salvation in the battle with a Slavic detachment.
»  Later a basilica with a three-aisle hall and a covered two-storey gallery were added to the main building.
»  In the 12th century, the monastery passed to the Order, whose members spread the teachings of Christ in the East. An underground vaulted room used by them has been preserved since then.
»  Nowadays, a museum of modern art and a concert hall used for public speaking are situated in the monastery. The fact that the works by contemporary artists found shelter in the old building attracts visitors here.
»  The monastery has a library. Some publications date from the 17th century. The monks’ annals containing information on theology and natural sciences are of particular interest.
»  In 2012, as part of renovation, 17 huge mirror panels were put onto one of the buildings. They were installed at different angles. The facade reflected in them creates a diverse visual experience.
»  There’s the Garden of Statues on the territory of the abbey. It has 44 installations. 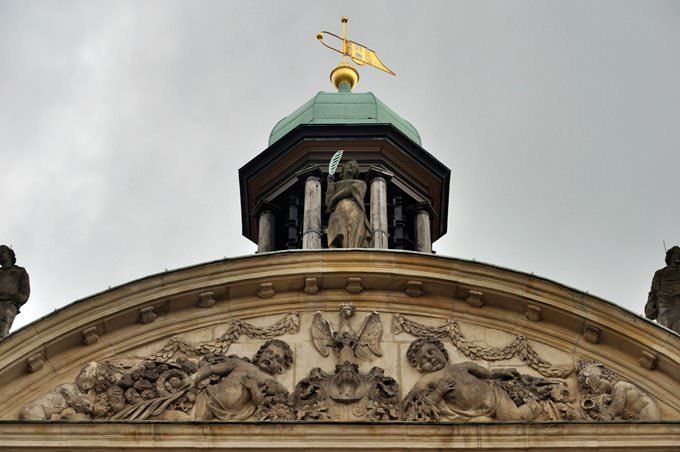 Facts:
» Over the centuries of its existence, the city hall has been destroyed and looted many times. Each subsequent restoration transformed the appearance of the building and changed its architectural style as well.
»  There are fragments of the wall panel preserved in the basement. In 1293, a gothic city hall building was erected on the remains of the foundation.
»  During the Thirty Years’ War, the construction was completely destroyed. After restoration, it was already a Renaissance building.
»  The cast copper entrance door is worthy of attention. It has pictures from the history of Magdeburg and images of famous residents on its panels.
»  In the 15-16th century, it became fashionable for government buildings and church belfries to have a multi-voice musical instrument consisting of at least 23 suspended bells. The carillon was installed on the roof of the city hall. The chimes were made to order by a Magdeburg caster. 47 bronze objects weigh 6,000 kg. The largest bell is 115 cm in diameter. The belfry is brought into action by one musician.
»  Nowadays, the City Hall is the headquarters of the local government.
»  There is a fountain in front of the city hall. 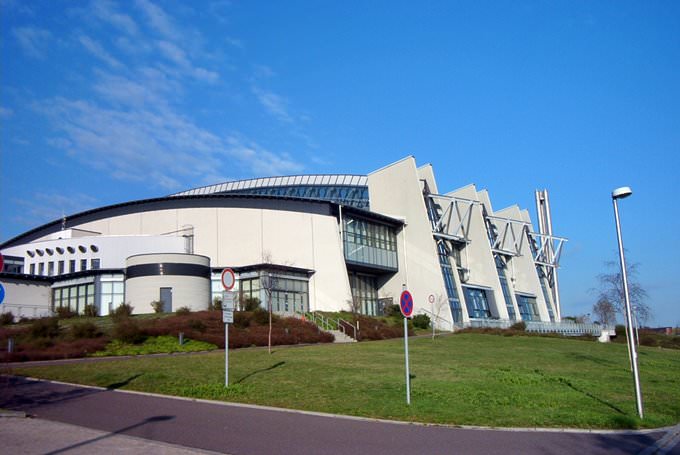 Facts:
» The sports complex was named Bördelandhalle until 2011. Its current name is the GETEC Arena.
»  The indoor sports ground can accommodate 8,071 spectators.
»  The Bördelandhalle is the home arena of the local handball team. Boxing tournaments are also held here.
»  The multifunctional complex was opened in 1997. It was considered one of the modern stadiums both in terms of design and infrastructure.
»  There’s a separate area for concerts. Musical productions, ballet performances, musicals, entertainment shows, and other cultural events take place on the stage.
»  The audience is delighted by the quality of the hall’s acoustics.
»  The large hall contains 7,000 seats.
»  There are also conference halls, a press centre, and a VIP hall as well as special training and recreation rooms for players.
»  The complex is equipped with everything necessary to make it easy for the disabled to get to any place.
»  The field used by handball players for training has been improved. Its area is 1,200 square metres. It is covered with special linoleum.

Facts: » The parish church was built in 1896.
»  As the population grew, the house of worship couldn’t accommodate all parishioners. The community needed a new building. The city council acquired 1,770 square metres’ land lot.
»  The construction of the church was put out to tender among architects. The budget amounted to 200,000 marks.
»  The plot had a triangular edge, therefore the church tower was moved to the north side.
»  The 65-metre square bell tower was crowned with an octagonal top. The facade is supported by granite columns placed along the walls. The wall panels are decorated with mosaics. The window openings have stained glass with biblical drawings. The dome and spire are covered with slate.
»  The inner vault consists of wooden partitions creating a pattern. The building is Gothic in style.
»  Sandstone was used for cladding.
»  The capacity of the church is 900 people.
»  The last renovation performed in 2002 cost 2.3 million euros. Pauluskirche is a Protestant church.
»  The church is named after Paul the Apostle, one of the followers of Christ’s gospel.
»  The building is surrounded by green space. Locals enjoy spending their leisure time here.

This guide to architecture monuments in Magdeburg is protected by the copyright law. You can re-publish this content with mandatory attribution: direct and active hyperlink to www.orangesmile.com.
Magdeburg - guide chapters 1 2 3 4 5 6 7 8 9 10

Plan your own tour over Magdeburg on the monuments map Search for architecture monuments of Magdeburg on the map

Tours through neighbours of Magdeburg