«« BEGINNING - PART I
Video of flights over top monuments of London in HD format.
Use 'Full Screen' mode.
Buckingham Palace, Westminster Abbey, London Eye, Royal Albert Hall, Royal Courts of Justice, Millennium Dome, and Lambeth Palace are the main candidates that compete for the title of the major architectural symbol of London. Just like in the first part of the guide, you can watch each monument by viewing its colorful 3D model in the London flyover video on the left. Don’t forget to access our photo gallery and an overview of interesting facts regarding every monument. The map of the most important architecture sights of London (located below this guide) will help you to create your own sightseeing tour through London. 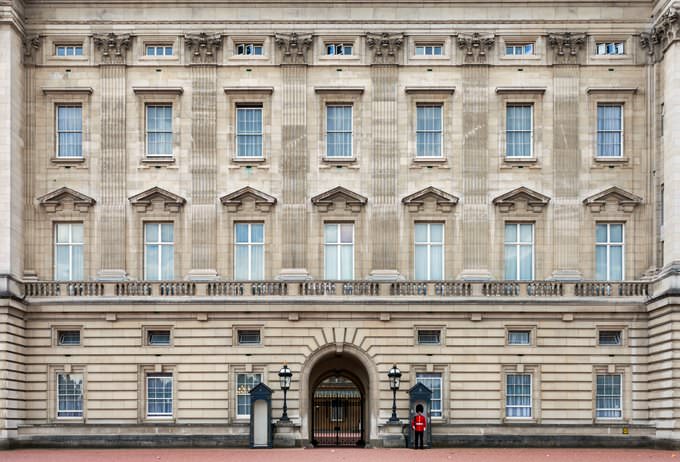 Facts:
» Any traveler can take direct part in receptions, dinners and banquets in the royal garden at Buckingham Palace.
» Walk-in days tradition appeared in the official residence of British monarchs due to lack of funds. In 1992, fire has damaged Windsor Castle, so money for its restoration was needed.
» During a visit to Buckingham Palace, just 19 rooms can be seen. The Throne, Ballroom and Banquet Hall, Music Room and Art Gallery are among them.
» The special flag is hung above the main facade of the building; it announces the presence of the Queen in the palace.
» Buckingham Palace consists of 775 rooms. The royal and guest quarters occupy 52 of them, 19 rooms are aimed at state servants, 188 chambers are reserved for staff, 92 - for offices, and 72 are bathrooms.
» The territory of Buckingham Palace has its own post office, police station, hospital, swimming pool, and cinema. The Palace houses the royal collection of works by Rubens, Rembrandt and other artists. 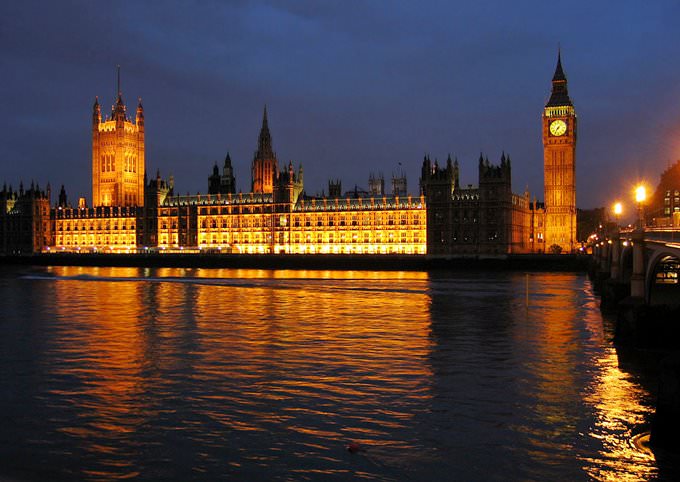 Facts:
» The main purpose of Westminster Abbey is coronation and burial vault of ruling monarchs. The building features a special cross shape.
» Westminster Abbey is a huge necropolis, where the most famous people of England were buried. It has more than 3,300 graves. Here lie the remains of Charles Dickens, Isaac Newton, William Shakespeare, Winston Churchill, Lord Byron, Princess Diana and many other prominent English people.
» In 1953, coronation of Queen Elizabeth II, the current Queen of England, has taken place in Westminster Abbey.
»  Today that’s the active church. It ministers and holds the liturgy; the west wing serves for royal weddings, but there are also concerts of religious and secular music.
» On April 29, 2011 the wedding of Prince William and Catherine Middleton was held at Westminster Abbey. 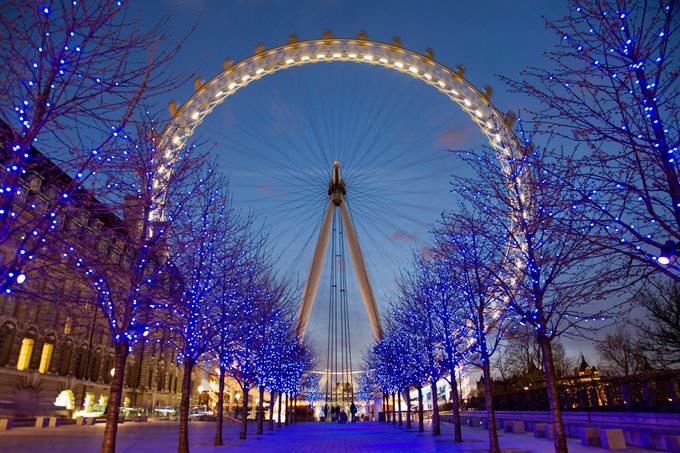 Facts:
» Ferris wheel called the London Eye is the tallest in Europe. Its height is 135 meters, and the diameter of the wheel is 120 meters.
» There are 32 closed air-conditioned cabins, each accommodating up to 25 people; the cabin moves at a speed of 0.9 km per hour, allowing climbing and descending back to the heights in 30 minutes. This Ferris wheel offers spectacular views of London and the surrounding area to a distance of 40 kilometers in all directions.
» The number of cabins was chosen not by chance. Each capsule emblemize one of the areas of London; as you might know, there are 32 of them.
» Official ceremony of the London Eye opening was performed as on 31 December 1999; that’s why it’s called the Millennium Wheel.
» Initially, it was planned to install a Ferris wheel only for 5 years, until 2005, but unexpected popularity acquired by the construction has made to revise.
» At New Year's Eve, the London Eye gives another unforgettable sight - all the giant wheel explodes in lights of fireworks. Fiery presentation lasts for 10 minutes! 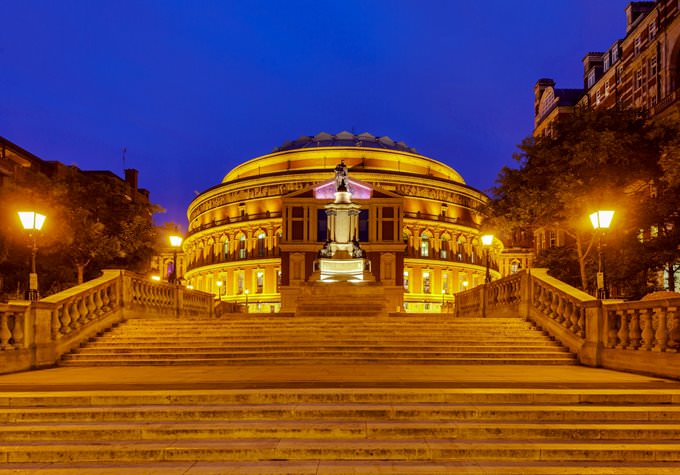 Facts:
» Albert Hall is one of the most prestigious concert halls in the UK and around the world.
» At the opening of the hall Queen Victoria was touched so much that she couldn’t utter a word, so Prince Edward addressed the people himself, telling, “The Queen declares this Hall open.”
» Albert Hall was used for shooting Alfred Hitchcock's The Man Who Knew Too Much.
» Every year there are more than 350 performances including classical, rock and pop concerts, ballet and opera, award ceremonies, school and community events, charity events and dinner parties. At various times the Royal Albert Hall has hosted The Beatles, The Who, Led Zeppelin, Jimi Hendrix, Pink Floyd, ABBA and others.
» During the first concerts in the Royal Albert Hall there was detected an engineering error that made echo to repeat many times under the dome. Later the problem was solved by installing fiberglass panels to dissipate sound, which, due to their shape, were nicknamed as ‘flying saucers’ or ‘mushrooms’. 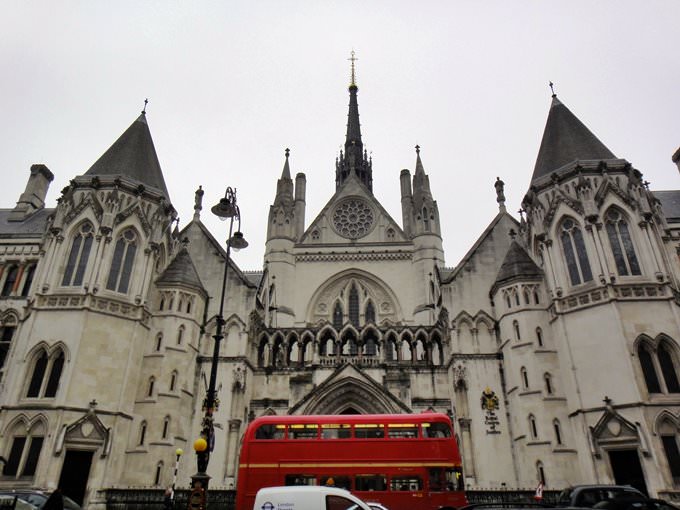 Facts:
» Royal Courts of Justice is the last and the largest Gothic building in London. It was opened by Queen Victoria in 1882.
» This court held proceedings in civil cases; divorce of Sir Paul McCartney was held there.
» As the other sights of London, the Royal Court is interesting for its magnificent architecture and interiors. Anyone can see all 88 courtrooms unattended, but if you interrupt the meeting, you would receive a reprimand from the judge.
» The Royal Court has a museum, in which visitors can admire the collection of costumes representing different types of clothes and wigs worn by judges in different periods. Admission is free.
» Royal Courts of Justice stand on the site of the infamous Newgate Prison. At the beginning of each session and on solemn occasions judges still wear bunches of fragrant herbs and flowers in memory of the stench and diseases of the old prison. 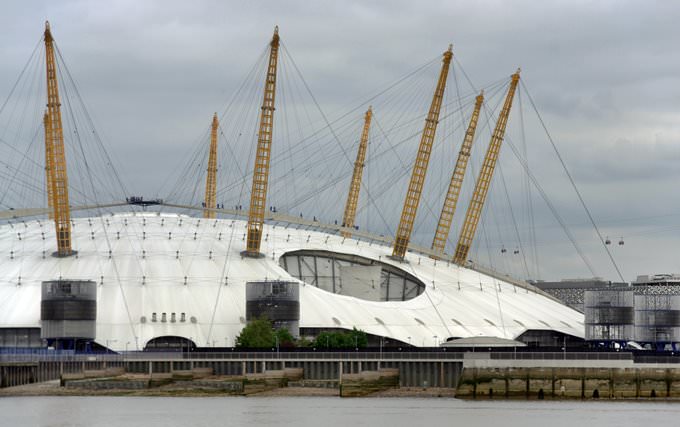 Facts:
» Astronauts say that only two buildings are clearly seen from space, the Great Wall of China and the Millennium Dome in London.
» The Millennium Dome is the round structure built in Greenwich near the prime meridian, which gives start to the geographic coordinates of the Earth. The construction of the dome was conceived by Vice Prime Minister of Great Britain, in 1995.
» The Millennium Dome is the hugest building in the world. The length of the circumference is about 1km away; the dome area is about 8 hectares.
» The diameter of the dome is 365 meters making reference to the number of days in the year.
» Twelve hundred-meter towers are supporting the roof, which coincides with the number of months in the calendar.
» Today the Millennium Dome has become a huge entertainment area. A museum, some restaurants and cinemas are conveniently located under its roof; it also hosts sports and cultural events of global importance. 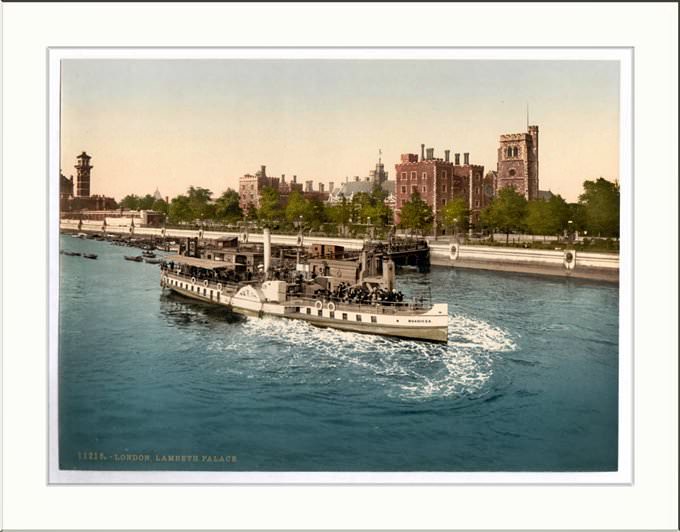 Facts:
» Lambeth Palace is the London residence of the Archbishop of Canterbury.
» The only chapel has survived out those times.
» During the English Revolution, Lollards’ Tower has served as a prison for dissidents.
» The palace was rebuilt after the revolution following the archaic trends with gothic elements.
» Lambeth Palace is located on the south side of the Thames.
» Throughout its history the palace was under siege by Tyler, served as a prison and as a result, was almost completely destroyed.

Plan your own tour over London on the monuments map Search for architecture monuments of London on the map

Tours through neighbours of London