Video of flights over top monuments of Istanbul in HD format.
Use 'Full Screen' mode.
Our suggestion on the way to observe the most important architectural landmarks of Istanbul is very simple – fly, read, watch. Thanks to our original 3D technology of flying over cities, you will be able to “visit” (see the video) and watch the most important architectural landmarks of the city - Hagia Sophia, Suleymaniye Mosque, Galata Tower, Maiden Tower, New Mosque and many others. We have carefully selected the supplementary information for each of them, including interesting historical facts and a collection of photographs. Additionally, we have placed all main sights on the map of Istanbul below, since this information can be useful when you plan your walking routes in Istanbul. 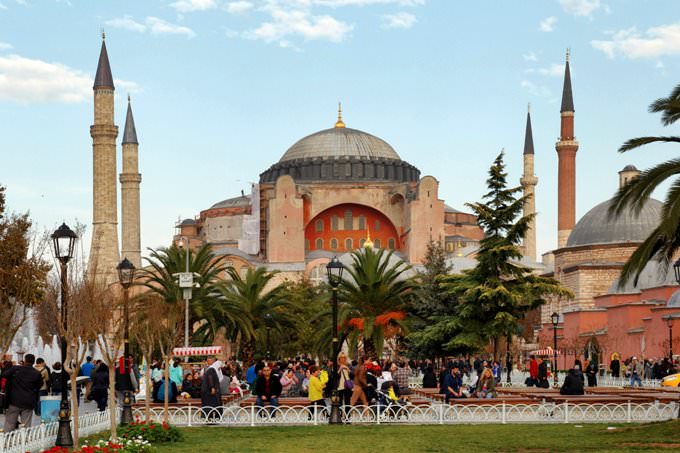 Facts:
» The name of the cathedral comes from the Greek word ‘sophia’ that means ‘knowledge’ and ‘wisdom’.
» Before looting Constantinople by the Crusaders in 1204, the Shroud of Turin was kept in the Hagia Sophia.
» There is the famous Crying Column in the Cathedral of St. Sophia; it’s believed that you can fulfill your wishes after touching it.
» For more than a thousand years St. Sophia Cathedral in Constantinople has remained the largest church in Christendom.
» Throughout its history, the Hagia Sophia suffered from earthquakes seven times. Every time after the destruction it was carefully restored. 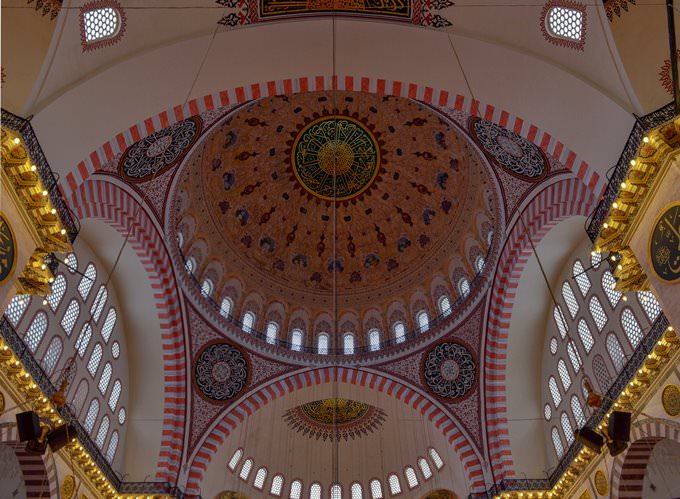 Facts:
» While constructing this mosque, architect Sinan uttered the famous phrase, "The mosque will stand for eternity."
» Lamps in the mosque are made of ostrich eggs. They became home to a huge family of spiders, which are bred because of herbs, incense and spices in an oil lamp.
» There are many legends associated with the Suleymaniye Mosque. It’s said that a piece of black stone of the Kaaba was placed inside its dome. According to another legend, gems could be found in the minarets of Suleymaniye. Persian Shah has sent gems as a sponsorship to build the mosque; those were meant to gode Sultan Suleiman. The Sultan in anger has ordered to lay these treasures in the masonry of one of the minarets.
» Previously Suleymaniye Mosque in Istanbul was not only a religious institution, as there were hospital, madrassa, shelter, baths, and a caravanserai.
» Suleymaniye Mosque also houses the tomb of Suleyman the Magnificent and his wife Roxelana. 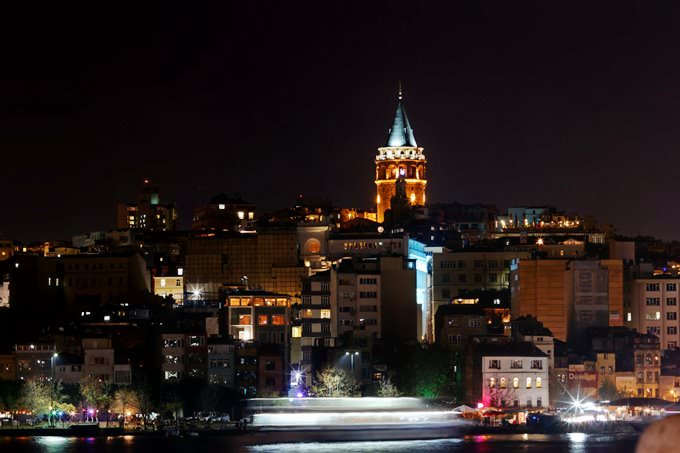 Facts:
» Galata Tower was built in the mid-14th century. Then, it had a different name, the Tower of Christ, and its structure was designed to perpetuate the expansion of the Genoese colony of Constantinople.
» During the reign of Sultan Selim II, Galata Tower was used as an observatory tower.
» Since 1874, it was used as a watchtower. The tower, which was called Big Bastion by the Byzantines, and the Tower of Jesus by the Genoese, has changed its appearance several times during Ottoman era.
» On the seventh floor, you can see the relief image of Hazerfena Ahmet Celebi. He was the first person who managed to fly using homemade wings.
» Galata Tower provides the best view of the Golden Horn, the historic peninsula, the Bosphorus and the Asian coast. 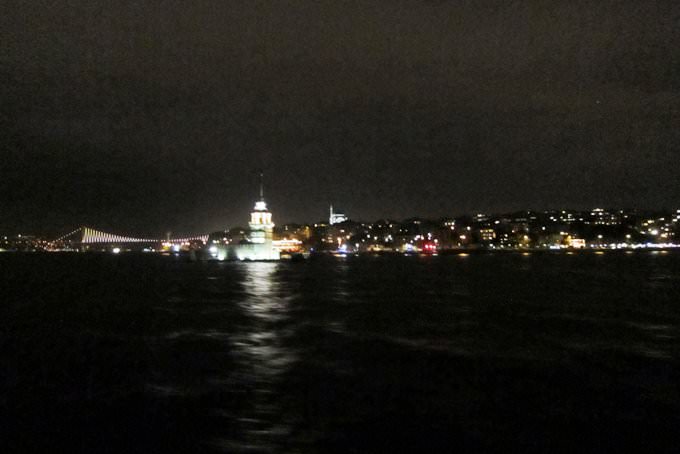 Facts:
» Maiden's Tower in Istanbul was built on the rocks and covered with legends. One legend says that the seer foresaw the death of Sultan’s beloved daughter on her 18th birthday. The Sultan immediately ordered the construction of the tower, as he wanted to protect his daughter. Once the building was ready, the girl was settled to live in the tower. In the eighteenth birthday a basket of fruit was sent to the Sultan's daughter. There was a poisonous snake that bit the girl, so she died.
» Maiden's Tower of Istanbul can be seen on 10 lira bill of 1966-1981 years.
» Earlier the Maiden’s Tower was a prison, but today there is a restaurant.
» There are several versions describing construction of the tower. According to one version, the Maiden’s Tower was built by order of the Athenian general Alcibiades to control the advent of the Persian ships in the Bosphorus Strait. According to other, the tower was built during the reign of Emperor Constantine the Great as a watchtower.
» After the capture of the city by the Ottomans, it was decided to build a lighthouse in the tower facing the Sea of Marmara. 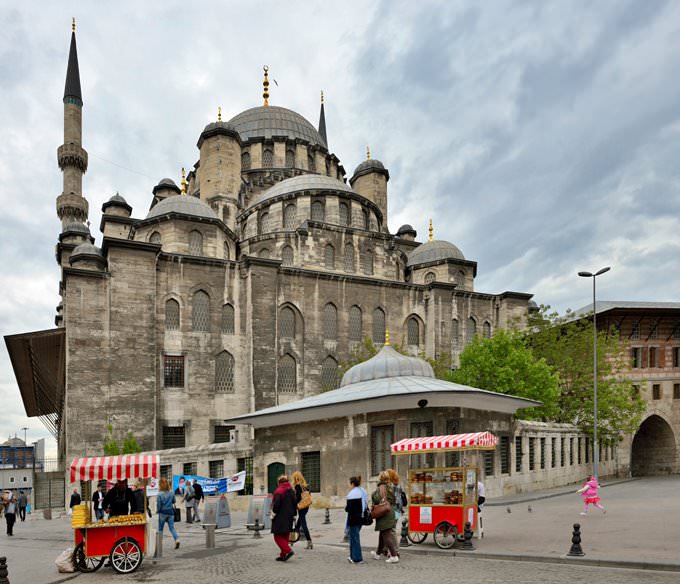 Facts:
» The New Mosque is one of the biggest mosques of Istanbul.
» The mosque is decorated with 66 domes and two minarets. The height of the main dome is 36 meters.
» Minaret’s height is 52 meters.
» The New Mosque is well lit and decorated with colorful stained glass windows.
» The mosque has a monumental courtyard in the center of which there is an elegant fountain for religious ablutions. The gallery is built around the courtyard. 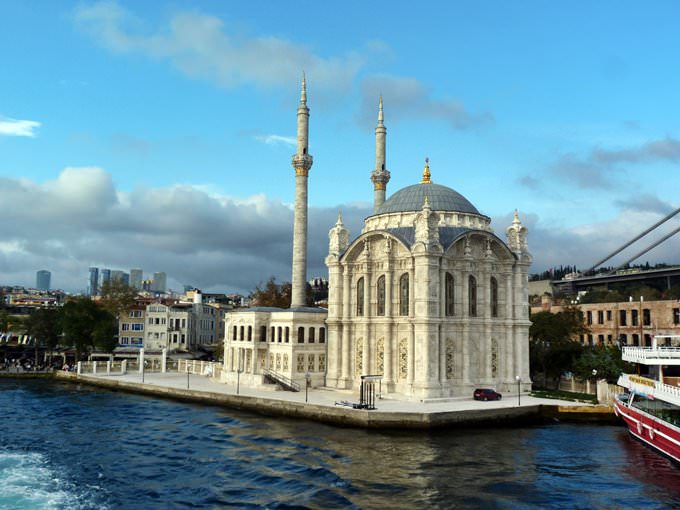 Facts:
» Ortakoy Mosque is the stunning mosque in the amazing city of Istanbul. Officially, the mosque is known as the Great Mosque Mecidiye.
» Padishahs swam in boats to participate in namaz at Ortakoy.
»  The mosque is located on the cape called by the Byzantines the Key to the Bosphorus.
» Ortakoy Mosque consists of the harem of the Sultan and the personal space. The prayer niche is made of marble and mosaics. One of the features of this mosque is its high and wide windows that let in plenty of sunlight reflected by waters of the Bosphorus, creating a magnificent effect.
» The area adjacent to the mosque had a rather dubious reputation, as frivolous people have lived there.

Build your walking routes in Istanbul on the landmark map

Architectural landmarks in the regions around Istanbul

Bucharest
The Palace of the Parliament was built at the time of the Socialist Republic of Romania. It is one of the most famous architectural monument in Bucharest. The Palace is considered as the biggest civil and administrative building in the world and the largest parliament building. The total area of the Palace is 270x240 m. The building is 86 m high. The underground part of the Palace is at a depth of 92 m. In the building, there are 1 100 ... Open »
Sofia
The St. Alexander Nevsky Cathedral is a cathedral dedicated to Russian soldiers who freed Bulgaria of the Turkish yoke. The cathedral was built by patriots of Bessarabia, Dobrudzha, Austria, and Russia. In 1882, the first stone was laid. The construction lasted from 1904 to 1912. It had been named after Saint Cyrill and Methodius until 1920. The cathedral was declared a cultural monument only in 1924. The building was designed by Russian ... Open »
Thessaloniki
The White Tower is located on a waterfront. It has a museum now. There are multimedia exhibitions with illustrations and sound design. There used to be an outpost here. It dated back to the 12th century. Later, Turks fortified the building for it to protect the harbor. The Ottoman rulers dealt with undesirables here. Kuli Blanka resembles a cylinder, is 34 meters high and 23 meters in diameter. Having studied the history of ... Open »
Athens
Parthenon is the main temple in the ancient city of Athens, which was dedicated to the patroness of the city, the goddess Athena. The Parthenon is located in the Athenian Acropolis. The temple was built in the years 447-438 BC. Today the temple is in dilapidated condition, but there is ongoing restoration work. Although the temple seems perfectly square-cut, there are almost no straight lines in its contour, and the columns of the temple ... Open »
Yalta
There is a palace on the steep 40-meter cliff. Originally, it was a single-storey building. It was located at the edge of the rock. The first owner was the General in 1878. Late, the stone building was built when the landlord changed. You can see it on the cards of the early 20 century. The 12-meter building withstood the earthquake in 1927. It was refurbished completely only in the late 60s. The foundation of the Swallow Nest hanging ... Open »
OrangeSmile.com - online travel reservation expert providing reliable car rental and hotel booking services. We feature more than 25.000 destinations with 12.000 rental offices and 200.000 hotels worldwide.
Secure Server