Preparing your trip to Hannover: advices & hints - things to do and to obey 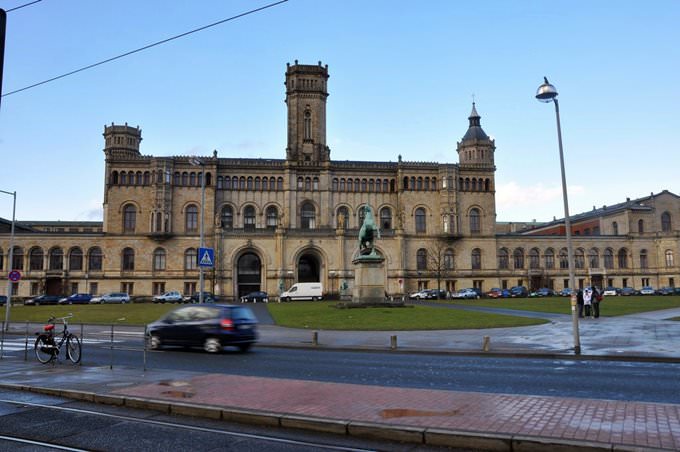 1. Buses remain the most optimal type of public transportation. All buses ply in accordance with a strict schedule. There are two types of fares of public transport – a day and a night ones. The last one is valid from 24:00 to 5:00 and is approximately 50% higher comparing to the daytime fare.
2. The best place to catch a taxi is at a special parking lot. You can also order a taxi by phone. Catching a car on the road is rather hard. Despite the fact that all taxis are equipped with meters, it is better to negotiate the price of a ride in advance.
3. The most favorable time to arrive in Hannover is between May and October. At this time of year the city is distinguished by the most favorable weather, so nothing will break your recreation program.
4. Savvy travelers are recommended to visit eating facilities located near Raschplatz Square. Numerous bistros and cafes located there offer a rich choice of dishes at very attractive prices. There are also several low-cost restaurants in the territory of Markthalle market.
5. Georgstrasse is the best place to find memorable souvenirs. It is famous not only for its souvenir shops, but also for its antique shops. Bargaining is not common here and is unlikely to bring you a big discount on goods. However, if a seller feels sympathy for a buyer, he may make a gift in addition to a purchase. Copyright www.orangesmile.com
6. The locals are very friendly and are always ready to help foreign tourists. In order to win respect among the local residents tourists are advised to learn several phrases in German. This will certainly help to make the locals even friendlier and show respect for local traditions.
7. When you’re about to make a visit to a house of local people, make sure you have prepared small gifts for hosts. You can present even modest gifts, such as flowers or good wine.
Cultural vacation in Hannover - fantastic architecture and monuments
New Town Hall, Opernhaus, Hannover Congress Centrum, Norddeutsche Landesbank, as well as many others, they all become the world's cultural heritage objects and remain as iconic monuments for Hannover …

Open
8. According to the local rules of etiquette, making phone calls after 21:00 is prohibited. However, morning calls are very usual here, so you are free to call from 7 o'clock in the morning.
9. You should be quiet on the streets and in public places of the city. Any violation of public order, whether it is just a loud cheer or active gestures, can be considered as a sign of bad education.
10. Don’t forget to refer your new acquaintances by the last name only. When you tell your name for the first time, you must always tell your last name, or you can put your interlocutor in an awkward situation.
11. Local people are very punctual, so do your best not to be late for meetings. It should be noted that there are always big traffic jams in the evening on the main streets of the city, so it is better to leave earlier for important meetings.

What to visit being in Hannover - unique sights Distance from Hannover center - 54.8 km.
It calls people to behave more attentively to the ruthless animals. For several years, the hereditary cats are a difficult problem for many German cities. The monument in Braunschweig is remarkable not only for its realism and its symbolic significance. Cat bellows are among the monuments with the largest number of animals represented. Only the most attentive people can correctly count the number of bronze cats that have settled on the stele. … Read further Distance from Hannover center - 0.5 km.
The non-standard twisted form of the building has initially had an important functional significance. For the construction of the office building a relatively small area has been allocated. Its twisted form allowed to maximize the available space for office equipment. Construction of the building began in 1999 and lasted less than two years, the office center was commissioned in June 2001. … Read further

Tips for the cities around Hannover

Celle
2. The city has an excellent public transport system; all districts can be easily reached by bus. It is recommended to explore Celle's Old Town on foot, as beautiful historical buildings are located at every turn. It is also worth considering that a number of streets of the historic district are closed to vehicles. 3. The most profitable way to call other city or country is ... Open »
Lemgo
2. Many old streets and squares are paved with cobblestones. Comfortable sports shoes might be needed for comfortable walks. 3. Active tourists should think about renting a car. In the vicinity of the city, there are many interesting natural attractions, reserves and sports centers, which are not always easily accessible by public transport. 4. Although Lemgo began to ... Open »
Wolfsburg
2. In large shopping malls, gas stations, and restaurants, you can pay with international credit cards. Cash will be useful to those who are planning to visit small gastronomic establishments and open-air markets. It is worth noting that banknotes with denominations higher than 50 euros are not common, and in some places, they may not even be accepted for fear of fakes. ... Open »
Bielefeld
2. Tourists, who plan to travel a lot and visit different excursions, should consider buying «WelcomeCard». It entitles its owner to free public transport access and a 50% discount for tickets to museums, theatres, and other cultural venues. 3. In Bielefeld, there are quite many offices that offer car rental. In order to be eligible for that, tourists need to have ... Open »
Bremen
2. On Sundays the square in front of Church of Our Lady becomes the venue for free concerts of Bremen Musicians. 3. Fans of gastronomic tourism should not forget to visit Ratskeller restaurant, which is located in the building of City Hall. Here you can try all best national dishes at very reasonable prices. 4. The majority of banks and government agencies work from ... Open »

Travelling to Hannover - advices and tips. What should be provisioned in advance, the rules you might want to follow, and the things you better avoid doing in Hannover. We help you to make your trip smooth and easy, with no unexpected surprises.