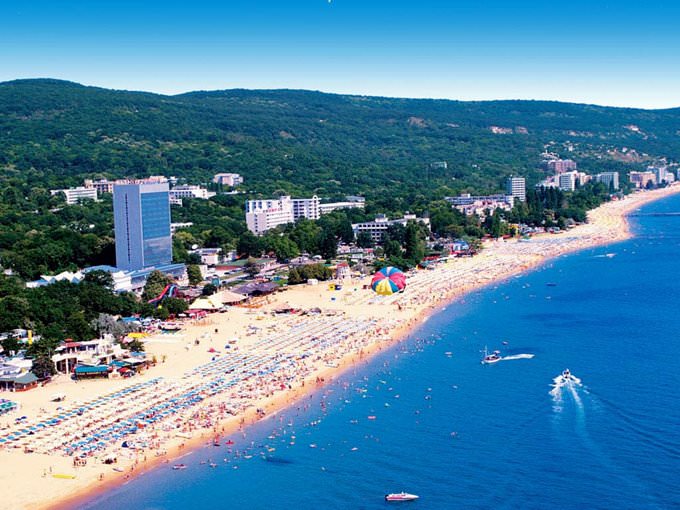 A true diamond of the Black Sea coast, Golden Sands traditionally attract numerous tourists because of its beneficial location, clean environment, and mineral springs. That is why locals are accustomed to a big number of guests and are always ready to help tourists. Moreover, different nations have mixed in this region since prehistoric times. There is a beautiful legend about the appearance of the resort. According to it, pirates dug a treasure to the north of Varna. That gold slowly turned into dust and then incredibly clean and beautiful sand. Bulgarians decided to name the area correspondingly and turned Golden Sands into the biggest resort in northern Bulgaria.
Guide to Golden Sands sightseeing - things to see and to visit
This is a popular and attractive beach resort that is located not far away from Varna. The resort has got its name from a nationally famous park “Golden Sands”, on the territory of which …

Open
Local people are very communicative. They can easily talk on different subjects and like talking in general. They are also distinguished by a somewhat relaxed temper that people from northern countries may mistake for lack of commitment. That said, locals are definitely not irresponsible. If they promise something, they will surely do that. Besides that, locals try not to make promises if they are not sure they can accomplish them. Friendliness and openness are also typical features of local people. Locals are charming, so tourists are usually very pleased to communicate with them.
Family is the biggest treasure for every local. Big families are not rare in the country. Kids are cherished, and elders are always respected. Family arguments are very rare in Bulgaria. Local people are very upset about quarrels, so they try to compromise in order to escape them. It is also important to mention that local people always free seats in public transport for elder people. That is one more sign of respect. Copyright www.orangesmile.com
Cuisine of Golden Sands for gourmet with top restaurants and cafe
During their rest travelers traditionally prefer restaurants of the national cuisine. This is totally not surprising because resisting delicious Bulgarian treats is simply impossible. First …

Open
Tourists who can speak English will have no communication problems at the resort. Staff in hotels and shops usually knows English. It might be, however, hard to understand elderly people. Among local specialties, don’t forget to try Shkembe Chorba (tripe soup with milk, oil, paprika, and spices), Tarator (cold milk soup with cucumbers, walnuts, garlic, and fennel), Kofta (meatloaf dish with spices), Shishi Kebab (kebab with red pepper and onion), and Crème Caramel (dessert containing fresh milk, eggs, and caramelized sugar). 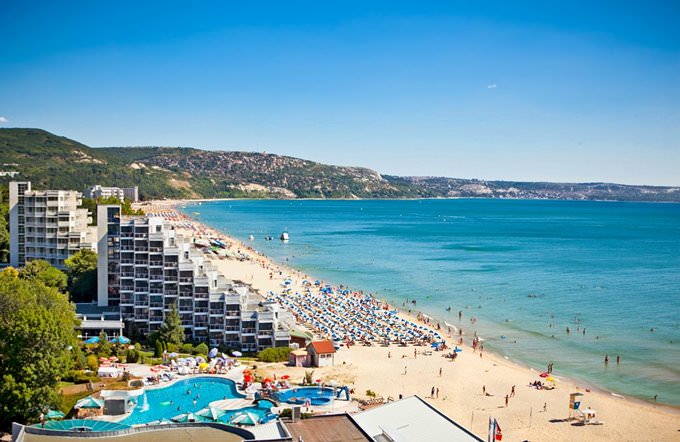 As Bulgaria is an Orthodox county, religious holidays are very important and are always celebrated. Golden Sands is no exception. Badni Vecher (Christmas Eve), Koliada (Christmas Day), and Velikden (Easter) are the most important holidays at the resort town. For example, on Christmas Eve locals put an odd number of non-vegetarian dishes. They also necessarily make a special round-shaped bread loaf with a coin inside. According to a tradition, the bread is torn into chunks and a person who gets the coin is believed to be lucky the whole year.
OrangeSmile.com recommends best hotels in Golden Sands Kristal Hotel - All inclusive , Rating 8,1
Excursion over cultural sights of Golden Sands - 'must visit' points of interest
Golden Sands is an internationally famous beach resort. In addition to a variety of entertainment this place offers tourists to enjoy exciting sightseeing to various historical sites. Holy …

Open
Koliada or Christmas is the holiday, during which locals put on the national dress and move from one house to another, wishing all the best to hosts. For the New Year celebration, locals traditionally cook Banitsa – a pie made of flaky dough. During the cooking process, a coin is put into the pie. The whole ritual is similar to the Christmas Eve tradition with bread. As a part of the New Year celebrations, young people visit houses in their neighborhood holding survachki – branches of cornelian cherry. In accordance with an old tradition, the youth smack the hosts’ backs slightly with survachki and wish all the best. On Velikden or Easter, the first colored egg is put aside. Then the oldest woman in the house draws crosses on the foreheads of all children in the family and puts the egg in front of an icon. 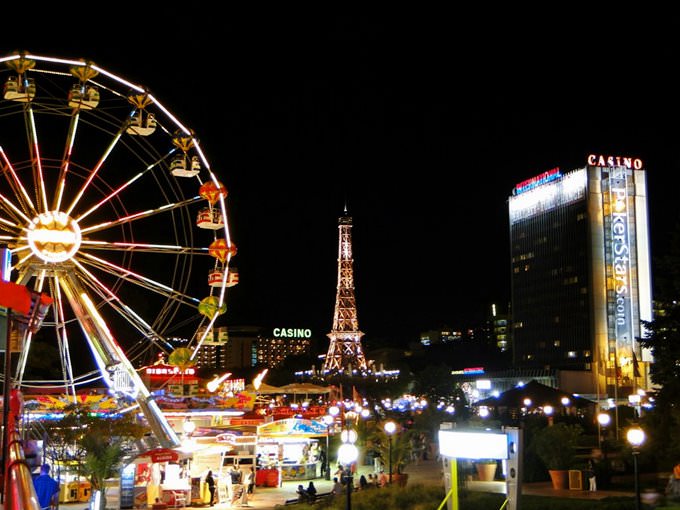 Among festivals in Golden Sands, it is important to mention three popular contests. The first event lasts the whole June. It marks the official opening of the holiday season. This is the time when vacationers can attend numerous dancing, music, and theater performances, as well as interesting art exhibitions. In the middle of June, there is also one more interesting event, the International Children’s Festival. Besides a rich music and dancing program, it is possible to listen to classics performed by children and teenagers. The event takes place in the International Youth Center Serdika.
Your active city break in Golden Sands. Attractions, recreation and entertainment - best places to spend your day and night here
The resort offers its guests to attend various popular entertainment venues. Tourists who want to spend a holiday in the resort and improve their health are recommended to attend special …

Open
The third festival starts on the first week of August. Known as Golden Sands Days, this festival is considered one of the most famous events at the resort town. It is also a kind of culmination of smaller events and competitions that seem to never stop in summer. A visit to this festival is an excellent opportunity to not only enjoy fabulous music, theatrical performances, and dancing shows but also try various attractions, sunbathe, swim in the clean Black Sea, and explore local landmarks. The festival is famous for its friendly, family-like atmosphere that never ceases to attract all fans of quality vacations and make them wish to visit Golden Sands again.

This guide to traditions and festivals in Golden Sands is protected by the copyright law. You can re-publish this content with mandatory attribution: direct and active hyperlink to www.orangesmile.com.
Golden Sands - guide chapters 1 2 3 4 5 6

City tours, excursions and tickets in Golden Sands and surroundings

Colors of Golden Sands in photos

Traditions and festivals in cities around Golden Sands

Varna
Varna residents cannot be reproached for inhospitality or ill-will. If tourists need any assistance, they will necessarily help with all their good nature. Naturally, the locals expect the same attitude towards themselves - courtesy and politeness. When inviting someone to dinner, they always try to create a nice family atmosphere so that the guest can feel comfortable. The ... Open »
Nessebar
All ethnic festivals and holidays are accompanied with music and dance concerts and performances. Traditionally all the participants of the bands and music folk groups are clad in bright ethnic costumes. The style of the festival costumes is considered to be inherited from the casual wear which the local wore for several centuries ago. Folk women suit is considered to be a ... Open »
Burgas
When exploring the city on foot, it is often possible to see small papers with photographs and names of dead people. This is an old tradition in this region – local people tread their deceased relatives with great respect and keep them in their memory. It is prohibited to remove photographs of deceased relatives from house facades. Tourists should also keep in mind that ... Open »
Constanta
Constanta has many interesting symbols that tourists usually discover accidentally. Walking along the waterfront, one can find shops selling beautiful amber products. The traditions of its processing are more than a hundred years old, and now the city has several high-class workshops where they make jewelry and unique souvenirs. Here you can buy traditional amber jewelry or ... Open »
Bucharest
Despite the fact that many people do not connect the image of the Roma people with high intelligence and morality, the Romanian gypsies are very different from the Roma living in other European countries. They devote a lot more time to studying, but art is still the main passion of gypsies. During the day of the holiday visitors can always listen to performance of the ... Open »

Cityguide on traditions, mentality and lifestyle of people in Golden Sands. Learn the best periods to visit Golden Sands to discover its soul - authentic festivals, events and celebrations. We will also reveal the interesting habits, attitude towards the world and to tourists in Golden Sands.