Sightseeing in Charleroi - what to see. Complete travel guide 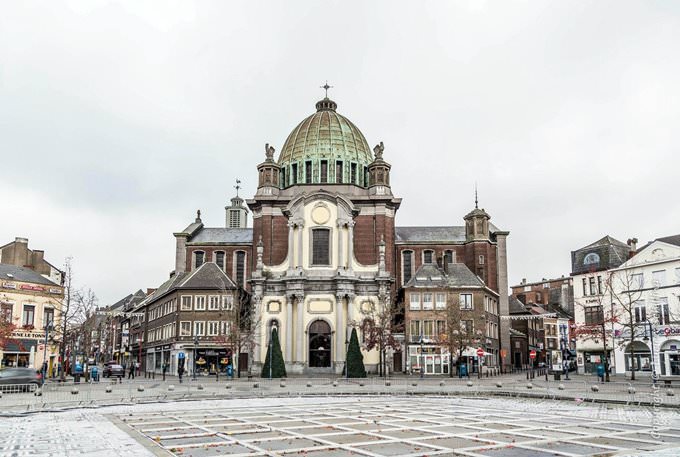 The convenient location of Charleroi has provided this place with the role of the largest transportation hub of European importance. The world-famous airport located here is called Brussels-Charleroi Canal and it connects the city with largest waterways. The role of Charleroi as an important railway junction is also hard to overestimate.
The city’s station, which is located in downtown, is one of the main attractions of Charleroi. It also hosted and Exchange Passage, which became once the country's first shopping arcade. The neoclassical St. Anthony Church is also located in the downtown. You will also enjoy your walk on the picturesque pedestrian Rue de la Montagne. Built in 1936, Hotel de Ville City Hall is topped by the bell tower (74m), and its 47 carillon bells perform a popular melody every 15 minutes. Despite its “young” age this bell tower is included into World Heritage property list by UNESCO.
Among the museums of the city we should definitely advise Archaeological Museum, Museum of Glass, Museum of Photography, Museum of Fine Arts, and more. The latter one exhibits best works of the natives of this city. Copyright www.orangesmile.com
The guests of the city are also recommended to explore its surroundings. Monceau-sur-Sambre Castle built in XVII century will be particularly interesting to visitors. However, you can only explore the outside decoration of the castle as entering it is prohibited. 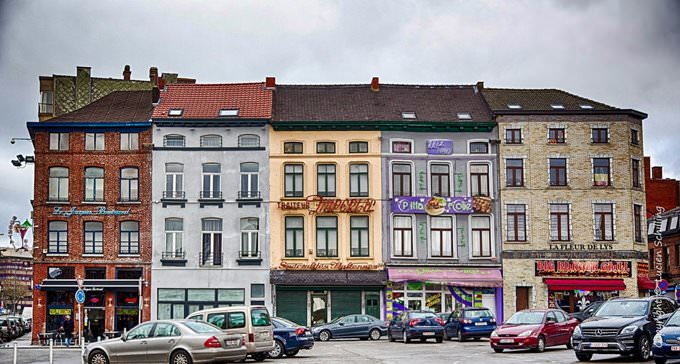 The real architectural masterpiece is the Church of St. Christopher located in the city center is being a fine example of the baroque style. The church was built in 1722, since its opening, it has preserved a lot of unique interior elements. Today, you can see here incredibly beautiful old furniture and admire unique mosaic made of stained glass fragments.
Fans of modern art should certainly visit the museum with the unusual name BPS22. This art museum occupies a very fascinating building and is distinguished by its spectacular design. The unique building was built in the contemporary style. Nowadays, the museum houses the masterpieces of famous artists. The collection of graphic designers works presented here is of great interest too. In the museum, themed events dedicated to different spheres of modern art are often held. 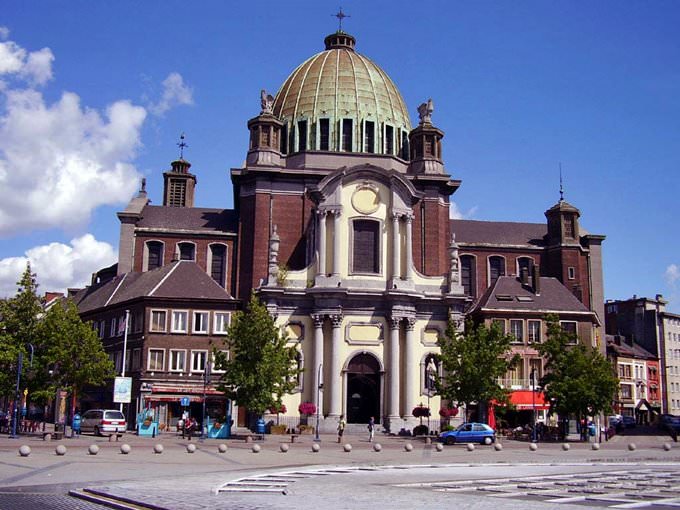 In the city surroundings, history fans can visit the old Cartier Castle. Despite its complex construction, it is one of the most beautiful castles in the region. It was built in 1635 and remained almost unchangeable by the beginning of the 20th century. In 1932, the region saw a large fire that destroyed the historical building almost completely. The old castle was restored in 2001. Now, there is a library in this fascinating old house.
One of the most picturesque places in Charleroi is Albert I Square that serves as a relative border between the Upper and Lower Towns. Around the square, there are beautiful historic buildings built in different periods. In summer, the square is always decorated with spectacular landscape attractions. Here start popular shopping streets. In the vicinity of the square, there are a lot of famous national restaurants. 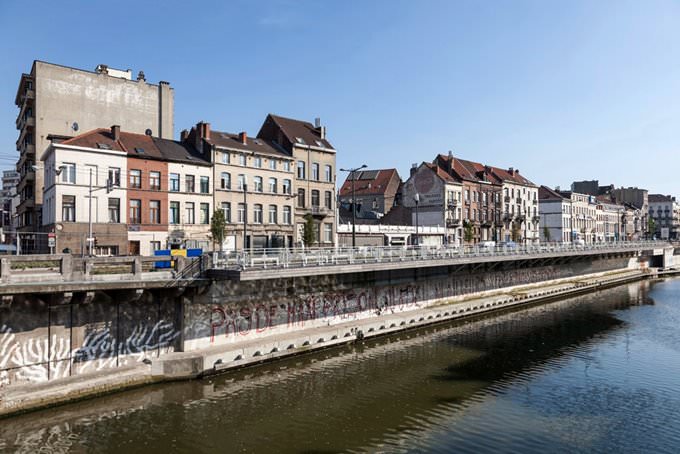 Those travelers who visit Charleroi in summer should certainly take an excursion around the little town of Durbuy. It is famous for its Topuer Park founded in 1997. In the warm summer, the park is decorated with unique garden sculptures. The initiator of setting up the park was one of the natives who are not indifferent to landscape art. He installed the first sculptures in the park on his own.
This guide to iconic landmarks and sights of Charleroi is protected by the copyright law. You can re-publish this content with mandatory attribution: direct and active hyperlink to www.orangesmile.com.

City tours, excursions and tickets in Charleroi and surroundings

Survived castles around Charleroi
♥   Castle 'Château de Seneffe' , 16.8 km from the center. On the map

National and city parks around Charleroi
♥   Regional Nature Park 'Avesnois' , 57 km from the center. On the map

Sights around Charleroi from our guide 'Extreme places on Earth' Distance from Charleroi center - 54.7 km.
The original construction was completely restored, on the ground floor the garage was furnished. For the convenience of the residents the tower was provided with the elevator. The rooms were designed as minimalism. The modern furnishings of the old tower have nothing in common with the old traditions. The elegant colors and the strict forms weigh in the interior furnishing. The original house in the water tower is environmentally friendly and is designed with the natural materials. In addition, the house uses the alternative energy sources, which makes it even more unique. … Read further Distance from Charleroi center - 53.6 km.
The unique building, whose design was developed by the outstanding architect Adre Waterkeyn, is today the landmark of national importance. The huge pipes that connect the spheres have not only a decorative purpose. Inside are the escalators and high-speed trains, with the help of which visitors of the 'atom' can move freely through their entire space. In 2006 the unusual building was completely renovated, after which it even looked more attractive. In the evening Atomium is illuminated by the wonderful illumination. The building is surrounded by the picturesque park with fountains and comfortable recreation areas. … Read further Distance from Charleroi center - 53.5 km.
The park is famous not only for its variety of realistic miniatures, but also for its amazing landscape decorations. At its registration, beautiful lawn, various dwarf trees and bushes have been used. Enjoy this beauty is best of all in summer. According to approximate estimates, the Mini Europe miniature park is visited by about 375000 people annually. The annual income of the park is about three million euros. As a rule, tourists spend at least two hours on sightseeing. The park can be visited from early March to early January. … Read further

Search touristic sites on the map of Charleroi

Sightseeing in regions nearby Charleroi

Namur
The most massive facility of this town is the local Citadel. First walls that surround it were built yet in the Middle Ages. The most recent walls were built a bit more than a hundred years ago. The citadel borders with a spacious park and directly in front of the building is located the so called stadium - a large area with stands. Near the Citadel you will find Chateau de ... Open »
Dinant
In order to visit this magnificent fortress nowadays, tourists need to walk on a staircase with four hundred twenty steps that are carved directly in the rock. There is a faster way to get to the top – to use a cable car. From the top of the citadel, visitors can enjoy a truly fabulous view of the city and surroundings. The scenery is absolutely unforgettable. Memories ... Open »
Brussels
Cinquantenaire Park. Cinquantenaire Park is an ideal place for travellers, who would like to spend their free time far from stress and noise of big city, and who would like to learn something new. This park was created for the anniversary of the independence of Brussels in accordance with the project of Leopold II. The marvellous triumphal arch is the main distinguishing ... Open »
Leuven
Leuven is a city in Belgium located in the province Brabant. Leuven is a port town that stands on the Dyle River and on a channel that connects Leuven with Scheldt. The population of the city estimated 32.2 thousands of people in 1971. The city features well developed sawing, textile, metal processing and chemical industries. The oldest catholic university of Belgium is also ... Open »
Mechelen
When it comes to historical and architectural monuments of the town, we can definitely mention St. Rumbolt Cathedral. Some of the towers of the cathedral have a height of 97 meters. In order to climb to the top of the tower, one needs to go through 514 steps. The observation area on the top of the tower features perfectly visible neighborhoods of Mechelen. When the weather is ... Open »

All about Charleroi, Belgium - sightseeings, attractions, touristic spots, architecture, history, culture and cuisine. Prepare your trip together with OrangeSmile.com - find out the 'must see' things in Charleroi, which places to visit, which excursions to take, where the breathtaking views are waiting for you. Planning your trip with this travel guide will help your to get the most out of Charleroi in few days.