Nature of Canada - national parks and reserves for active recreation 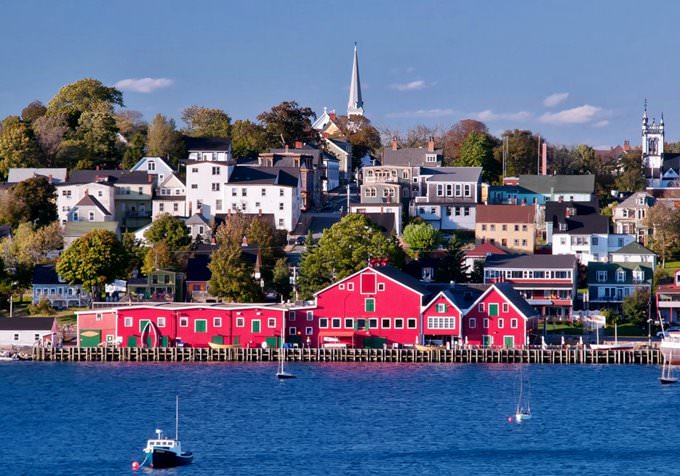 Canada is one of the largest countries in the world, its size second only to Russia. Its nature is unusually beautiful and diverse. The lower part of the country is dominated by a milder climate, but 75% of its territory is considered to be a zone of the north. On its lands there are countless number of lakes, many of them are within Yukon, Nunavut and Northwest Territories. In the south of the country, in the province of Ontario, is the legendary Niagara Falls, 53 meters high and 800 meters wide. Canada is known for its wildlife, untouched forests and a wide variety of flora and fauna. On its territory, 39 national parks are organized, the inhabitants of which are under special protection of the state. The climate in Canada, especially the northern regions, is quite severe, in winter a lot of snow falls.
Unique sights of Canada from our series 'Extreme places on Earth'
These spots really worth the attention of a real traveler-researcher. …
Read further
Canada's largest national park is Wood Buffalo in the Northwest Territories and Alberta. The park is one of the largest in the world. Its flora is represented by coniferous forests, grassy prairies and wild flowers. On the territory of the park live bison, beavers, deer caribou, wolves, nests American cranes. Another large national park, Auyuittuq, is in Nunavut, north of the country. Translated from its Indian name, it means "the land that never parted." On the lands of the park there are settlements of Inuit - the indigenous people of America. Most of Auyuittuq is a cliff, some of which were formed almost 3 billion years ago.
Vuntut National Park is located in Yukon, on the border with Alaska. The name of the park means "among the lakes". On its territory there are hundreds of lakes of different sizes. The fauna is represented by reindeer caribou on which hunting has always been conducted on the territory of the park, as well as bears, wolverines, lynxes, mink, foxes, and martens. In Nahanni National Park, located in the Mackenzie Mountains, there is another well-known waterfall of the country - Virginia. Its height is 90 meters, almost twice as high as that of Niagara Falls. The park occupies the canyons of the South Nahanni River, from which incredibly picturesque views are opened. The park has become a habitat for approximately 500 grizzly bears under the protection of the state. Copyright www.orangesmile.com
Top architectural sights of Canada
Monuments and architectural objects, notable for the history and culture of the country. …
Read further
In British Columbia the Glacier National Park is located, on the territory of which the historic Rogers Pass, through which a railroad was laid in the 19th century, is located. In Glacier you can find rain and snow forests. In the region there is a very large amount of precipitation. Among the trees you can see thuja, yew, boxwood and a huge number of moss and lichen species which grow in the park. The animal world is represented by grizzly bears, mountain caribou and goats, marmots, foxes, squirrels and partridges. In Gros-Morne Park you can watch the continental drift process. The park is located on the coast of the Atlantic Ocean and has a predominantly moraine landscape. On its territory live moose, hares, and is located one of the largest and most beautiful lakes in the country - Uster-Brook-Pond. 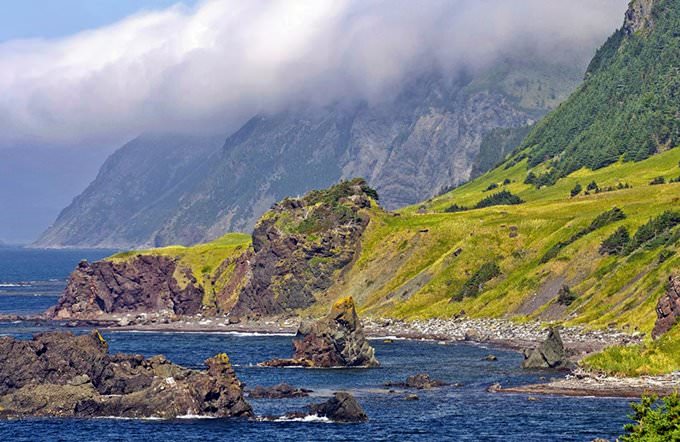 The Prince Albert Park in Saskatchewan is very popular among tourists. In this park there are cultural objects and historical monuments of the tribes of the Indians, who lived on the lands 8 thousand years ago. The park has a very rich animal world. Among its inhabitants are baribals, deer, beavers, badgers, lynxes, wolves, foxes. The park also houses the hut of the famous American writer Gray Owl, where he lived his last days. In the province of Nova Scotia there is the Seibel Island, a sandy island more than 40 km long and just 1.3 km wide. In winter, a colony of long-nosed seals approaches the island to leave their offspring. Ringed seals, ordinary seal, and a crested seal inhabited the surrounding waters.
Canada sightseeing - top places to visit
Canada is a beautiful country that charms its guests with numerous cosy towns, amazing places of interest and landmarks. The majority of sights are …
Read further
On the territory of Canada are the famous Great Lakes, which represent the largest system of freshwater lakes in the world. They are on the border of Canada with the United States. The lakes are the most important places for recreation of locals and organization of navigation. The upper lake is the largest freshwater lake in the world. The water in it is very cold and does not warm above 4 degrees. There is the largest island in the world Manitoulin, on the second largest lake of the group. It is located in the middle of the lake. Other lakes of the system are Michigan (located in the USA), Saint Clair, Ontario and Erie. The lakes were formed over a billion years ago.

Famous places and sights of Canada Toronto also has an observation deck that will appeal to fans of the unusual entertainment. It is located on one of the top floors of the CN Tower. This observation deck is located at an altitude of 356 meters. Visitors are offered to use a special elevator for going there. This viewing platform differs from many others. A part of it is situated outdoors, and guests can visit it during a ride on EdgeWalk.

All fans of walking the roofs are fastened with special safety systems. After that, they can walk on the outdoor terrace without any fear and admire the panorama of Toronto. The indoor part of the site also has an amazing feature; it is equipped with a glass floor giving a breathtaking experience of admiring objects located at the bottom.

Besides the wonderful observation deck in the ... Read all Edmonton is famous for its large-scale shopping centers. This Canadian city has one of the most famous aquaparks in the world, World Water Park. Among its outstanding features, it’s worth noting a huge indoor swimming pool with artificial waves that can be used to practice surfing all year long. Fans of exciting entertainment can enjoy excellent rides, whose names speak for themselves. Those are Revenge of Nessie, Sky Express, and Tropical Typhoon.

The waterpark in Edmonton is the largest in Canada, as well as the largest indoor aquapark in the world. It has been opened in 1986. In a few years, it has become so popular among tourists that it was decided to build a hotel. In the warmer months, the camping is available for travelers from distant cities and foreign countries. Many ... Read all
All unique sightseeing Canada

Cultural sights in regions of Canada

Montreal
The Hugh Allan mansion is located near the palace. The best landmark of the Hispano-Moresque style is justly considered to be the Clarence-Sole mansion. Plenty of historical landmarks and variety of different architectural styles fused in original building complexes will turn a walk though the historical quarter of … Read more

Toronto
The most important cultural center of the city is the Royal Ontario Museum. Its exposition is devoted to nature and world culture; it has more than six million exhibits. The museum houses a worthy collection dedicated to prehistoric animals, as well as a huge number of stores with art and archaeological finds. Art … Read more

Quebec City
The Museum of History and the Museum of Civilizations are also among popular cultural institutions of the city. The latter is a great place to learn about history and culture of different nations. Its spacious halls exhibit a large collection of archaeological, historical and ethnographic items, as well as handicrafts … Read more

Vancouver
The biggest part of architectural sights is located in Gastown Street. This is where miners built their first houses. This part of the city has retained its inexpressible atmosphere of adventure. Downtown is completely opposite to the old part of Vancouver. This is a large business center with numerous modern … Read more

Calgary
Fort Calgary Historic Park is an equally important attraction. The construction of the fort was completed in 1875. The massive structure existed until 1914. In the beginning of the 20th century a large railway company decided to destroy the old fort as it prevented construction works. In 1970 archaeologists discovered … Read more

Ottawa
The tower houses the Memorial Chamber on the first floor. The Chamber keeps a book with 66 650 names of city residents who died during the war. Another significant and tourist attracting architectural landmark of the city is the building of the City Hall. In the nearest neighborhood to this city landmark tourists will … Read more

Canada: Map of sightseeing in regions