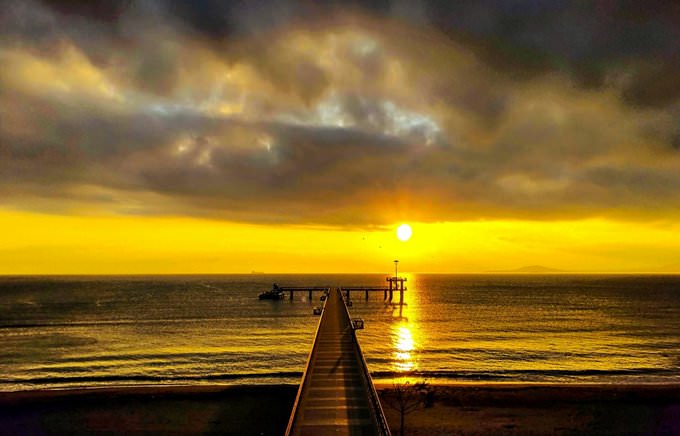 Habits and traditions of local people are quite peculiar and so they might look quite strange to some foreign travelers. For example, local people move their head from one side to another as a sign of agreement, and they can nod when they do not agree with the opinion of an interlocutor. As in the majority of countries these signs have completely the opposite meaning, unaware foreign tourists can be confused or misunderstand locals.
Best hotel choice for romantic escape, wedding or honeymoon in Burgas
Bourgas has many attractive hotels with a romantic atmosphere, and Boryana Hotel is very popular among couples. Its bright rooms draped with snow-white fabrics are created specifically for a …

Open
When exploring the city on foot, it is often possible to see small papers with photographs and names of dead people. This is an old tradition in this region – local people tread their deceased relatives with great respect and keep them in their memory. It is prohibited to remove photographs of deceased relatives from house facades. Tourists should also keep in mind that they shouldn’t take pictures of these photographs.
Politeness and frugality are among the most obvious traits of the national character. Tourists can see their reflection in virtually everything. It doesn’t matter how serious argument is, local people never raise their voice. They will keep defending their point of view in a very polite but, nevertheless, stubborn way. Local architecture is a wonderful example of local frugality – residential buildings resemble tiny fairytale houses. Charming small windows and doors only add elegance to the overall look. Inside, visitors will not find any massive items, even furniture looks elegant and airy. The design can be left unchanged in many theaters, dining venues, and shops for decades. This is also a sign of conservatism and careful approach to the interior design. When exploring local streets, it is impossible to fail to notice how tiny and clean they are. Spacious avenues are surrounded by perfect rows of trees and bushes and every flowerbed is a true piece of art. Copyright www.orangesmile.com
Shopping in Burgas - main shopping streets, outlets and boutiques
In 2012 in Burgas, the opening of a new shopping center Mall Galleria Burgas took place. It immediately gained popularity among local residents and tourists. Within the walls of this …

Open
Local culinary traditions are also not deprived of interesting peculiarities. The national cuisine is an unusual combination of various culinary trends. Some dishes will look exotic even for experienced foodies. For example, it is hard to find tarator soup in many countries of the world. This is a clod soup cooked from fermented milk and cucumbers. The soup tastes fresh and quite unusual. As it is hard to find it in other countries, tourists are recommended to give it a try. Locals are not very punctual but they are always ready to help. Tourists shouldn’t be offended if someone is late for a meeting because deliberation is also one of the main peculiarities of the national character in Burgas. 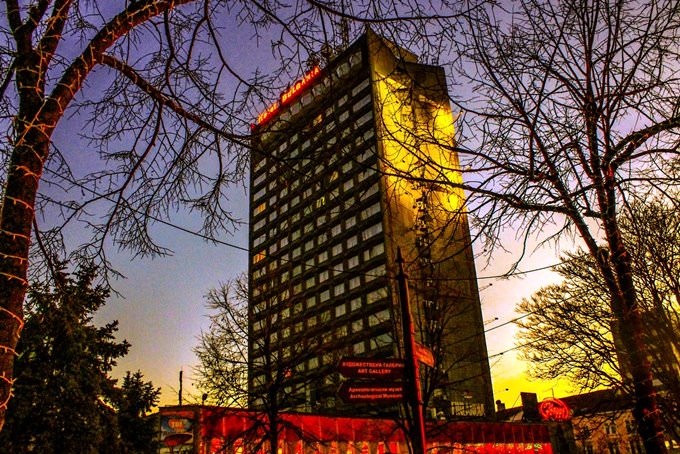 Cultural life in Burgas is interesting and diverse. Tourists of any ages, both single and families with children, will find interesting events to attend. Music fans are well-aware of this city because it hosts one of the most famous music festivals in Europe – the Spirit of Burgas. The annual festival takes place in summer on the Black Sea coast. As a rule, it takes place in August. Since 2008, it has become a major music event in Europe that is also sponsored by MTV Europe.
Guide to Burgas sightseeing - things to see and to visit
Burgas is one of the most famous Bulgarian resorts. It traditionally attracts guests by spacious beaches and beautiful nature. The Central Beach is considered the biggest one in Burgas. Its …

Open
Tourists who are not very interested in modern music and do not like stadiums with thousands of viewers may find the International Folklore Festival worth of their attention. This music event, which also takes place in August, is an interesting and hassle-free way to get acquainted with the folklore of Bulgaria and neighboring countries. The annual event was launched in 1999. For several days, the city becomes the center of art, music, dancing, and national crafts. Interesting performances, art exhibitions, music shows, and stalls with traditional souvenirs await visitors of this festival.

This guide to traditions and festivals in Burgas is protected by the copyright law. You can re-publish this content with mandatory attribution: direct and active hyperlink to www.orangesmile.com.
Burgas - guide chapters 1 2 3 4 5 6 7 8 9 10 11 12

One of the most interesting features of the Bulgarian mentality is the way of consent. If practically in the whole world (with the exception of a few countries) it is accepted to nod your head in agreement, then the Bulgarians, on the contrary, are confirmed by a turn of the head to the left and to the right. And, on the contrary, negation is accompanied by a nod of the head from top to bottom. Such an unusual feature causes difficulties in dealing with foreigners, but it's quite easy to get used to this manner. There is a legend about the reasons for this tradition. If you believe it, in ancient times, the Turks, forcing the Bulgarians to change their faith, put a knife to their throats - if the Bulgarian responded with consent to renounce Christianity, he was cut off by his throat. Therefore, the locals had to be a bit inventive and changed the system of gestures. … Open

Colors of Burgas in photos

Traditions and festivals in cities around Burgas

Nessebar
All ethnic festivals and holidays are accompanied with music and dance concerts and performances. Traditionally all the participants of the bands and music folk groups are clad in bright ethnic costumes. The style of the festival costumes is considered to be inherited from the casual wear which the local wore for several centuries ago. Folk women suit is considered to be a ... Open »
Varna
In Varna, people have fun like nowhere else in the world. And you should definitely check it out. One of the most popular festivals in the resort capital of Bulgaria is the Varna Summer lasting 3 months between the end of June to the end of August at the Summer Theater, the Congress Center, the City Art Gallery and the Opera House. The event is devoted to classical music and ... Open »
Golden Sands
Tourists who can speak English will have no communication problems at the resort. Staff in hotels and shops usually knows English. It might be, however, hard to understand elderly people. Among local specialties, don’t forget to try Shkembe Chorba (tripe soup with milk, oil, paprika, and spices), Tarator (cold milk soup with cucumbers, walnuts, garlic, and fennel), Kofta ... Open »
Istanbul
Istanbul residents value their homes, so they always remove their shoes when they enter a house. This rule applies to mosques, which are also considered the house for everyone. Food is one of the most important aspects of life. The Turks can talk and argue on this topic endlessly. But when it comes to alcoholic beverages, the locals are more than careful - alcohol is banned by ... Open »
Constanta
In their free time, tourists will have the opportunity to explore all facets of traditional arts and crafts, which have their place and time even in the conditions of the modern rhythm of life. The most popular type of applied art is cross-stitch embroidery, which serves as the main decoration for all national clothes. Today, the city has many specialized stores selling ... Open »

Cityguide on traditions, mentality and lifestyle of people in Burgas. Learn the best periods to visit Burgas to discover its soul - authentic festivals, events and celebrations. We will also reveal the interesting habits, attitude towards the world and to tourists in Burgas.