Active vacation in Bulgaria - things to do, entertainment and nightlife 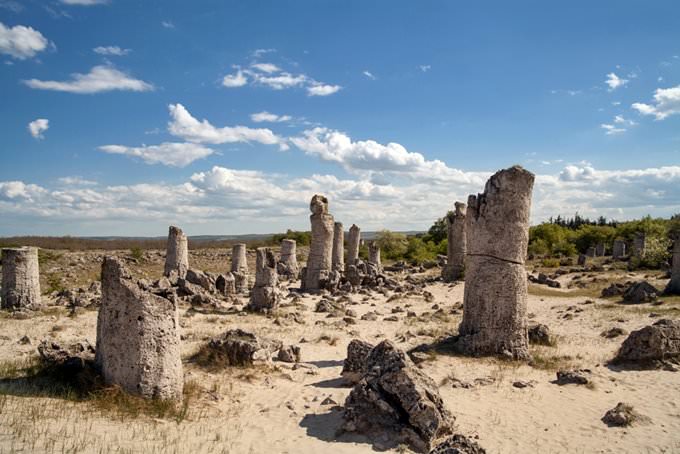 Bulgaria has a magnificent climate. The country is located on the Black Sea coast and is a popular place for a beach holiday. However, beaches are not the only entertainment; the country offers ample opportunities for active tourism. On numerous rivers you can go rafting, kayaking, and on the beach there are all conditions for windsurfing. Ski resorts in Bulgaria are gaining popularity, infrastructure is developing on them, new hotels and ski lifts are being created. In the country's reserves you can go on a hiking trip, make an exciting climb in the Balkan Mountains. For those who want to improve their health during the rest, several balneological resorts operate in Bulgaria.
Most romantic hotels in Bulgaria
The best hideaways for couples in love, as well as top hotels for wedding and honeymoon.
Read further
In Bulgaria, local tour operators offer a fairly diverse program of hiking tours. On many trails, tourists can go unaccompanied, so that no one interferes with contemplating the unique Balkan nature and enjoying amazing views. A very popular destination for trekking is the Rhodope Mountains. Throughout the journey, travelers will be able to see the longest cave in Bulgaria, one of the highest European waterfalls, lakes as well as alpine meadows. Another popular route is in the Balkan part of the country and passes through the Rila mountains. The height of the local mountains is about 3000 meters. One of the largest historical monasteries of the country is on the way.
Another popular and desired area for active tourism in Bulgaria is horse riding tours. Such a journey will be less tiring, and communication with these animals will bring unforgettable impressions. Tourists will be able to go on a horse tour at the foot of the Balkan Mountains, visit beech forests, visit a monastery located on a rock and founded in the 13th century. Another horse route passes through the lands of the Northern Old Plain, rich in historical sites. On the way of movement along this route, tourists will be able to see numerous churches, towers, fortresses and old houses. In the villages, ancient houses have been preserved, which will make it possible to form an idea of the way of life of the Bulgarians. Copyright www.orangesmile.com
Admire style in every aspect? Selection of the best design hotels in Bulgaria
Great attention is paid to the design of hotels and the choice of their style in Bulgaria. In the Park Maxi hotel in Velingrad, the interiors are …
Read further
Biking is also incredibly in demand. The mild climate and delightful nature make this way of traveling around the country very exciting. You can go to the Balkan Mountains for cycling. The route passes through the Balkan Central National Park and allows you to literally plunge into the past - on the way there are ancient cities and villages that look the same as 200 years ago. In the central part of the Balkan region of the country, you can go on a journey to the monasteries. Throughout the route there are more than 10 different historical sites, including Veliko Tarnovo, which for many centuries was the capital of the ancient Bulgarian state. 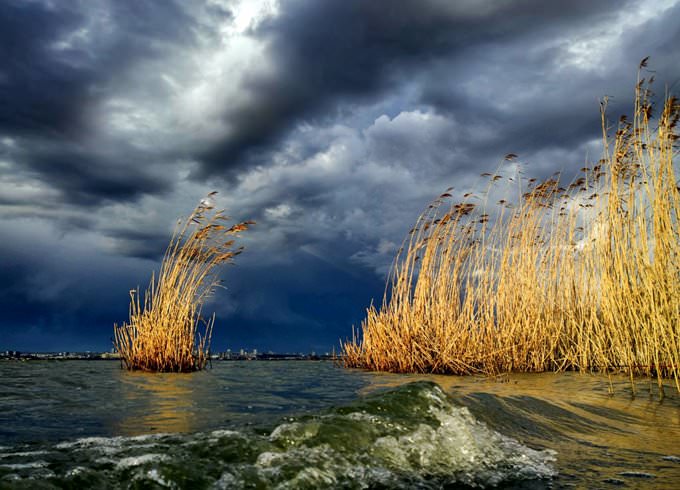 Diving is another area for active recreation in Bulgaria. The largest diving center is in Nessebar, near the old pier. Diving off the shores of the Black Sea is inferior in picturesque to the Red or Tropical regions, but in Bulgaria on the seabed you can find a rich underwater world and get acquainted with its inhabitants. 40 kilometers from Varna there is another popular place for diving - the sunken Roman port, located at a depth of 12 meters. During the world wars, many ships sank off the coast of Bulgaria. Most of them today also became diving grounds.
Top Bulgaria hotels for most demanding travelers
Bulgaria is considered a country with democratic prices for recreation. Despite this, at its resorts you can find unique fashionable hotels, the rest …
Read further
One of the best ski resorts in Bulgaria is Borovets, located near Sofia. Since ancient times this place was the residence of the Bulgarian kings. The ski complex offers the longest and most diverse routes. Another popular place - Bansko, is on the Pirin Mountain, which in its relief resembles the Alps. Around the resort is located Pirin Nature Reserve, where you can walk and relax after the descents. One of the most modern resorts is Pamporovo in the Rhodope Mountains. The resort is known for its developed infrastructure, the total length of the trails is more than 20 kilometers. In addition to skis, the complex has created conditions for running cross-country skiing and biathlon.

Entertainment, recreation and attractions in cities of Bulgaria

Sunny Beach
It is famous for its excellent spa and wellness centers, many of which now constitute a single complex with the local hotels. Globe and Burgas in the hotels of the same name are considered the most famous centers. They provide a wide range of health and beauty programs for customers; in health centers there are excellent conditions for recreation. Those who prefer outdoor activities would like the resort too. In its territory there is the famous Action water park. It is located in the western … Read more

Bansko
The Pirin Street is the liveliest place in the city where tourists will find popular shops, bars, and restaurants. This is the place where tourists buy memorable gifts, such as colorful decorations in the traditional style, national costumes, and other authentic souvenirs that are extremely popular with vacationers. There is an amazing alley with original monuments, benches, and landscape ornaments in the center of the street. It is a perfect place for a relaxing stroll and memorable photo … Read more

Golden Sands
Fans of active rest are offered to enjoy a great choice of entertainment - windsurfing and scuba diving, jet skis and yachting, fascinating excursions on sea buses and romantic cruises - every day of rest here can be truly unforgettable. The territory of Golden Sands is also home to several attractive parks that are perfectly suited for various sports activities, hiking and cycling. Fans of extreme entertainment will never be bored in this resort as parasailing and skydiving are as common here … Read more

Varna
Fans of nature should not forget to visit the local terrarium, in which you will find animals from different parts of the world. The opening of the terrarium took place relatively not long ago, in 1998. Every year it is visited by more and more tourists. A beautiful historic building of the early 20th century is the location of Aquarium. This is a great way to get acquainted with inhabitants of the Black Sea. The aquarium maintains a comfortable atmosphere that is close to natural habitat … Read more

Plovdiv
The Park opened in 2006. It has been a popular holiday destination ever since. So if you decide to go here on a weekend, then be prepared for numerous visitors. You can find a Park on the territory of the hotel complex of the same name. If you really want, you can stay in a hotel. You do not have to pay for a visit to Aqualand in this case. In addition to a special wave pool, there are sixteen slides both open and closed type for the entertainment of visitors. The most popular are the extreme … Read more

Nessebar
The health resort offers scenic beach areas which are well equipped for comfortable rest and leisure of guests. The Sunny Beach is the largest health resort on the territory of the country. Its visitors get a chance to enjoy various kinds of water attractions. The local water attraction park named Action will be of great interest for on water leisure fans. The area of the water park features playing grounds for kids of all ages, numerous water slides and swimming pools with equipped terraces as … Read more