«« BEGINNING - PART I
Video of flights over top monuments of Budapest in HD format.
Use 'Full Screen' mode.
Any guide of Budapest would be incomplete without a review of its most impressive architecture monuments - Buda Castle, State Opera House, Szechenyi thermal bath, Gresham Palace, Museum of Applied Arts and many others. It’s difficult to overestimate their historical and cultural importance for Hungary. The style and architecture of any of these landmarks are worth a visit when you are on vacation in Budapest. However, you can virtually visit any of these wonderful monuments without leaving your comfortable chair. For that purpose, simply 'fly' over the 3D model of Budapest that was created by OrangeSmile and GoogleEarth. All you need to do is to click the video on this page. 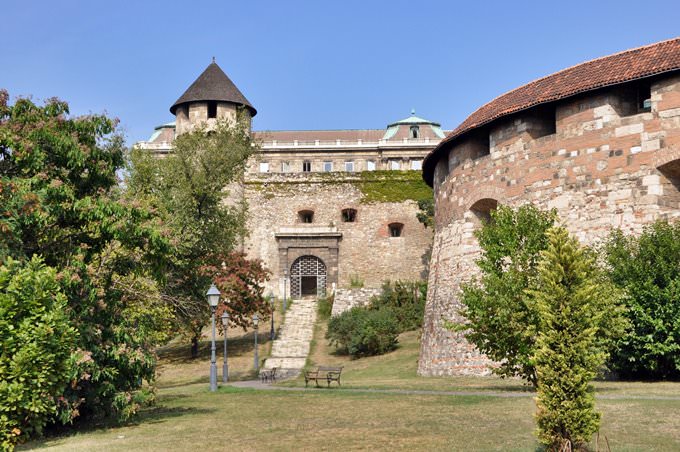 Facts:
» The Buda Castle is the historical castle of Hungarian kings in Budapest.
» The fortress has been rebuilt and restored for several times.
» The oldest part of the present castle was built in the 14th century.
» Gradually, the castle became a cultural center with museums of Budapest (the Hungarian National Gallery, the Budapest History Museum) and the National Library.
» The Buda Castle is decorated with the equestrian statue of Saint Stephen, who was canonized for Christianization of the Hungarians. 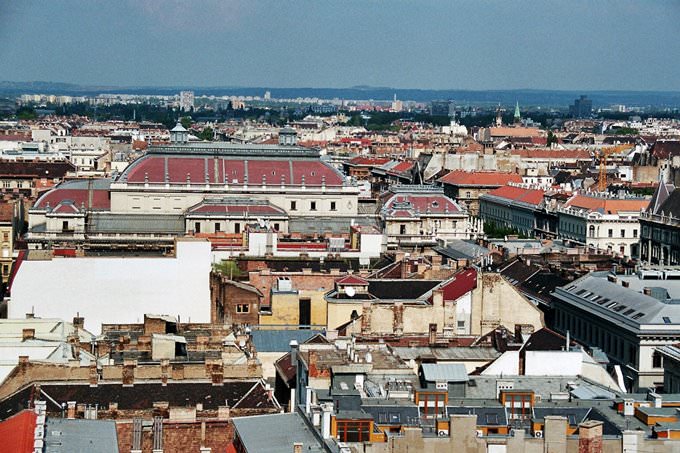 Facts:
» The State Opera House is the biggest Hungarian Opera House, accommodating 1,261 seats.
» The State Opera House is also the main stage for the Hungarian National Ballet.
» The building of the Opera House has a horseshoe shape and occupies the third place on the acoustics in Europe after Milan's La Scala and the Paris Opera House.
» The theater building was constructed in neo-Renaissance style by architect Miklos Ybl and richly decorated by ornaments, sculptures and paintings in Baroque style. Paintings of Bertalan Szekely, Than Mor and Karol Lotz, which can be seen along the stairs inside the building and in the auditorium, are particularly notable. 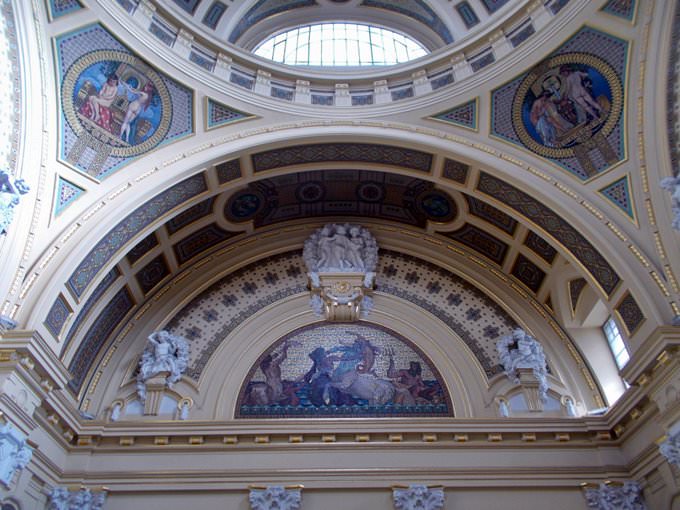 Facts:
» Szechenyi thermal bath is the largest bath complex and spa in Europe.
» Baths are supplied with thermal water from the St. Stephen Well Nr.2, which has been put into operation in 1938, and six smaller cold water wells.
» Different types of therapy are available at the bathhouse.
» Healing water of bath is recommended to those suffering from degenerative diseases of joints, as well as to complement the treatments of chronic and semi-chronic inflammation of joints, orthopedic therapy, and post-traumatic rehabilitation.
» Water from Szechenyi thermal bath is used by the Budapest Zoo for bathing hippos, because its chemical make-up is similar to the composition of Nile. Due to that water the hippo family living in the zoo annually gives offspring, although usually hippos aren’t breed in captivity. 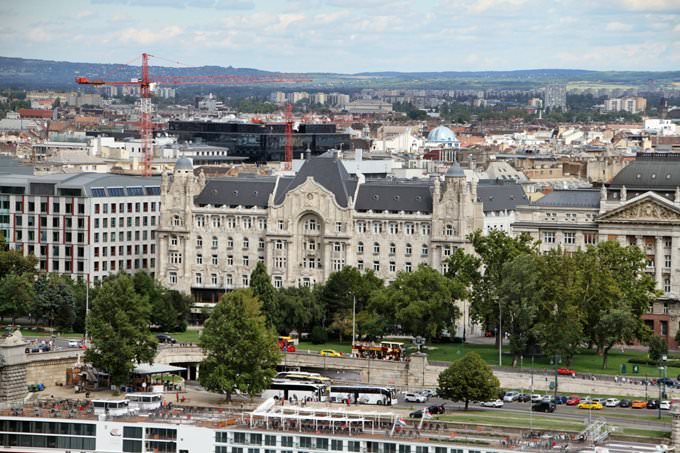 Facts:
» The Gresham Palace is the architectural monument built in 1907 in Art Nouveau style specifically for Gresham insurance company.
» Facade of the castle is decorated with numerous rounded elements, smooth crossings and floral ornaments.
» World War II and post-war Communist government of Hungary have brought Gresham Palace to ruins. Only in 1989, the palace was passed into the hands of a private owner of the professional management company, Roi, which raised $85 million for restoration of the monument and its conversion into a luxury hotel.
» Since 2004, the Palace Gresham houses the most expensive five-star hotel in Budapest, Seasons. 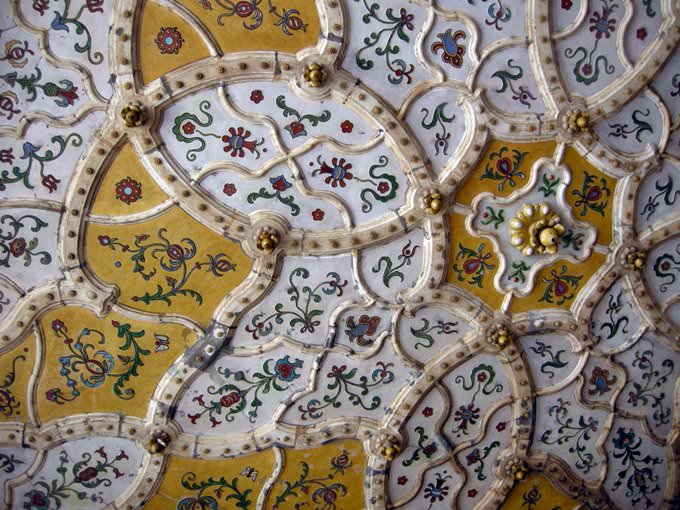 Facts:
» The Museum of Applied Arts can be easily recognized due to its conspicuous roof tiles of emerald color. The museum opened in 1896, the year of the millennium of Hungary.
» The museum is located in a building constructed in style of Art Nouveau in the 1893-1896.
» Its exhibition features unique works by Hungarian and European art from the 16th century to the present day. The main exhibition of the museum consists of glass, ceramics of the Hungarian factory Zsolnay, textiles, clothing, china, musical instruments, jewelry, tableware, clocks, and family treasures of aristocratic Esterházy family.
» Terraces and balconies located around the perimeter of the huge museum under a glass dome and leading directly to the halls of the exhibition are of particular interest. 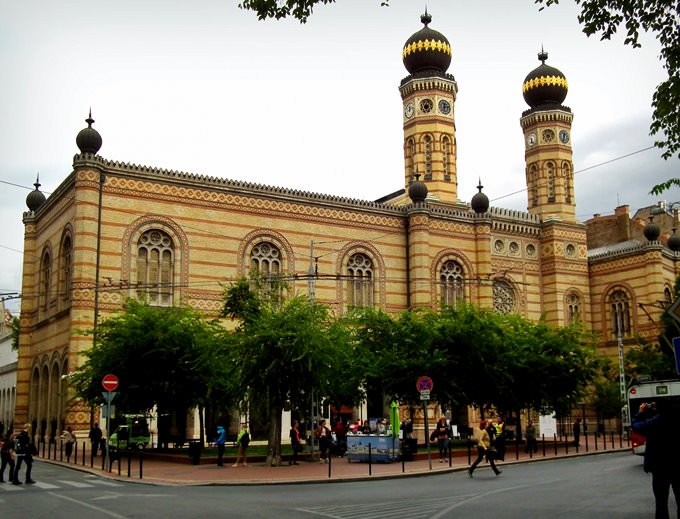 Facts:
» The Dohany Street Synagogue is the largest synagogue not only in Budapest, but also in Europe.
» The area of the synagogue is 1,200 m2.
» The height of towers of the buildings is 44 m.
» The synagogue can accommodate more than 3,000 worshipers.
» The synagogue is a 2-storey building with three naves of white and red brick decorated with colored ceramics, amazing cornice and rose-style window.

Plan your own tour over Budapest on the monuments map Search for architecture monuments of Budapest on the map

Tours through neighbours of Budapest

Bratislava
According to the historical data, the predecessor of the castle in Bratislava corresponds to the time of the appearance of the Egyptian pyramids (the second half of the 3rd century BC). The building constructed on the hilltop consists of the palace with towers (one of them dates back to the 13th century), defensive walls, gates, and a park. There are corner towers in the quadrangular construction. The exterior of the castle has been preserved ... Open »
Vienna
The Rathaus serves as the seat for both mayor and city council of Vienna. The town hall made in the Gothic Revival style was built in the late 19th century. The main hall of the Rathaus is of great interest for tourists, as its length reaches 71 m. This room is decorated with sculptures of famous Viennese. The hall is often used for exhibitions, concerts and balls. In total, the Rathaus hosts about 800 events per year. The central tower of ... Open »
Krakow
Wawel is the architectural complex on a hill in Krakow. The complex consists of numerous buildings and structures, but the biggest and most famous of them are the Royal Castle and the Cathedral of St. Stanislaw and Waclaw. Wawel is a very important place for the Polish, which was originally the center of political power and the seat of Polish kings. During the 20th century Wawel has being the residence of Poland governors. After the invasion ... Open »
Sarajevo
The Cathedral of the Nativity of the Blessed Virgin Mary was constructed in 1863 on the petition of the Orthodox Community that asked the government of the Ottoman Empire for building the House of God. The sultan donated 556 gold coins to the construction of the temple. Merchants of Sarajevo paid the missing amount. The Russian Government gifted church utensils, theological books, robes for churchmen, and icons. The best artists were ... Open »
Lviv
The theatre was designed by a European architect. He managed the construction that started in 1897. The architectural complex is located on the avenue along the river. For the first time, concrete blocks were used as the basis for a future building. The construction lasted 36 months. Money was allocated from the city budget, but citizens donated some amount as well. The building was ventilated, heated, and electrified. ... Open »
OrangeSmile.com - online travel reservation expert providing reliable car rental and hotel booking services. We feature more than 25.000 destinations with 12.000 rental offices and 200.000 hotels worldwide.
Secure Server